Welcome to the Blog Tour for Harrow by Amanda Troyer! Today I have a great excerpt to share with you as well as an awesome giveaway for a print copy of Harrow--not to be missed! 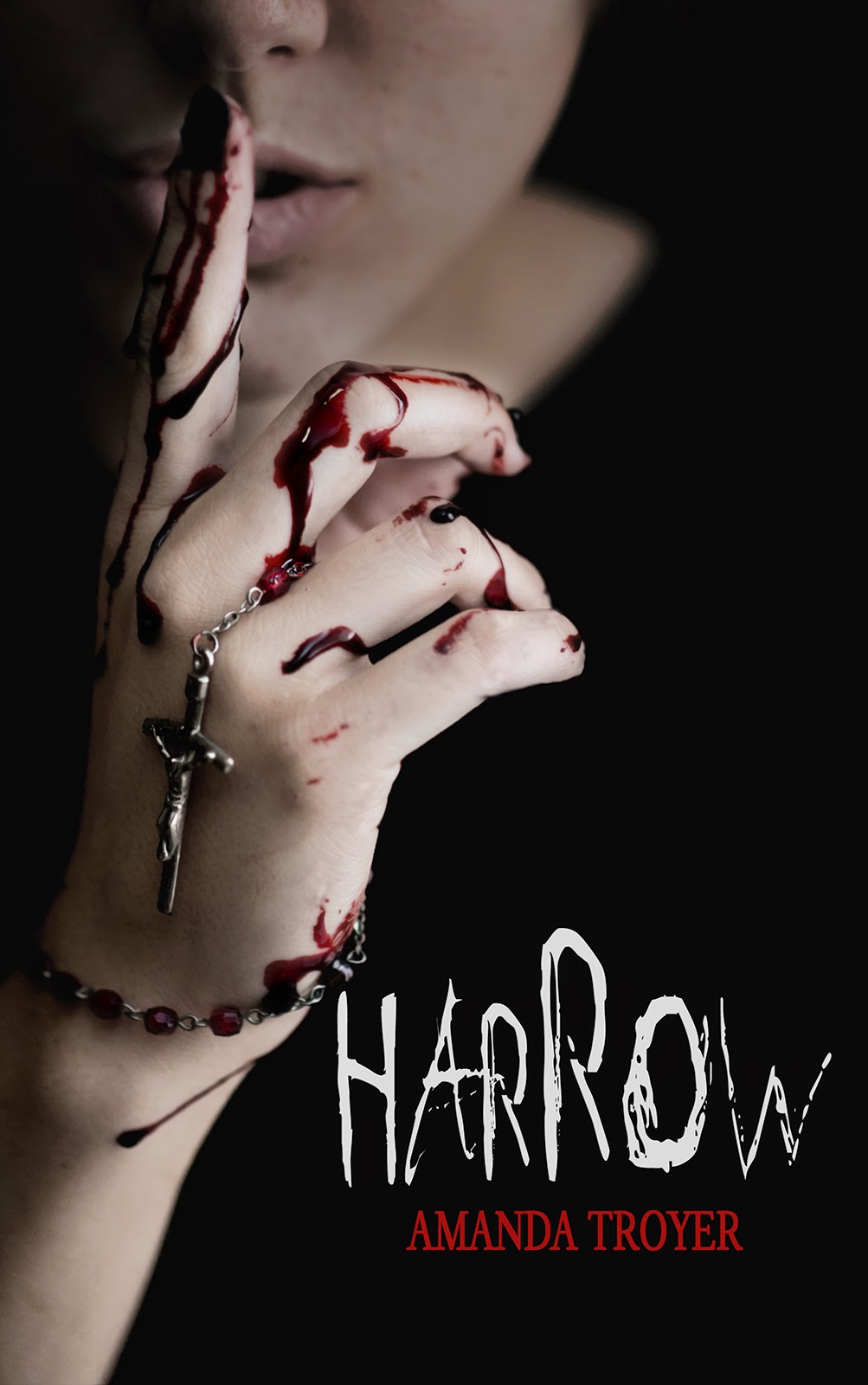 Sixteen-year-old Brenna doesn’t believe her vivid imagination can hurt her, until she wakes up in a church, covered in blood. Blood that isn’t hers.

She thinks her life can’t get much worse, but when she finally finds a way to escape her abusive home, her imagination turns to nightmarish hallucinations.

Niven likes staying inside the abandoned church, hiding from his violent father. The two bond through art and misery, but Brenna knows good things in her life don’t last long.

Her delusions take a horrific turn when she thinks she sees two men gruesomely murdered by a monster in the church basement, but in the end, she’s the one with blood on her hands.

"Brenna..." Danny sing-songs my name, and I can’t help the sick feeling in my gut that says this time I won’t be as lucky as the last. Their heavy boots crush twigs and dried leaves, a dozen yards from where I’m crouched, as branches dig painfully into my skin. I don’t dare breathe. They circle back, checking behind bushes at the edge of the church property, careful not to leave an inch unsearched.

"Come on, girly," Nate calls for me, pleading in fake desperation. "We won’t hurt you. We just want what your sister stole."

Like that isn’t something I’ve heard my entire life. ‘Come here, I won’t hurt you’ is almost always followed by, ‘You shouldn’t have done that’ or ‘you forced me to’. I never walk away from that phrase without pain.

Danny is still wearing the hat, that I’m sure is to hide his receding hairline, and looks ready to explode. His body is tan and toned, but his hair is out of his control. Just like me. He takes the red hat and crushes the brim in his giant hands wringing, and wringing, until a tear forms at the edge. He notices, and throws it to the ground.

"We’re going to find you, you little bitch, and when we do…" He pauses and smirks. "It’s not like anyone will give a shit that you’re missing."

It doesn’t hurt as much as he’d like it to. I know no one would miss me, but I don’t really feel like committing suicide about it just yet. They start yelling at each other but they have walked far enough away now that I can’t understand all of what they say. While stealing glances back at the two men I feel along the stone wall in dappled light until I hit a sharp edge. There’s an alcove that holds a tiny stained glass window, but when I push it doesn’t move. Sneaking inside a possibly haunted church isn’t my first choice, but considering how fast they run, it looks like my best option. The row of bushes end at the next window, and I watch the men argue for a quick second before I crawl forward as lightly as possible.

Mulch scrapes my knees, and shins, and sticks to my hands, but I can’t stop. I check them again as I reach the window, and they’re watching the hedges in my direction. They can’t possibly see me though, I can barely see them. I look at my dirty fingers and realize the thick silver bracelet is reflecting the little pockets of light. My heart stops as they start a slow saunter toward me. Their faces are smug but there is a certain level of murder in their eyes too. I frantically kick behind me at the window, at least if I break it I’ll just be bloody and safe, not bloody and dead.

"I told you we’d find you." Danny squats down, and I kick again behind me, feeling like a donkey but I don’t care. I cry out when he grabs at my wrist but the kick opened the window. I shove hard off the trunk of the shrub, and slide through the awning.

My feet hit the floor, followed by my butt, and my back, before I hit my head against a wooden barrel. The window slams shut, I hear it click like a lock as the two men try desperately to open it. Not that they could squeeze through if they manage to get it unstuck. I sit up on my hands and they aren’t just covered in mulch, but some kind of basement slime too. I’m really glad I chose glue instead of stitches. I stand and brush them off on my shirt, but I can’t tell if it’s helping. It’s too dark. All the light shining in from the three multi-colored windows ends, abruptly in mid-air, two feet into the room. Darkness drew its territory line, and the light isn’t permitted to cross it. 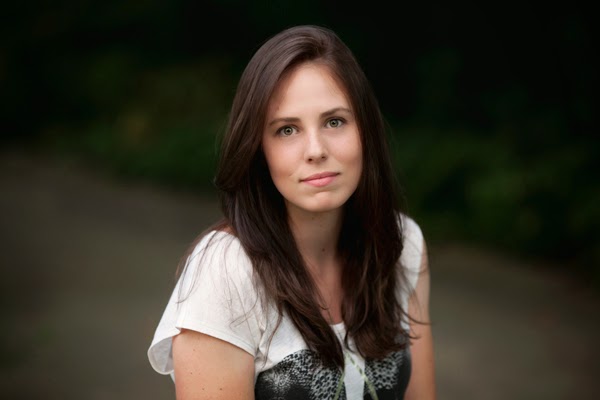 Amanda hasn’t always been a reader, but she’s always been a daydreamer.  Once her sister started giving her young adult books, she realized books fuel her daydreams and has since become an avid reader and a writer as well.

**I want to say a big thanks to Amanda Troyer for inviting me to be a part of the fun with this tour!**