Book Shelf: Avery (The Chronicles of Kaya #1) by Charlotte McConaghy 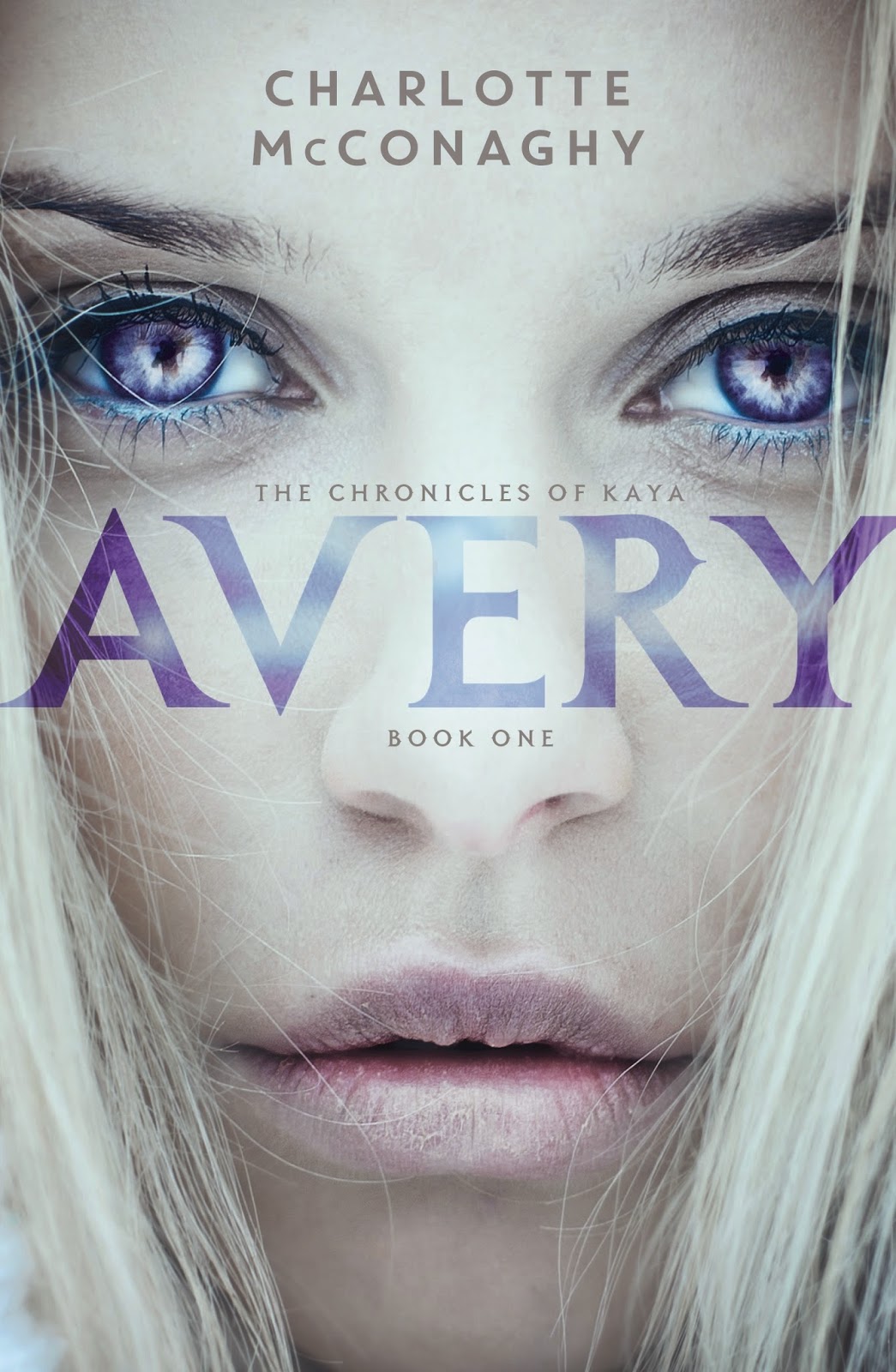 The people of Kaya die in pairs. When one lover dies, the other does too. So it has been for thousands of years – until Ava.

For although her bondmate, Avery, has been murdered and Ava’s soul has been torn in two, she is the only one who has ever been strong enough to cling to life. Vowing revenge upon the barbarian queen of Pirenti, Ava's plan is interrupted when she is instead captured by the deadly prince of her enemies.

Prince Ambrose has been brought up to kill and hate. But when he takes charge of a strangely captivating Kayan prisoner and is forced to survive with her on a dangerous island, he must reconsider all he holds true . . .

In a violent country like Pirenti, where emotion is scorned as a weakness, can he find the strength to fight for the person he loves . . . even when she’s his vengeful enemy?

Avery is a sweeping, romantic fantasy novel about loss and identity, and finding the courage to love against all odds.

Avery is an absolutely beautiful and sensationally told fantasy tale by Australian author Charlotte McConaghy that introduces readers to vivid and highly imaginative world with two sides at war and is a heartwarming, touching story of redemption, healing and power of allowing oneself to love again!

From beginning to end Avery blew me away; plain and simple. I headed into the novel with high expectations and Charlotte McConghy certainly met them. The moment I began Avery I was instantly drawn into the stunning world McConaghy has envisioned and swept up in the journeys of the four characters whose POV’s we follow throughout the novel.

Avery introduces readers two different warring lands; Kaya a place where people die in pairs after bonding with their other half and mate, and Pirenti, a land known for its formable soldiers and barbaric ways, ruled by a brutal Queen who aims to bring the Kayan people to their knees. Avery follows four very different individuals from both domains; Ava, a broken Kayan woman who lost her mate Avery two years before but miraculously managed to live on, becoming a shadow of her former self and driven only by revenge for her lost love; Ambrose, the second Prince of Pirenti, a fierce solider who captures Ava masquerading as Avery and takes “him” prisoner; Thorne, the eldest Prince of Pirenti, Ambrose’s brutal older brother who is a known killer and first in line for the Pirenti throne, and Roslyn, Thorne’s wishful wife who is mocked and scorned for her mental unstableness and who is at Thorne’s whim.

I really appreciated seeing this novel unfold through the varying POV’s. We’re introduced to two kingdoms at war with one another, with one as brutal and as barbaric as you can get, and yet author Charlotte McConghy manages to make you really feel about her characters. You can’t help but think about the complexity of human nature as you read this story. The line between good and evil blurs and who is in the right often changes from situation to situation. Our characters make bad choices and the wrong decisions and they don’t always do the right thing, but they’re so complex and layered, and really grow. Honestly it’s impossible to not become invested in their individual pursuits and dreams and as McConghy weaves their lives together, you’ll find yourself even more invested in the inevitable outcome.

The seemingly broken and vengeful Ava, also known as Avery is one of the four characters we follow, if not the most important one. Ava has been left a shell of the person she used to be after the death of her mate Avery, and this novel really is her story of learning to live, and love again. Ava’s thirst for revenge leads her to Pitrenti where a failed attempt to assassinate the Queen sees Ava dragged by Ambrose to one of Pirenti’s most infamous prisons. Along the way Ava, disguised as a boy and known as Avery begins to form an unexpected friendship with the formable warrior and soon finds herself actually feeling again, more so than she has in a long, long time.

Ava and Ambrose’s story is sensational to witness, but it’s not without its difficulties. Ava still feels so much pain over the loss of her mate in the beginning of the novel and it’s not until Ambrose helps her live again that she starts to even contemplate continuing on with a life without him. There’s plenty of guilt and then shame as she slowly falls for Ambrose, but seeing Ava slowly heal is a beautiful thing to watch.

Ambrose is a complex character in and of himself. In the beginning he is very cruel to Ava and doesn’t treat her the best, but as he begins to develop a friendship with “Avery” he starts to question his actions and adjust his responses. I honestly found seeing Ambrose fall for Ava to be beyond beautiful in so many ways. I mean, Ambrose falls in love with Avery, not Ava. Obviously they’re the same person, but he loved her as the boy he knew her to be, and her sex was never as issue. It was pure love; for a person and who they were inside and I found that so, so beautiful.

Thorne and Roselyn have their own hurdles to overcome in this book and I very much enjoyed seeing their journey as well. Both brothers have had horrendous childhoods and lives, something that really shows but I was happy to see Throne learn how he needed to treat Rose and do the right thing in the end.

Avery is an emotionally charged fantasy story and explores the possibilities of forgiveness and letting yourself move on. Charlotte McConghy weaves together a wonderful story of romance, danger and the strength of love and has won herself a fan in me!

Source: Sent for review by Random House Australia (Thank you Kirsty)
Format: Kindle copy through Netgalley
Buy it: Bookworld | The Nile | Kobo | Amazon
My Recommendation: This is a SENSATIONAL fantasy read--a must read!
Cover: I think cover is so very beautiful and is exactly how I envision Ava!
Will I read sequel/continue with series: Yes! I look forward to reading more......