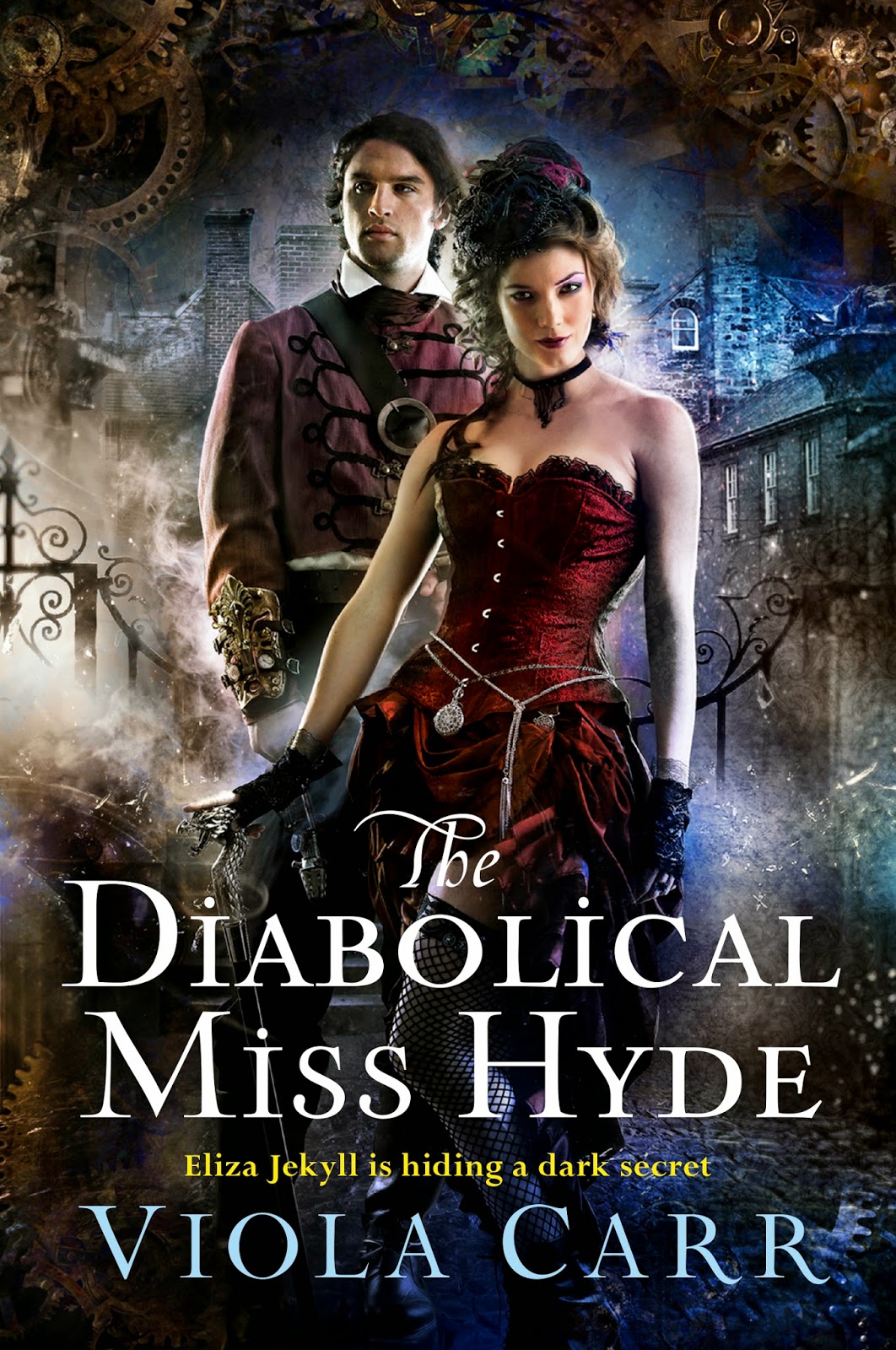 Magic, mystery, and romance mix in this edgy retelling of the classic The Strange Case of Dr. Jekyll and Mr. Hyde–in which Dr. Eliza Jekyll is the daughter of the infamous Henry

In an electric-powered Victorian London, Dr. Eliza Jekyll is a crime scene investigator, hunting killers with inventive new technological gadgets. Now, a new killer is splattering London with blood, drugging beautiful women and slicing off their limbs. Catching "the Chopper" could make Eliza's career—or get her burned. Because Eliza has a dark secret. A seductive second self, set free by her father's forbidden magical elixir: wild, impulsive Lizzie Hyde.

When the Royal Society sends their enforcer, the mercurial Captain Lafayette, to prove she's a sorceress, Eliza must resist the elixir with all her power. But as the Chopper case draws her into London's luminous, magical underworld, Eliza will need all the help she can get. Even if it means getting close to Lafayette, who harbors an evil curse of his own.

Even if it means risking everything and setting vengeful Lizzie free . . .

The Diabolical Miss Hyde by Viola Carr is a steampunk murder mystery set amongst a dark London backdrop in the Victorian era that will appeal to fans of the genre and those who love a good who done mystery!

In a fresh retelling of The Strange Case of Dr. Jekyll and Mr. Hyde, we follow Eliza Jekyll, the proper, perfectly put together daughter of the renowned Henry Jekyll in The Diabolical Miss Hyde. As a medical investigator who has inherited her fathers infliction Eliza houses her own second self in the form of Lizzie Hyde. Dwelling within Eliza, Lizzie is the polar opposite of Eliza, a saucy, impulsive and foul-mouthed woman who knows her way around the back-skirts of London and who often fights her way to the surface and takes control of the body they both share. As Eliza investigates a series of gruesome murders that are gripping London, she and Lizzie stumble into an unexpected discovery about their parentage and their connection to the murderer and must race to find the killer before they become his next victims.

Overall, The Diabolical Miss Hyde was a decent read. Author Violet Carr has thought well and hard about her steampunk world and weaves together all the best elements of the Victorian era with mechanical contraptions, electrical machines and chemistry to create a dark and vivid alternate London. I found myself easily enough enjoying Eliza and Lizzie’s tale, even if I did tire at some parts, and I certainly found myself caught up in the murder mystery Eliza investigates alongside London police; a mystery I found myself guessing at until the very end.

Though this novel is told predominately through the eyes of Eliza, I was surprised to find that Lizzie really was the star of the novel at times, although in hindsight, the name of the novel does give some of that away. Eliza was prim, proper and a fine lady despite her class, whereas Lizzie was impulsive, rash and often foulmouthed. The two share a body as a Jekyll and Hyde, but shift form with Lizzie is at the helm as a redheaded buxom beauty as opposed to Eliza who was fair and more refined.

Carr gives the girls a love interest in the form of Captain Remy Lafayette, a member of the Royal Society who assists Eliza in her investigations. Lafayette is a cocky and self-assured officer of the law who irks Eliza and appeals to Lizzie’s naughty side. Readers may be surprised to discover who has the better chemistry and connection with the Lafayette, but I certainly appreciated what Carr did and I find myself pondering what will happen next.

A dark and mysterious read, The Diabolical Miss Hyde draws readers into a world of danger, murder and steampunk and as the story concludes I find myself wondering what will happen to Eliza and Lizze next; so much so that I may just be tempted to pick up the next book!

Source: Sent for review by Pump Up Your Book and the author (Thank you guys!)
Format: Kindle ebook
Buy it: Amazon | Barnes & Noble | Kobo | The Book Depository
My Recommendation: Steampunk fans will certainly enjoy this.
Cover: This cover is STUNNING. Absolutely stunning!
Will I read sequel/continue with series: Possibly, yes....