Thanks to Random House Australia I'm chatting to Australian author Charlotte McConaghy as part of the blog today for about her recent release Avery, the first novel in her new The Chronicles of Kaya series! I recently had the pleasure of reading Avery for the tour and loved it--be sure to check out my 5 star review which was posted yesterday here. It's one of my favorite books of this year so far.... 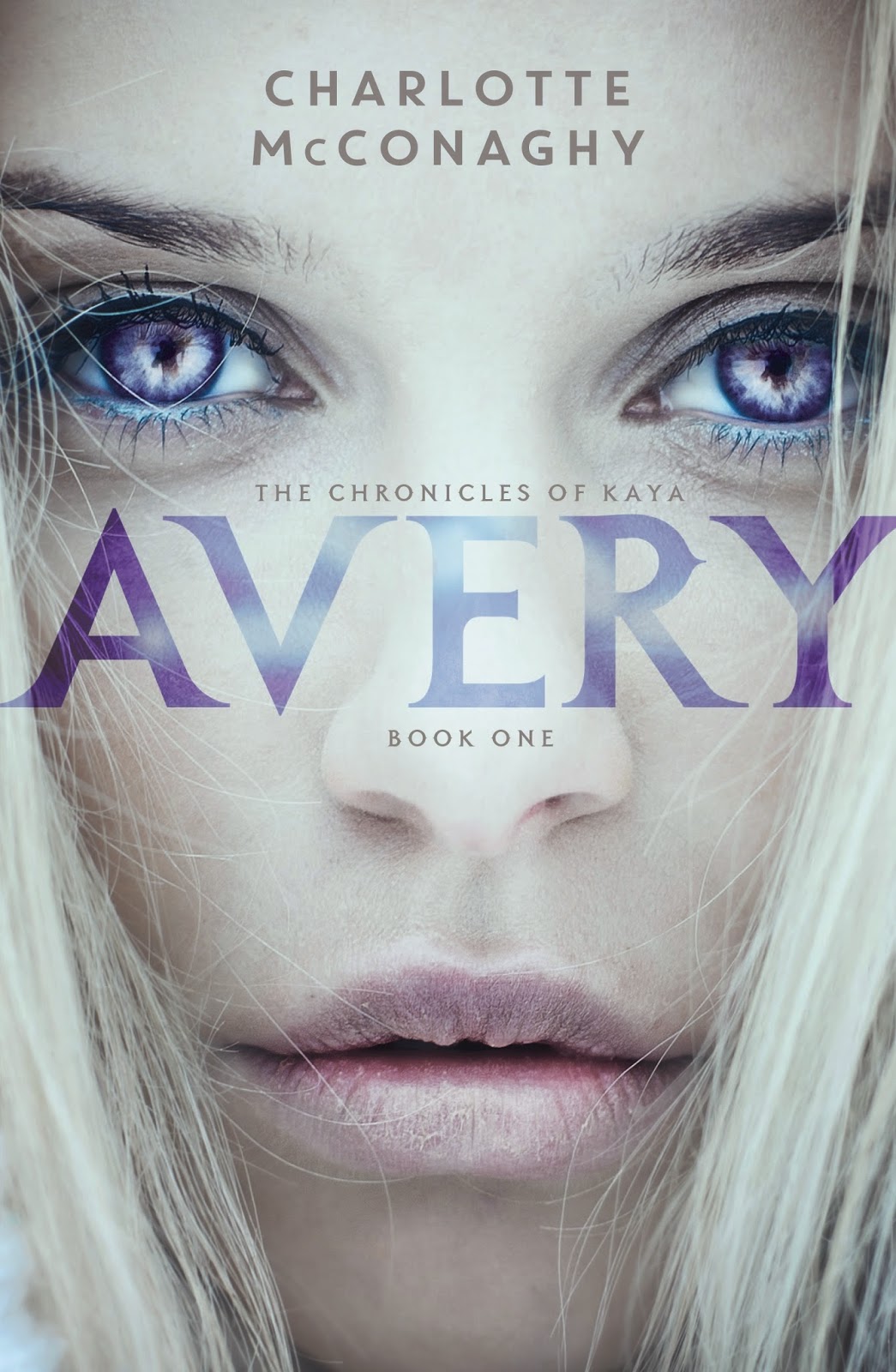 The people of Kaya die in pairs. When one lover dies, the other does too. So it has been for thousands of years – until Ava.

For although her bondmate, Avery, has been murdered and Ava’s soul has been torn in two, she is the only one who has ever been strong enough to cling to life. Vowing revenge upon the barbarian queen of Pirenti, Ava's plan is interrupted when she is instead captured by the deadly prince of her enemies.

Prince Ambrose has been brought up to kill and hate. But when he takes charge of a strangely captivating Kayan prisoner and is forced to survive with her on a dangerous island, he must reconsider all he holds true . . .

In a violent country like Pirenti, where emotion is scorned as a weakness, can he find the strength to fight for the person he loves . . . even when she’s his vengeful enemy?

Avery is a sweeping, romantic fantasy novel about loss and identity, and finding the courage to love against all odds. 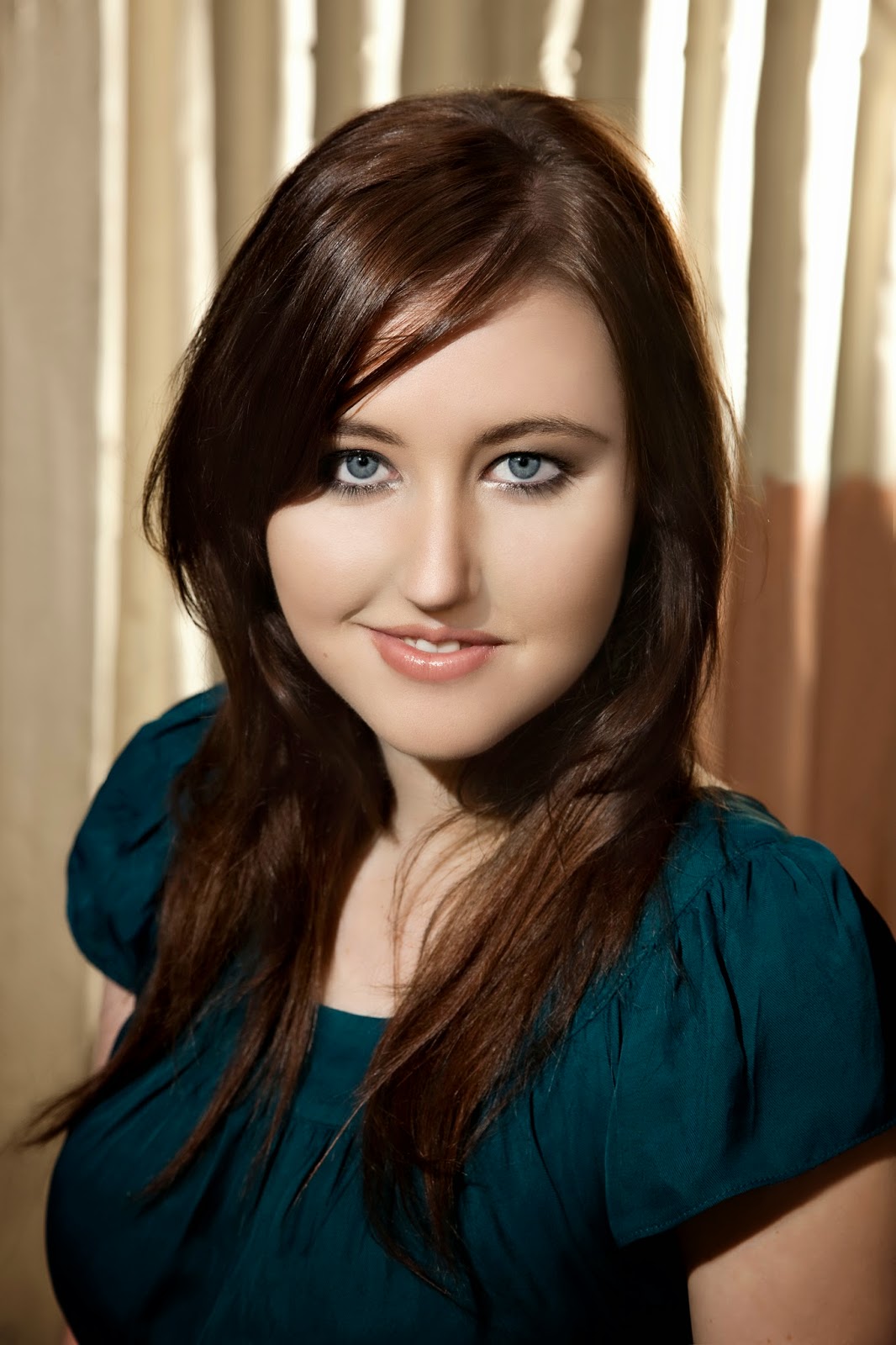 Hi Charlotte and thanks so much for agreeing to be interviewed on The Rest Is Still Unwritten! I'm super excited to read your latest release Avery and even more excited to chat with you today :)

Lets jump into it, shall we?

For those like myself who have not yet had the chance to read your latest release Avery but certainly plan to, what can we expect heading into the story?
Avery is a romantic, adventurous fantasy novel about loss, second chances, courage and love. It’s set in a world where the people die in pairs – they always have done and always will. But Ava is the first woman to ever survive the death of her mate, and so goes on a dangerous journey of vengeance into enemy lands. She finds something very different – the possibility that maybe love and connection has not been lost from her life after all.

Having read the description of Avery, the idea sounds REALLY interesting. Where did the concept come from?
I actually dreamt the prologue of Avery, and woke up to realise I had to write it down. It was so vivid, it just stuck in my head and quickly turned into the idea for a novel. The aspect of the concept about people dying in pairs was inspired by the stories I had heard of people who spend their whole lives together and then die almost at the same time. When one goes, the other stops holding on and follows. This seemed so sad and beautiful to me, and I started thinking about what it would be like if it was like that for everyone, no matter their age.

How would you describe your heroine Kaya in one sentence? (And here's where I have my blond moment.....boy do I feel silly! Well duh....)
My heroine’s name is actually Ava, and in one sentence I would say she’s: driven to the point of self-destruction, and tough as nails.

Avery has been released with Australian publishing house Random House Australia. What has your experience with Random House been like?
It’s been really great. From day one, they’ve been really supportive of my work, and have taken a chance by publishing a romantic fantasy novel in Australia, where there aren’t many of this genre released. I have a great editor, Lex, a great publicist, Kirsty, and a great publisher, Bev – all of whom are really passionate about telling powerful stories.

I think the cover for Avery is absolutely stunning! Did you have any say in the design?
Well I basically just help to choose between a couple of different options, and when they sent me this one through I immediately loved it, so it was an easy choice.

Do you have a favourite quote from Avery that you might want to share?
Ooh, tricky! Umm… ‘It was like we clawed at love with every ounce of our strength, like we held our breaths for it until no air existed in the world.’ Maybe. They all feel silly to me when taken out of context! Haha

I know most authors tend to think of their books as their babies, but is there a story of yours that holds a special place in your heart over others? And if yes, why?
Yeah, it’s this one, I think. Avery was the first novel I wrote for adults, as an adult myself. It came from a deep place, I guess, and I have a real love of the four main characters.

How about we talk about you now :) What's something we'd be surprised to learn about you? Goodness, that’s hard. Well I have synaesthesia, which means my memory is a bit different to normal memories – it all relates to colour and shape and texture. The only way I remember words or names or numbers is by remembering what colour they are in my head. Not sure if that’s surprising, but it always seems to pique people’s curiosity.

Wow! Certainly piques mine--very interesting! If you would meet anyone, living or dead, real or fiction, who would you want to meet and why?
King Arthur, Queen Guinevere and Sir Lancelot. I’m obsessed with that story!

Ooooh---I love everything Arthurian too! What's next for you? Do you have any more novels in the works that we'd be interested to hear about?
I’m working on finishing the Avery series – books two and three will be released this year. I also have a second series which is published with Pan Macmillan, called The Cure. It’s dystopian sci-fi, set in a future world where emotions have been cured from the population. The first in the series is called ‘Fury’, and is available now, and the second is ‘Melancholy’, which is released in April. I'm really grateful you agreed to answer my questions today.

Congrats on Avery's recent release--I can't wait to read it and lose myself in that amazing sounding story!
Thank you so much! Really glad to have a chat with an avid reader like yourself!

It's been an absolutely pleasure talking with you :)

Charlotte McConaghy grew up with her nose in a book. Her first novel, Arrival, was published at age seventeen, followed by Descent when she was twenty. She soon started her first adult fantasy novel, Avery, the prologue of which came to her in a very vivid dream. Avery launched The Chronicles of Kaya series, and is followed by Thorne – Book Two and Isadora, the third and final in the trilogy. She then published Fury, and Melancholy, the first and second books in a dystopian sci-fi series called The Cure.

Charlotte currently lives in Sydney, and has a Masters in Screenwriting at the Australian Film, Television & Radio School.