Today I've got Australian author S.D. Wasley on the blog to share an insightful guest post about some spooky Aussie haunts and to showcase her debut novel The Seventh! I've also got an ecopy of The Seventh to give away to one lucky reader :) 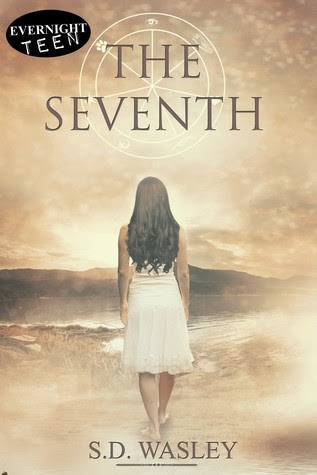 So, here we all were. Wasn’t it nice to be in the car together as a family? My parents, me … and my ghosts.

Sixteen year old Mimi Alston has company. No less than three ghosts follow her around, and only she can see them. At her last school, she was known as the girl with imaginary friends. Now Mimi’s starting fresh in a new town, where she’s determined to make some real friends and fit in for once. She’s ready for a normal life...except Mimi never counted on her fascination with troubled goth-boy, Drew.

When she’s invited to join the elite Gifted Program, Mimi discovers she’s not the only one at the school with an unusual talent. Maybe being normal isn’t even an option anymore. 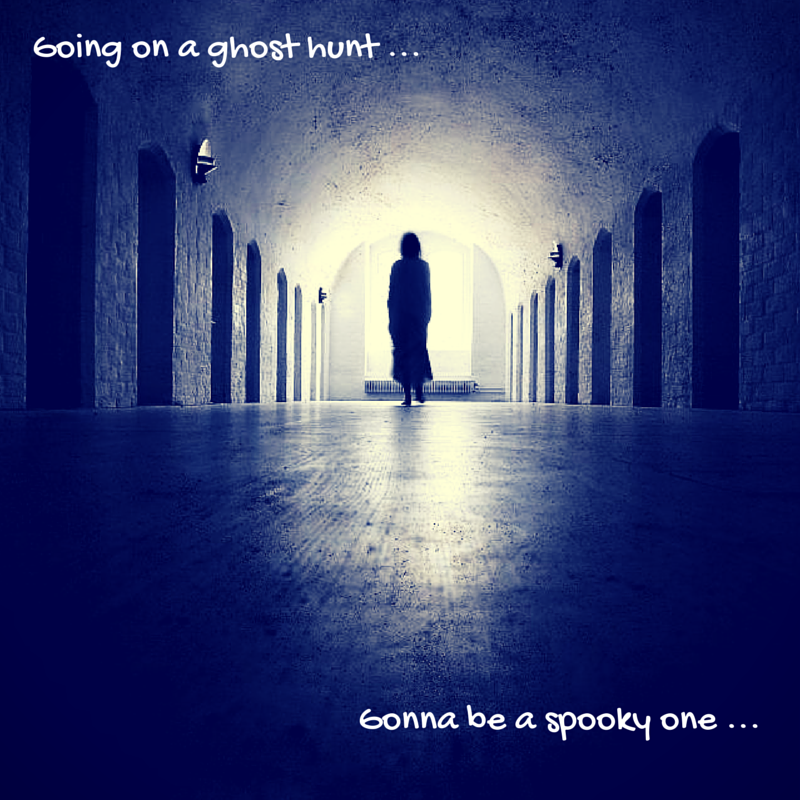 Ghost Tours – the good, the bad and the silly
Obviously, I love all things ghostly.

Even when my stories aren’t about ghosts, they often feature ghosts, or at least deceased people somehow intruding on the present.

My fascination with ghosts means I’ve been on a few ghost tours in my time. You might say I’m a bit of an aficionado. So I thought I would share some of my experiences – from the chilling, to the ridiculous, to the scientific.

Screaming dummies at the Fremantle Prison
The ghost tour of the Fremantle Prison had strong potential. I knew the dark history of the prison, one of the oldest in Western Australia. I’d heard stories all throughout my childhood. Just thinking about it made me imagine clanking chains as poor convicts dragged limestone blocks up from the shore to build their own gaol.

The actual tour, whilst interesting, was unfortunately rife with cheap thrills. When we stood beneath the jumpers’ net on the ground floor of the prison, and the tour guide told us in hushed tones how the net was in place to prevent prisoners jumping or being thrown from higher floors to their deaths, the atmosphere was perfect for a scare. So what did they do? They had a hidden staff member emit a blood-curdling scream and throw a stuffed dummy from the top floor. Not what I’d call a quality ghost-touring experience. The fact that we could hear subsequent blood-curdling screams (as the tours were staggered at fifteen minute intervals) didn’t help.

Note: I haven’t done this tour for over a decade – maybe it’s better now.

Holy ectoplasm! The Midland Town Hall
This one was full of promise – touted as one of the most haunted places in Western Australia, a group of friends and I booked well ahead for the Friday 13th Tour. We were duly impressed when we met the tour operator, accompanied by around a dozen of Perth’s Paranormal Investigation Club, and were required to don hi-viz vests and given what felt like military-issue flashlights.

The Paranormal group introduced us to the equipment they used for their ghost hunts – everything from energy meters to subsonic recorders. It was very cool to be allowed to play around with that kind of equipment in the pitch blackness of the old town hall, which had also been used as a dance hall, council chambers and courthouse in its lifetime. It was like being a Ghostbuster.

Unfortunately the energy-detecting equipment also seemed to respond to cabling that ran through walls, which became apparent when the readings shot up as soon as we went near light switches and powerpoints. And I’m sorry, but I refuse to believe a light switch could be haunted.

There was a highlight for me on this tour, involving the fancy sound-decoder/translator machine that picks up on very quiet sounds and translates them into the nearest word in the English dictionary. When we stood in the clock tower where a man had hanged himself, the device told us to ‘Get out!’ And when we questioned if anybody was in a very creepy bathroom, the translator clearly said, ‘Bill.’ Scienc-y and fun.

Kicking the Bucket at Manly Quarantine Station
This was a creepy place. Manly Quarantine Station’s history was one of sickness, hopelessness, despair and death. They had some neat tricks to support their tour, too. Like the story they told in the bathroom of how the showers sometimes came on by themselves. And then the shower that actually did turn on by itself. And the story of footsteps along the infirmary verandah … and then the footsteps we heard (or in our heightened state of fear, believed we heard) on that very verandah.

But tricks can go awry. At one point the tour guide was with us in the surgery room, showing us where limbs would be amputated. One of her lines was: ‘And then they’d haul you to the morgue if you kicked the bucket.’ At the moment she said that line, she was supposed to kick a concealed metal bucket under the table, but she was not quite in the right position and all she succeeded in doing was knocking it with the side of her foot and looking a bit clumsy. What was worse for her was that a teenager on the tour, sick and tired of being frightened, gave a triumphant ‘HA! You were supposed to kick that and scare us but you stuffed up!’

I wonder if that tour guide still remembers that and wishes she’d had a witty comeback?

A shot in the dark – The Fremantle Ghost Walk
You can probably tell Western Australia’s old places can be counted on one hand. Another tour I went on was also in Fremantle – this one started at the Fremantle Town Hall and took us on a meandering walk through the old town, where the rather dishy guide told ghostly tales about buildings and houses at certain points on our journey.

Let me tell you about this guide. He knew his stuff. Apart from being unexpectedly young and handsome, he arrived at the town hall suddenly on the strike of 8pm, dressed head-to-toe in black, including top hat and tails – very much like a nineteenth century gentleman. He spoke in a quiet, faintly English accent so everyone had to fall silent to hear his words.

His first story was about a man who was shot at the town hall. As he quietly told the story, our suspense and chills increased, until suddenly at the point when he was explaining how the man was killed with a pistol, he fired a cap gun he had concealed in the folds of his coat. Of course, we all screamed as one – a perfectly ecstatic, simultaneous howl of terror. Our guide watched us unsmilingly, seemingly surprised by our outburst, until we all fell silent again. Then he continued.

Of course, we were on edge for the rest of the tour. Each story he told in his creepily quiet voice worked us up into a fever pitch of fright even more than the last. We were all wondering, ‘What will he do next? What horrible sound will he make, or sudden shout will he give, or secret accomplice will leap from behind a corner and make us all pee our pants?’

The answer was: none. He did nothing else. The cap gunshot in the first tale had set us all up for terror for the rest of his tour, and his calm, chilling delivery did all it needed to do to keep us delightedly petrified. This was far and away the best ghost tour I ever went on.

And THAT, my friends, is how you tell a good ghost story. I definitely aimed to use some of that guy’s ‘quiet and chilling’ in The Seventh! 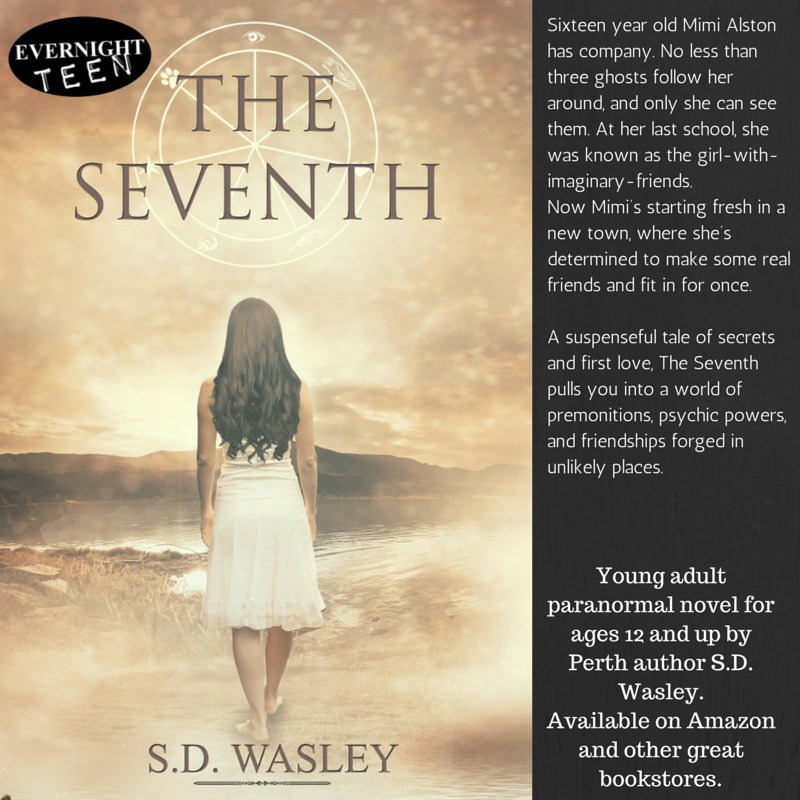 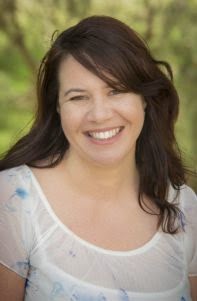 Win an ecopy:
As I previously mentioned in my post, I've ONE (1) ebook copy of The Seventh to give away to one lucky follower thanks to author S.D. Walsey! To enter simple comment with a way to contact you and what format you would like. Giveaway ends on March 8th and is open internationally!


I want to say a big thanks so much to S.D Walsey for being on the blog today and CONGRATS on the release of her debut novel!

WINNER:
Michelle Willms--congrats!
Posted by Rachel at 12:00 AM