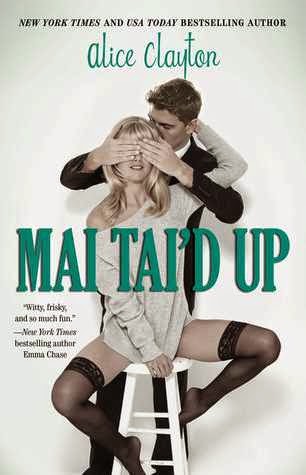 The gossip mill in the seaside community of Monterey is churning about Chloe Patterson, the newcomer who is starting a sanctuary for rescued pit bulls. It’s rumored that she’s a former beauty queen (true) who ditched her fiancé the morning of their wedding (also true). And that while she’s not looking for a new man, the good-looking local veterinarian has his eye on her. Absolutely, positively true.

When Lucas Campbell isn’t at the family veterinary clinic, he’s paddle boarding in Monterey Bay. Recently single, he’s definitely not in the market for a new relationship, but he still can’t resist taking a second, third, and fourth look at the recent arrival of Miss Golden State.

Neither Lucas nor Chloe has any interest in being tied down. Being tied up, however—now there’s a thought. But are a few Mai Tais, a moonlit night, and the music of Frank Sinatra enough to allow them both to forget their past? Let’s hope Ol’ Blue Eyes knows what he’s doing.

Mix one part tiki, one part kinky, and a splash of old black magic matchmaking, and it’s time to be . . . Mai Tai’d Up.

Mai Tai’d Up is the fourth installment in Alice Clayton’s extensively addictive Cocktail series and is yet another luscious blend of romance, passion and sensual situations. Clayton’s storytelling ability is difficult to rival as she locks readers into another romantic journey full of laughs, smiles and sexy situations!

Told through the eyes of Chloe Patterson, the cousin of one Mr. Clark Barrow whom we met briefly during Screwdrivered, Mai Tai’s Up sees the sweet but confidant former beauty queen leave her fiancé the day before their wedding when Chloe comes to the conclusion that she doesn’t really love him. Striking out for the first time on her own, Chloe travels to the seaside town of Monterey where her family own a summer home on a small but usable acreage.

With the help of a few locals and connections, Chloe begins turning it into a sanctuary and rescue center for mistreated and abused pit bulls. One of Chloe’s helpers is the sexy redheaded vet Lucas Campbell who may be exactly what the doctor ordered to help Chloe get over her past. However when it becomes clear she and Lucas may have more in common than first thought, Chloe must decide whether hiding her secret past is more important than being honest with Lucas. Even if telling him the truth means Chloe may risk losing him forever…..

My goodness do I ever love this series! I mean, honestly…..Alice Clayton is a champion! Every one of her novels I’ve read almost instantly sweep me up and don’t let go, with Mai Tai’s Up no exception. Although admittedly Mai Tai’d Up was not as good as the first three books in my opinion, it was still another excellent installment in the series and absolutely worth a read.

As the main character I did quite like Chloe. She was very down to earth and likable and I liked the character growth she undertook. She made choices and decisions that weren’t easy but needed to be made and I was happy with the self-assurance and dedication she developed for herself and the dogs she rescued.

Personally I don’t think Chloe and Lucas had as much power together as the other couples in the series so far, although I still thought they were great together and wonderful to follow. While Caroline and Simon and Vivian and Clark made me giddy with possibility over their attractions and desires, Chloe and Lucas were rather a steadily progress who had chemistry and who went well together.

As far as these kinds of novels go, the Cocktail series is right up there as being one of best. Alice Clayton’s storytelling is fun, flirty and incredibly entertaining—managing to once again prove to this reader why she’s quickly becoming one of the go-to names in NA/Chick-lit. Funny, sexy and downright fun, Clayton’s stories won’t disappoint!

Source: Sent for review by Simon & Schuster Australia (Thank you Jen!)
Format: Paperback
Buy it: Bookworld | The Nile | The Book Depository | Amazon
My Recommendation: This series is fantastic--a must read!
Cover: Simple, sexy and perfect with the rest of the books.
Will I read sequel/continue with series: YES!