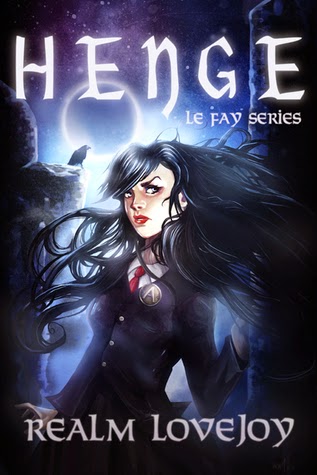 Modern-day Camelot. Where knights no longer carry swords. Magic is dangerous. And those who seek control are not to be trusted.

Sixteen-year-old Morgan le Fay is a fire user. An ordinary girl with an extraordinary skill, she has the ability to create and command fire at will. Her dream is to become the Maven—the right hand of the future King Arthur. In the chance of a lifetime, Morgan is selected to join Arthur’s Round, an elite group of young magic users from which the new Maven will be chosen.

Along with the other fire, water, and wind users in Arthur’s Round, Morgan is rigorously trained and tested. The handsome Merlin, a brilliant water user, takes a particular interest in her. Is his friendship to be trusted, or is Merlin simply trying to win the position of Maven for himself? Among the many rivals Morgan faces is the current Maven, Mordred, who seems determined to see her fail.

But Morgan has a secret—years ago, her mother was executed for using fire magic, and Morgan’s desire for justice makes her more than ready to take on the challenge before her. Can she prevail in Camelot’s tests of survival and magic? Only time—and Morgan’s powerful fire—will tell.

The first novel in Realm Lovejoy’s new Le Fay series, Henge is a marvelously imagined story that focuses around the Arthurian legends of Camelot, King Arthur and the Knights of the Round Table. An urban fantasy set in modern day times, Henge is a unique twist on an old favorite that sees readers drawn into this intriguing world of magic and mayhem as Lovejoy sets up a great start to a promising new series.

Henge follows sixteen year old Morgan Le Fay, a talented fire user whose magic is more powerful than that of anyone else she knows and who has plans to become the Maven; the individual tasked with leading Prince Arthur to Excalibur, if only she can be drafted to Camelot and win Prince Arthurs favor. Wanting a chance to change the laws of Camelot after losing her mother at a young age, Morgan is invited to participate in the Rounds, an elite competition and series of tests tasked with examining her magic and other talented magic users her age in order to determine who is worthy of different rolls, including that of the Maven, within Camelot. During the rounds Morgan meets a number of gifted individuals including Merlin and Guinevere, and discovers that something sinister is going on within Camelot. A series of incidents make it clear someone wants to stop Morgan, only she doesn’t know who, and why……

Heading into Henge I was really excited. I’ve always been a fan of Arthurian legend and had high hopes for this novel; hopes I am thrilled to say were met with total abandon. I really enjoyed this book. Realm Lovejoy creates a very magical tale with Henge and a very promising start to a series that is shaping up very well. Set in modern times, Henge is an intriguing, yet extremely magical twist on everything that is Camelot, Excalibur, King Arthur, Merlin and the Knights of the Round Table…..basically everything Arthurian.

Our heroine in Henge is Morgan Le Fay, and in an ingenuous twist on the story, Morgan is an honorable, kickass heroine who has big plans for her future. She wants to serve Camelot and protect Prince Arthur and is willing to do anything she can to get into this position. Morgan comes from a family of powerful magic users, most notably her mother, a powerful woman who was executed for magic fueled crimes. Morgan is understandably angry over her mother’s death and it’s her desire to bring about change that fuels her hopes for her future. As a participant in the Rounds, Morgan has the opportunity to meet other talented magic users and see just what is out there magic wise—something that makes her appreciate what she can do all the more.

Lovejoy explores the different Arthurian characters wonderfully in Henge with many of the minor characters famous in their own rights. There’s a lot of mystery surrounding who is the good guy and who is the bad guy in this novel as Merlin, Mordred and even Lancelot seem to have their own agendas; none of which are brought to light in this novel, although it doesn’t stop you as the reader from speculating just what they have in store or what they are privy to.

Setting up a promising new world and ending on a small cliffhanger that will have you wanting to read the next book straight away nonetheless, Henge is a whimsical take of Arthurian legend and will entice you from the very beginning. Be prepared to want more as Realm Lovejoy plays with a fan favorite and gives it a fresh new vibe!

Source: Sent for review by Xpresso Book Tours and the author (Thank you ladies!)
Format: Kindle ebook
Buy it: Amazon
My Recommendation: If you love magic or Arthurian tales you won't want to miss this!
Cover: Normally I'm not the biggest fan of cartoon covers, but I do really love this one--it's pretty kick-ass!
Will I read sequel/continue with series: Yes!