Blog Tour: The Girl Who Came Back To Life by Craig Staufenberg- Guest Post & Excerpt

Today I have the Blog Tour for The Girl Who Came Back To Life by Craig Staufenberg thanks to Virtual Author Book Tours. Below you'll find an excerpt from the book as well as a guest post from Craig Staufenberg. 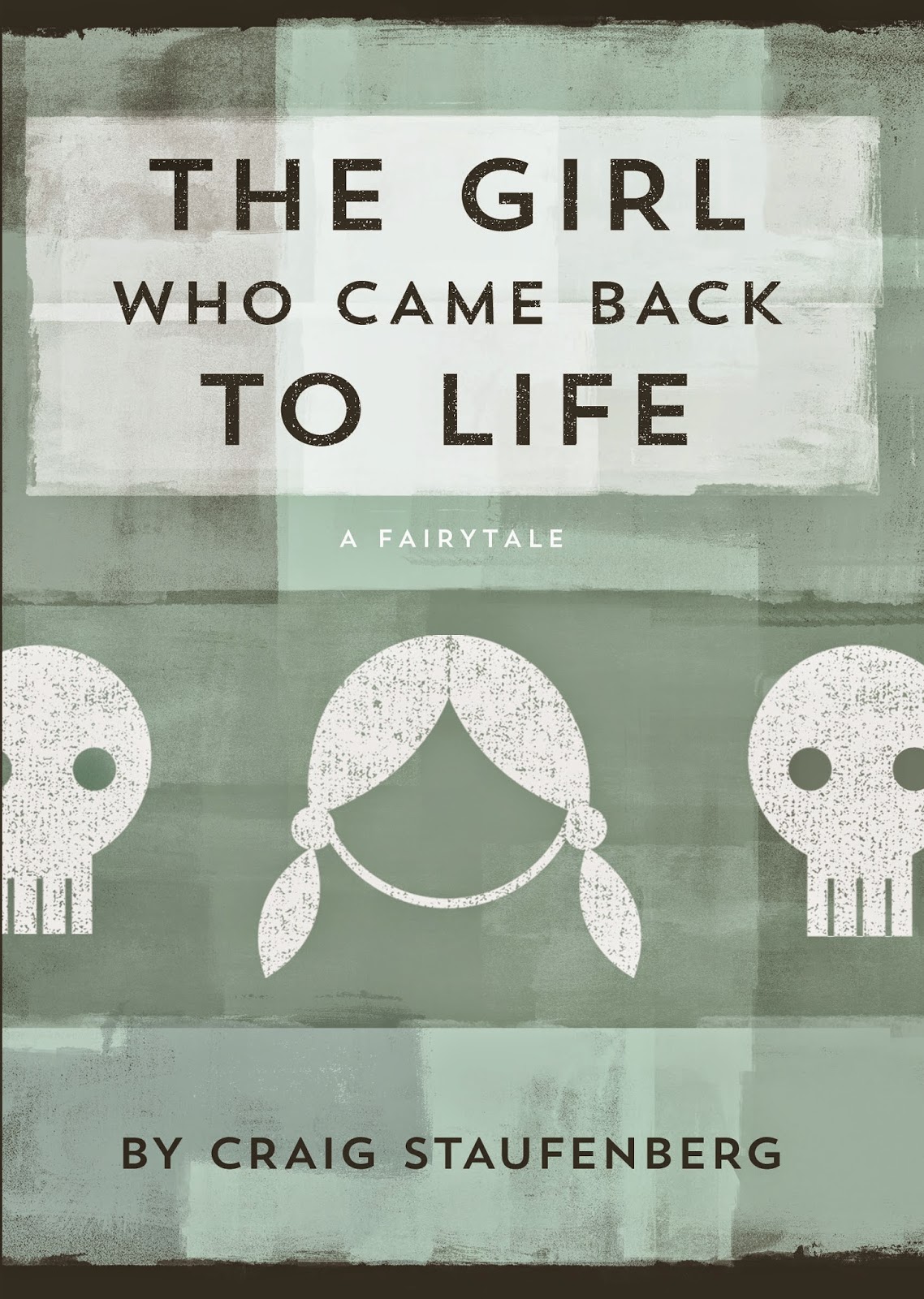 “When you die, your spirit wakes in the north, in the City of the Dead. There, you wander the cold until one of your living loved ones finds you, says “Goodbye,” and Sends you to the next world.

After her parents die, 12-year-old Sophie refuses to release their spirits. Instead, she resolves to travel to the City of the Dead to bring her mother and father’s spirits back home with her.

Taking the long pilgrimage north with her gruff & distant grandmother—by train, by foot, by boat; over ruined mountains and plains and oceans—Sophie struggles to return what death stole from her. Yet the journey offers her many hard, unexpected lessons—what to hold on to, when to let go, and who she must truly bring back to life.”

That Project You Can’t Seem to Start, or Finish, or Work-On-At-All? Maybe You're Just Not That Into It

There are lots of people who say they want to write a book, or make a movie, or undertake some other large creative project… and who never seem to make any movement on this project. Now, before you accuse me of picking on “these people”, know this—I’ve been that person plenty of times. And whenever I wasn’t working on a project, I always had a hundred legitimate-sounding excuses why I just wasn’t executing on my idea:

-Work was too draining.
-My partner was too demanding.
-I just didn’t have the time.

The list goes on. But no matter how long it gets, one thing is true about each and every entry—they’re complete nonsense.

Yes, it is harder to produce a piece of art when work, or relationships, or “busyness” are getting you down. But harder doesn’t equal impossible. Our list of explanations is really just a list of excuses.

A big statement, I know. I also know making a statement like that means this is the part in the post where I’m supposed to become a real hard-ass, to begin talking real macho and tough, and to start saying you just need to power through whatever is holding you back. That you just have to make it work no matter what. That if you don’t you’re just scum and maybe you weren’t cut out for this work in the first place. You know what I’m talking about… all that bootcamp stuff that’s so effective at motivating Marines and bored Soho housewives.

Except I’m going to let you in on a little secret about that militarized way of talking about making art…it’s also total nonsense, and for one simple reason—when you’re doing something you really want to do, you don’t need anyone yelling at you to get to it.

When you’re doing what you really want to do, you also don’t find yourself blocked from making that thing just because your day-to-day life offers a little more friction than you’d prefer. The work just happens. It doesn’t happen every day. It doesn’t always happen as you’d expect it to, or want it to. But it happens. And the thing you really want to make gets made.

You see, there’s an obsessive quality about this sort of work that just eliminates barriers. Or shuffles them around. Or ignores them completely. Taking on a project you’re obsessed with isn’t always the healthiest choice you can make for all those other non-creative aspects of your life, but it’s the most sure-fire route I know to actually make something. Quickly too. Because when you’re obsessed with a project, another wonderful thing happens—instead of taking 3 years to
write a novel, it takes three months. Being obsessed is not only a highly effective way to make something— it’s also highly efficient.

Which suggests to me all those people who say they want to write a book, or make a movie, or undertake some other large project, really don’t want to do so. Or, at the least, they aren’t so jazzed about the book, or movie, or project they’ve chosen to bring to life. I get this. There are a lot of reasons why people choose their projects, and “being obsessed” is only one of them. Sometimes you pick a project because you think it’ll be a critical success, or a commercial blockbuster, or because you think it’ll get you all the attention you’re parched for right now. Or maybe it’s some other external bullshit. And I don’t say that lightly. Any reason to make something that isn’t “obsession” is external bullshit. I’m serious. Write down all the reasons you can think of to make something, and the only one that won’t correspond with some sort of external bullshit is internal obsession.

As a quick note, I understand the word “obsession” might sound a little harsh or heavy, like that militaristic nonsense I avoided before. If it helps, I get obsessed with projects but I’m not constantly waking up at night in a cold sweat thinking about them. (Not every night at least.) I don’t barricade myself in a cabin in the woods to get it done. I don’t grow a big bushy beard and swear off the outside world until the art is finished. No, when I say I’m obsessed I just means I can happily take big blocks of time—at least a couple hours at a time—to selectively ignore the outside world long enough to produce some real progress on the thing.

The opposite is true when I’m working on something I’m not obsessed with. Then ANYTHING can distract me. I’m not a big Facebook fan, but boy does that News Feed grab my attention when I’m trying to force myself to grind forward on a project that isn’t gut-level embedded in me.

Your gut recognizes those projects worth working on. As does your heart. And your hands. And your work ethic.

The Girl Who Came Back To Life....

When the train moved forward, the children scrambled down the aisle and handed her a little of whatever their families were eating amongst themselves. Sophie felt embarrassed by the generosity the other passengers showed to her and, increasingly, to her grandmother, who also received small gifts of bread and cheese or whatever else the families brought with them. The old woman never pushed the children away, but simply thanked them with a touch of sweetness Sophie had never heard from her before.

Now, when their train stopped at a station or broke down altogether, the old woman produced a deck of cards from her bag and played games with the other women while Sophie continued to occupy the children with her runs.

As the days grew longer and rain fell and the smell of spring flowers drifted into the air, the two travelers slowly found themselves enfolded into the life of their train. During boisterous moments Sophie and her grandmother began to speak and laugh with the others. During quiet moments the two remained still and peaceful, sometimes smiling, sometimes sober, moods in tune with the warming air that thickened those afternoons when children slept and adults enjoyed temporary peace.

Gradually, as the days passed and spring brought the world back to life,  something melted a touch between Sophie and her grandmother. They still rarely spoke, and when they did they never said any word of consequence, but the old woman began to comment whenever they received something especially delicious, and after a stray question or two about the day’s games escaped Sophie’s lips, the old woman began to teach her granddaughter how to play cards—quietly, privately, lest the train’s other women learned her secrets.

Want more? Be sure to grab your copy today! 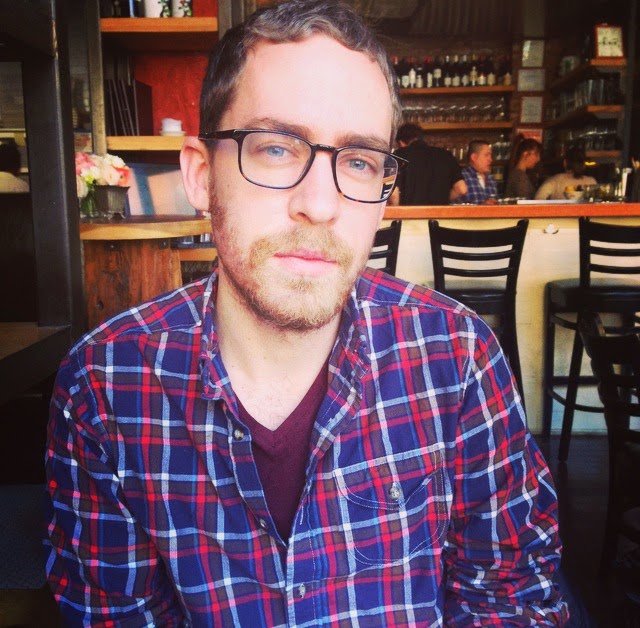 Craig Staufenberg is a writer and filmmaker living in NYC.