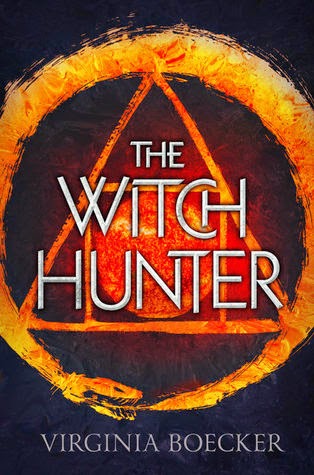 The Witch Hunter by Virginia Boecker
Releases on: June 2nd 2015
Add on Goodreads!
The magic and suspense of Graceling meet the political intrigue and unrest of Game of Thrones in this riveting fantasy debut.

Elizabeth Grey is one of the king's best witch hunters, devoted to rooting out witchcraft and doling out justice. When she's accused of being a witch herself, Elizabeth is arrested and sentenced to die at the stake. Salvation comes from a man she thought was her enemy. Nicholas Perevil, the most powerful wizard in the kingdom, offers her a deal: he will save her from execution if she can break the deadly curse that's been laid upon him.

As she's thrust into the world of witches, ghosts, pirates, and all-too-handsome healers, Elizabeth is forced to redefine her ideas of right and wrong, and of love and hate.
Thoughts:
I don't read that many stories about witches but I'm a BIG fan of magic and fantasy stories and I really did the sound of this. I mean ghosts? Pirates? Ummm, yes please!


What do you think of The Witch Hunter? Will YOU be adding it to your TBR lost?
And what are you waiting on this week?