Out of Sync by A. Bin Juran‏: Guest Post, Excerpt & Giveaway

Today I'm thrilled to be showcasing Out of Sync by A. Bin Juran! Releasing on October 23rd this week, which also happens to be my birthday, Out is Synic promises to be a magical debut :) Below I have a lovely Guest Post from A. Bin Juran, an excerpt from the novel and a fabulous giveaway for not only 5 e-books of the novel in the winners choice of mobi, ePub, or PDF but a $5 Amazon gift card! 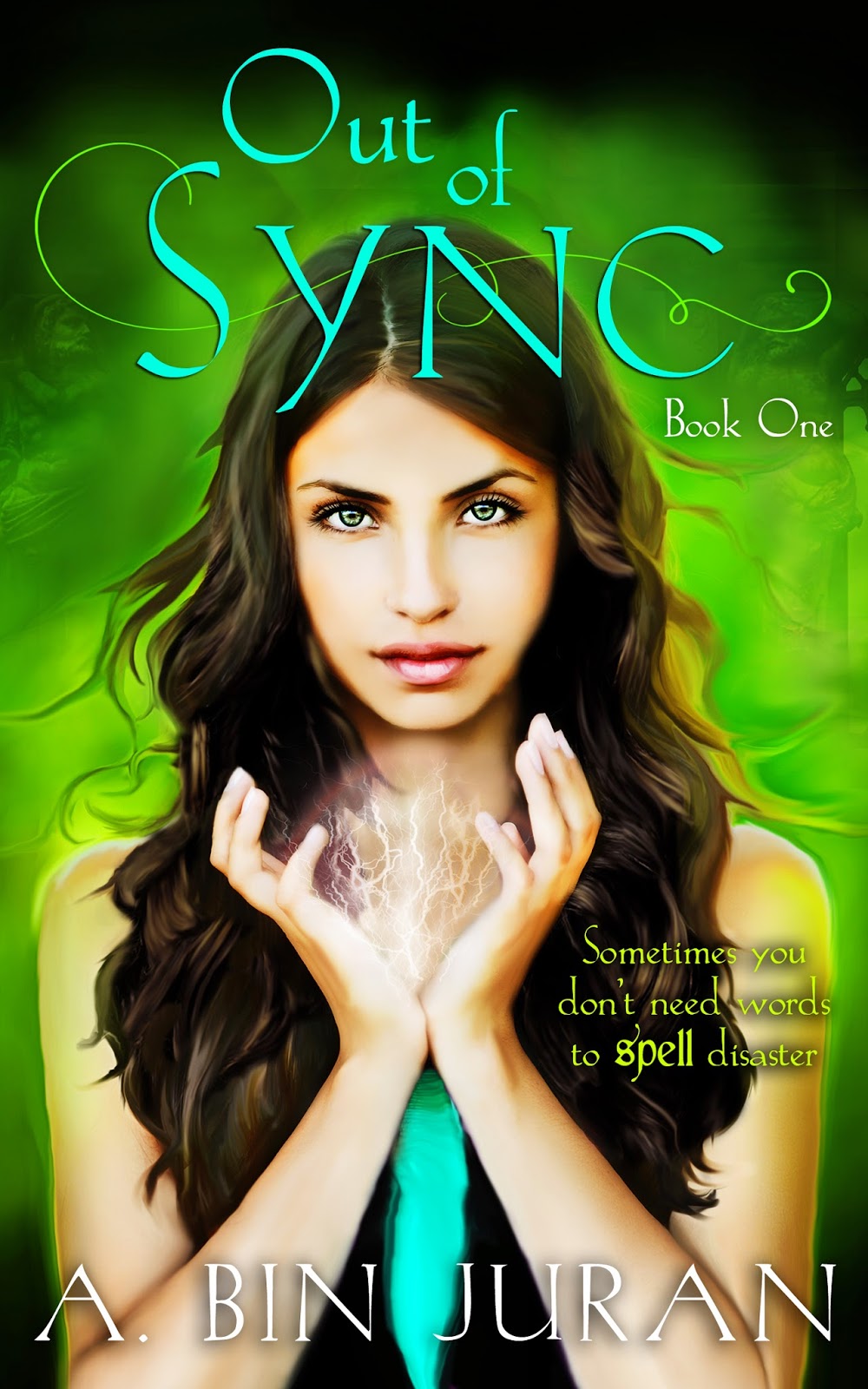 Sometimes you don’t need words to spell disaster—but they sure can help.


I’m a magical misfit I won’t let it define me.
A bolt-zapping disaster magnet.
But at least I’m still trying.
The guy I like asked me out.
I hoped my luck was changing.
Then my coven trials began.
....they’re harder than I expected.
Now my life hangs in the balance.
I don’t know what I’m doing.
But I do know this:
I’m not going down without a fight 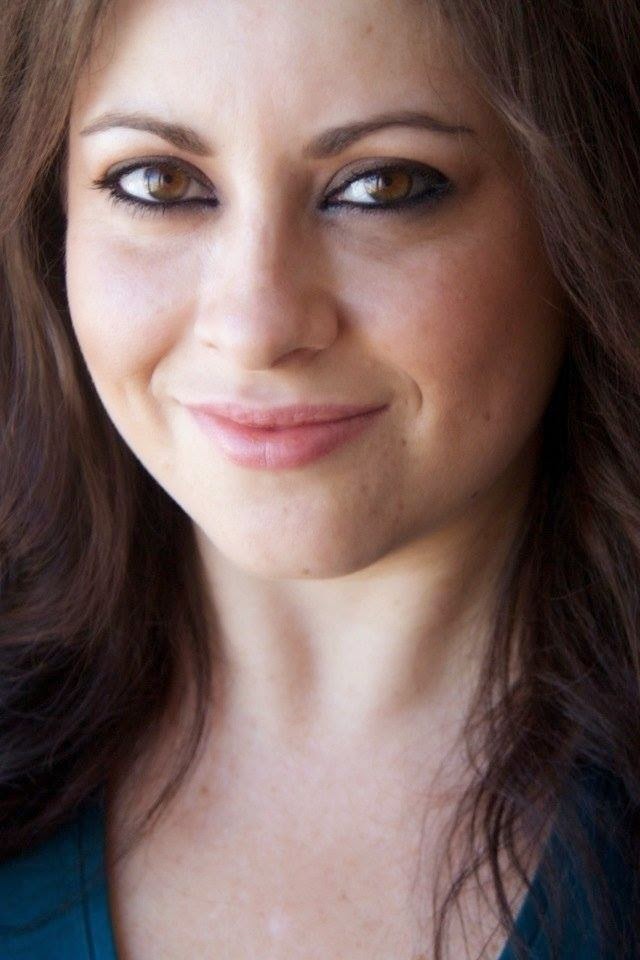 My name is Ainat Bin Juran, and ‘Out of Sync’ is my debut novel. I’m a wife and a mom of nine-year-old twins; I’ve recently taken up drinking coffee—though it might be just an excuse to have short breaks in which I can listen to audiobooks.

I fell in love with reading at a young age, and fondly remember long car rides with my dad as a kid, talking about sci-fi novels.

My passion for the written word carried into my law degrees, and somewhere along the line, I decided to try my hand at writing fiction.

I found the process inspiring, with all its unexpected twists and turns. I typically plan and mind-map, and yet, sometimes, the characters take control and follow a path I hadn’t even imagined.
The journey to a complete novel is always invigorating and a little crazed; it’s a breath of fresh air and sometimes, it sets one’s teeth on edge; but I wouldn’t trade it for the world …. Not even when I’m laying in bed, bone-tired, and inspiration decides to strike.

I’m always stretching the day, trying to eke out a few more minutes so I’ll have more time to write—so if you see me scribbling something down, chances are that I’m trying to grasp an idea before it slips away.

Here’s the blurb and excerpt from my debut novel, ‘Out of Sync.’ I hope you’ll enjoy it :) 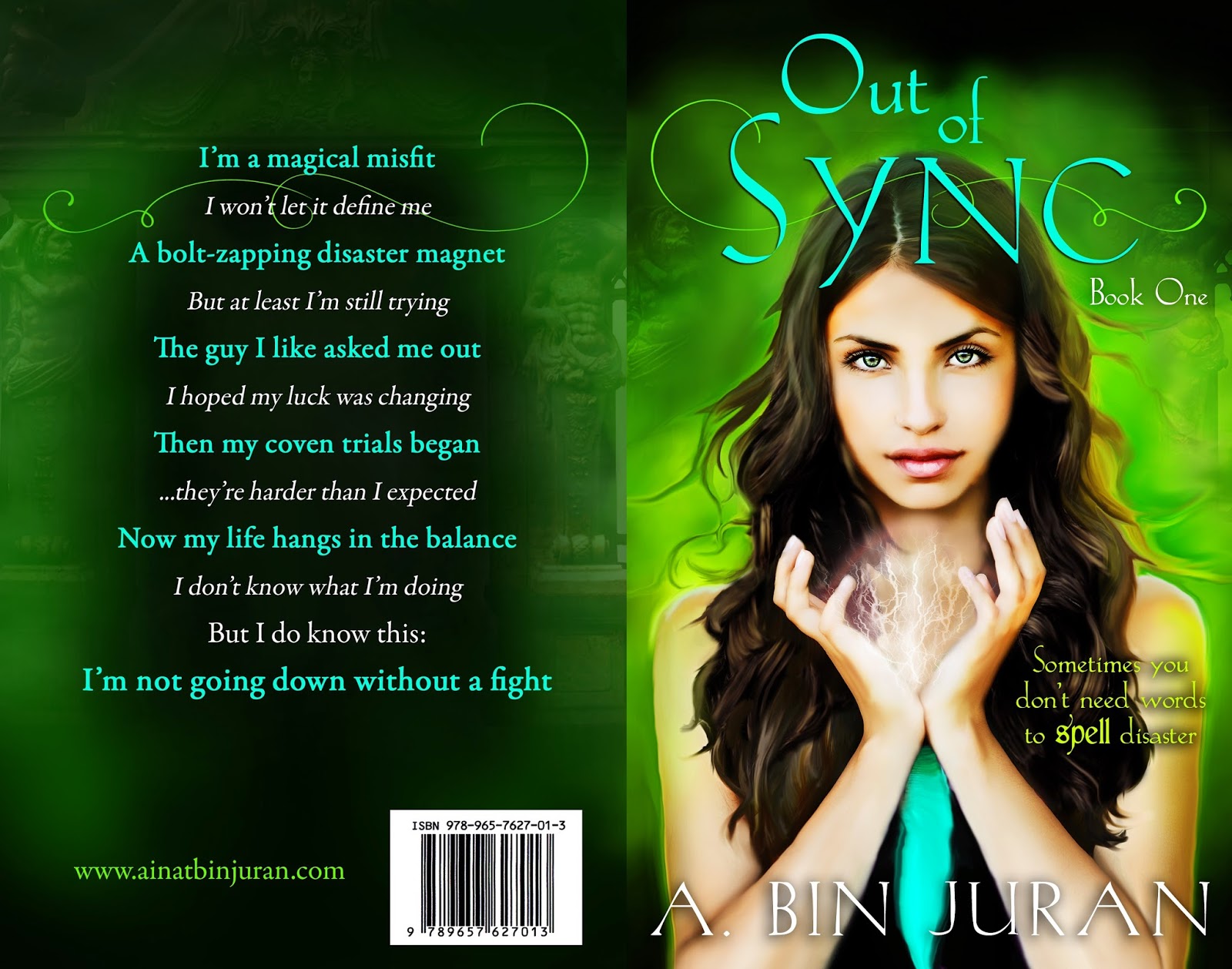 Low grumbles emanated from the creatures circling me, grimly advertising their intent.

The sweltering desert heat clung to me like a second skin, causing beads of sweat to trickle into my eyes.

I squinted, inadvertently blurring my vision, which posed a problem given that my newly adopted life plan had just been reduced to not ending up as dog food—or whatever you would call the equivalent for wolves.
"Nice wolfies . . ." I stammered, the bitter aftertaste of adrenaline lacing the back of my throat.

Pointed brown-stained teeth snapped at my feet as another wolf lunged closer, its acrid breath filling my airways. I gagged. "You really should have yourself checked; I’ve smelled doggy breath before, but this is taking it to a whole other level," I ventured, trying my hand at nurturing some rapport as my eyes darted, searching for an escape route.
Yellow eyes trailed my movements as drool began to accumulate in anticipation.
"Eating me will not improve that smell," I tried again, jerking my thumb at the breather. Was this really my pitch? I wouldn’t add to your dental value?

"I’m not that nutritious, either! Really, I eat a lot of junk," I lied. I didn’t actually get to do much snacking—though I would have been happy to if anyone ever bothered to send some to my dorm room.

One of the wolves slunk closer, grazing my knee with his dry nose.

My voice caught as I continued trying to reason with the mongrels. "I’m not all that chewable, either . . . . I’m bonier than I look." Then I remembered how fond canines were of bones and shut up, shaking my head with disbelief at what was coming out of my mouth just in time to miss a set of snarling jaws hurtling at my throat.
Being eaten by a pack of hungry mutts was definitively not the way I wanted to go.

I could feel the panic crackle through me, swiftly building up inside me.

I tried to regulate my breathing as my fingers itched with electricity.

Deciding it was time to take what action I could, I jerked my hands forward, and a bolt of lightning erupted from my hands and into the pack. Yes, it worked! Not only had I managed not to set myself on fire, the bolt had actually landed in the general vicinity of what I’d aimed at! Most of my thunderbolt throwing thus far had been limited to uncontrolled spasms from nerves or anger, so this was quite a feat. But there was no time for an awkward victory dance.
The wolves recoiled momentarily from the sudden attack, giving me the opening I had been waiting for. I lunged forward, hurtling my body toward the gap, hoping the light show would afford me enough time to reach safety.

I scrambled, gathering whatever energy I had left and ran.

After a few minutes of frantic chase, I perceived a discoloration in the distance. I set my sights on reaching that goal as the wolves shadowed my movements, gnashing their ravenous jaws all around me.

As I gained ground, I could make out more detail in the bleak colors. The discoloration was a cave.

The wolves were behind me, but I was closer. I would make it, I told myself; I had to.

Hope spread, infecting my mind and expanding my lungs, blinding me.

Reality, however, sank its filthy teeth into me.

I yelped in agony as the pain shot through me. My legs buckled beneath me, and I collapsed into the desert sand, a hair’s breadth from snarling, snapping teeth.

Want to know what happens next? Be sure to grab your copy of Out of Sync today!

When not immersed in books — be it writing or reading them — Ainat can usually be found nestling a cup of coffee in the company of her husband and twins.

A former fast-food employee, T-shirt seller, and glorified secretary, Ainat eventually found herself with Bachelor’s and LL.M. degrees and working as a lawyer.

A few years later, listening to a catchy pop song about dream fulfillment, Ainat decided to buy a clunky little laptop and get to work. Ten novels and a much better laptop later, she came to the realization that hitting the double-digit mark meant it was time to publish and start consuming coffee (though not necessarily in that order).

When she isn’t writing, editing, or mothering, Ainat enjoys reading promiscuously, watching political dramas and sci-fi series, and taking embarrassing memos-to-self complete with accents and dramatic pauses that should never be unleashed, ever.