Having had the pleasure of reading and reviewing this entire series already, I'm thrilled to be taking part in the Blog Tour for Legacy by Ellery A. Kane thanks to Xpresso Book Tours! Ellery A. Kane kicks off a great dystopian series with Legacy and I highly recommend you check it out! 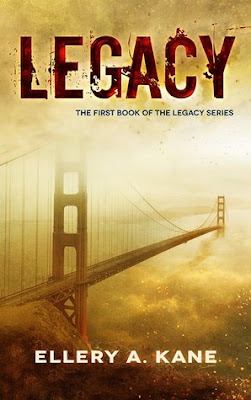 Check out my reviews of the series:
Legacy | Prophecy | Revelation

A Day in the Life:


What exactly does a forensic psychologist do? I know precisely what you’re thinking right now. You’re picturing Jodie Foster and Anthony Hopkins—Clarice and Hannibal. You’re seeing a beleaguered Morgan Freeman as Alex Cross, hunkered over a desk, analyzing crimes scenes, profiling serial killers, putting together a puzzle no one else can solve. And you wouldn’t be entirely wrong. But for most forensic psychologists, a day in the life is far from Hollywood.
Forensic psychology begins at the intersection of psychology and the law, and its practitioners are involved in a variety of diverse issues, ranging from criminal insanity to child custody to violence risk assessment. My primary job responsibility is evaluating prison inmates, most of whom have committed murder or another serious crime, have been incarcerated for a very long time (some before I was born!), and are coming up for parole. I’m tasked with assessing the inmate’s risk for future violence, using an interview and standardized tools, to inform the parole board’s decision about release.
I’m often asked what it’s like to sit across the table from someone who has taken a life. In fact, this very question inspired one of my characters, George McAllister. But, I get the feeling no one really believes my answer, which is: It’s not that different than sitting across the table from anyone else. Through my work, I have become more and more certain that we all have the capacity for good and evil, that it is a peculiar blend of choice and circumstance that puts me on one side of the table, him on the other. One of my favorite poems, The Veteran by Dorothy Parker, reads in part:


You probably won’t believe this either, but being a forensic psychologist is a lot like being an author. My job is to tell a story. I start by getting to know the main character, gathering information from as many sources as possible (the inmate, his prison file, criminal history, etc.), and a picture begins to develop. The plot, already written and sometimes inexplicable, becomes clearer. I learn how the main character has developed, how he came to be who he was, and why he acted a certain way in the world. Then, I communicate the story to others, in a way they can understand, trying to make data-driven predictions about how the rest of the tale might unfold. As a young adult author, I relish the idea of my stories having impact, my words resonating with a reader. As a forensic psychologist, the stories (reports) I write carry great weight and with them great responsibility.
At the end of a day in the life, I hang up my forensic psychologist hat and trade one computer for another. Diet Snapple in hand, brain buzzing with inspiration, I sit down and start to tell a story. 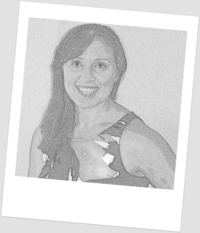 Forensic psychologist by day, young-adult novelist by night, Ellery Kane has been writing—professionally and creatively—for as long as she can remember. Just like her main character, Lex, Ellery loves to ask why, which is the reason she became a psychologist in the first place. Real life really is stranger than fiction, and Ellery’s writing is often inspired by her day job. Evaluating violent criminals and treating trauma victims, she has gained a unique perspective on the past and its indelible influence on the individual. An avid short story writer as a teenager, Ellery recently began writing for enjoyment again, and the Legacy series was born.