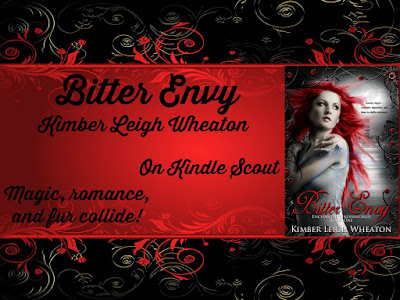 Bitter Envy by Kimber Leigh Wheaton has been chosen for a Kindle Scout campaign! Having been involved with the reviewing and promotion of Kimber's previous books, I can honestly say she is a is a fantastic author. Lets help her get this fantastic sounding tale out there in the world! 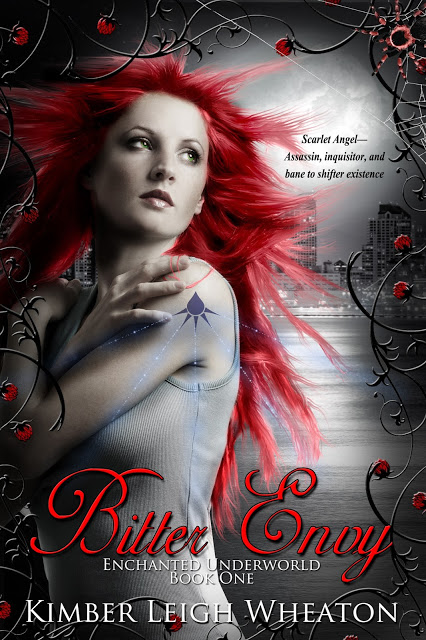 Five years ago, my parents sold me to dark shifter lord Uriah Amstead in exchange for a house and a monthly stipend. He took my light magic powers, developed them, warping the light into something darker through means that would make a hardened criminal flinch.

Born an enchantress, I wield the light magic that is a natural constraint to shifter dark magic. But now I use my powers to help Uriah grow his criminal empire. I torture shifters with my light magic, and sometimes I’m forced to kill. Those who think it’s a choice don’t understand the atrocities that Uriah would commit to keep me in line. I always choose the lesser of evils. But even that doesn’t sit well with my conscience.

In the shifter underworld of sunny San Diego, it can be hard to know who to trust. But I have to take a chance… because this time Uriah has gone too far.

I am Envy Davis, the Scarlet Angel, and I am through being a pawn.

After a short time, the tears dry. It’s hard to cry for someone who would have hurt so many more people had I not killed him.

“He deserved it, Envy doll,” Jack says, echoing my thoughts.

“Perhaps.” I lean my head against the window and watch the cars we pass on the freeway. “I killed him with magic.”

“I’ve never done that before,” I say, pushing him to reveal his feelings on the matter. “Uriah is thrilled. He couldn’t hide that gleeful sneer from anyone.”

“It seems you’ve reached a new power level along with Uriah,” Jack says, keeping his eyes trained on the road. He clenches his jaw and looks ready to yank the steering wheel clean off.

“Why are you angry, Jack?” My voice sounds so young, like a scared child. “Did I upset you?”

“No, Envy doll. No, of course you didn’t,” he says, reaching out to pat my leg. “It was that monster you killed. Had you taken any longer, I would’ve separated his head from his body with my bare hands… he called you a whore.”

“Oh, is that what hure means in German? Meh, wasn’t the first time and won’t be the last.” I glance at his rigid form from the corner of my eye. “What else?”

“That creepy snake was going to make you service him in front of all of his guests,” he yells, banging the wheel for emphasis.

“Did you hear what I said?”

I shudder. “Yes, Jack, and I’d rather not think about it.” How many other girls had he forced to perform lewd acts in public? “Thanks. Now it’s all I can think about!”

“Do you want to change before you meet lover boy?”

“No, and stop calling him that.” When Jack doesn’t reply, I turn my glare on him. “I took care of the situation. I’m fine. He’s dead. End of story. Pull out whatever’s crammed up your ass and stop acting like this.” I cross my arms over my chest. “Things are hard enough without your damn attitude.”

He snorts. “So you’re going to meet Connelly wearing a Catwoman costume?”

“There’s my little spitfire,” Jack says, ruffling my hair. “You were gone for a while.”

“It doesn’t get any easier… the killing,” I whisper. “I thought it would—especially if they deserved it.”

Want the opportunity to read more? Well you need to vote! 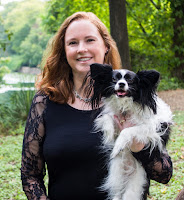 Kimber Leigh Wheaton is an award-winning, bestselling YA author with a soft spot for sweet romance. In addition to writing, she works as an editor for two publishers, as well as select indie authors. She is married to her soul mate, has a teenage son, and shares her home with three dogs and lots of dragons. Kimber Leigh is addicted to romance, video games, superheroes, villains, and chocolate—not necessarily in that order. (If she has to choose, she’ll take a chocolate covered superhero!) Winner of the 2014 Rising Star Award at the BTS Red Carpet Awards in NOLA & a Silver Medal for YA Mystery/Horror in the 2015 Moonbeam Children’s Book Awards.

a Rafflecopter giveaway Remember if you want Kimber Leigh Wheaton to have a chance to get Bitter Envy out there don't forget to vote!