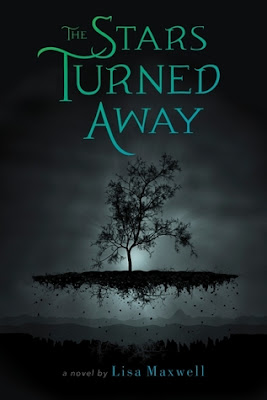 The Stars Turned Away by Lisa Maxwell
Releases on: February 2nd 2016
Add on Goodreads!
For as long as she can remember, Gwendolyn Allister has never had a place to call home—all because her mother believes that monsters are hunting them. Now these delusions have brought them to London, far from the life Gwen had finally started to build for herself. The only saving grace is her best friend, Olivia, who’s coming with them for the summer.

But when Gwen and Olivia are kidnapped by shadowy creatures and taken to a world of flesh-eating sea hags and dangerous Fey, Gwen realizes her mom might have been sane all along.

The world Gwen finds herself in is called Neverland, yet it’s nothing like the stories. Here, good and evil lose their meaning and memories slip like water through her fingers. As Gwen struggles to remember where she came from and find a way home, she must choose between trusting the charming fairy-tale hero who says all the right things and the roguish young pirate who promises to keep her safe.

With time running out and her enemies closing in, Gwen is forced to face the truths she’s been hiding from all along. But will she be able to save Neverland without losing herself?

Thoughts:
First off the idea of Neverland catches my attention as I've always had a special love of Peter Pan, but then the idea's of monsters, Fey, fairy-tale heroes and rogue pirates get thrown into the mix and suddenly this promised twist on a classic sounds sooooo good! Definitely hoping to read this when it comes out!

What do you think of The Stars Turned Away?
And what are YOU waiting on this week?