Welcome to the Blog Tour for Anya and the Shy Guy by Suze Winegardner, the fourth book in the Backstage Pass series! Written by a different author each time, I've been steadily progressing through this series and thrilled to have been able to read and review Anya and the Shy Guy! Yesterday I posted my review and today thanks to YA Bound Book Tours I have a fabulous excerpt and a giveaway to share with you all. I love this series and urge you all to check it out! 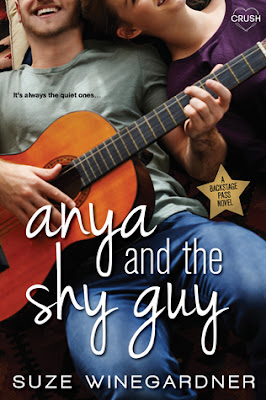 
“What was that? What the hell was that? You can’t just go around kissing random people without notice. It’s rude. You’re rude.”

Anya’s heart hadn’t stopped thumping through her chest since he’d kissed her. She didn’t know what had made him do that. But she wanted to make him do it again. Her first kiss. That is if you didn’t count Jimmy Madden in fifth grade, and she didn’t. She used to, but not now.

Not as of ten minutes ago. Now she knew what a real kiss was like.

She rolled up onto her side, too, and searched his eyes for something, she didn’t know what. But it was so dark up there, she couldn’t really see anything other than the outline of him.

He spoke first. “Sorry about kissing you before. It was the adrenaline after the show. It’s still in me. But when I get off the stage, I feel like I can fly. Like my body isn’t big enough to hold everything inside me. Like I’m going to explode.” He paused and flung himself on his back again and reached his arms up toward the sky and stretched. “Hey, we can just be thankful that it was you there, and not LJ, right?”

Her heart rolled over and curled into a dry ball of what the hell? So he would have kissed an old man if she hadn’t been there? What a jerk! There she had been, basking in her first kiss, and she could have been anyone at all. Anyone that just happened to be in reach. What a—

“That is, if you hated it and never want me to kiss you a gain. If, by a complete shot in the dark, you actually liked it, then I have to say...” He rolled over again and poked her kind of hard in the ribs. “I’d certainly prefer to kiss you than LJ. Well, almost certainly.”

Jerk! “Whaaat?” Relief and outrage spiked together and she jumped on top of him, making him “Ooof.” She jabbed her fingers into his ribs as he tried in vain to catch her hands.

“I’m interchangeable with LJ, am I? Maybe I should kiss him and let you know what it’s like, huh?”

He grabbed her wrists and levered himself so he was sitting again, leaving her astride his lap. “Stop. Come here,” he whispered, leaning in to her.

She met him halfway, her eyes fluttering shut as his mouth caressed her jaw. She stretched her neck to allow him better access. The breeze fluttering across the roof mimicked his lips grazing over her face. He pulled away slightly and, after a second, she opened her eyes to see him staring at her. He slowly tucked a piece of hair behind her ear. “You’re beautiful,” he said simply.

She looked away from him, unwilling to accept that he was be ing truthful. Fingers tipped her chin back up, and his lips slowly sunk to hers. She felt as if she were melting, from her legs, to her stomach, to her brain that no longer held a thought .

For a few minutes, her whole world became Will, and his kiss.

He pulled away and moaned, “Oh, LJ,” against her cheek. He ducked, laughing, before she could reach him with her poking fingers again. 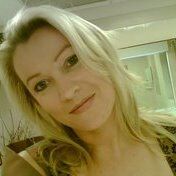 Suze Winegardner is an ex-pat Brit who quells her homesickness with Cadbury Flakes and Fray Bentos pies. She thinks her life is chock full of hoot, just a little bit of nanny. And if you get that reference, well, she already considers you kin. She is represented by Laura Bradford, of the Laura Bradford Literary Agency and writes for Entangled Publishing‘s Crush imprint. She’s lived in London, Paris and New York, and has settled, for the time being, in North Carolina.

When not writing, Suze loves to travel with her military husband, and take long walks with their Lab. 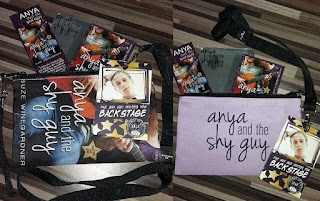 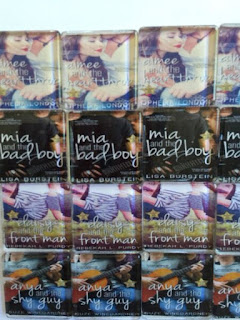