A few weeks ago I featured Lauren Dawes and her novel Half Blood on the blog and today I'm excited to be showcasing the two books in her Dark series, Dark Deceit and Dark Desire! I've got some short by sweet excerpts from both books as well as three, you got that, THREE ebook sets of both books to give away! 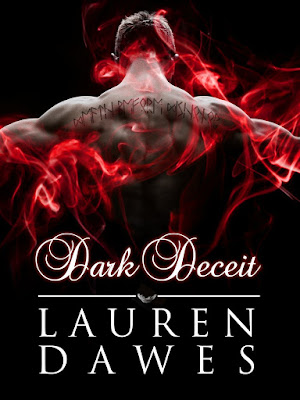 The time of Odin is over. The Aesir gods now live among the humans in their bustling modern cities. Their brutal dominion over the other gods and their eradication of the entire dark elf race may have ended, but their actions have not been forgotten.

Korvain is one of the last full-blooded dark elves, and is feared like no other. His ruthlessness and cold heart are legendary, but when he is given the task of killing one of the most fabled goddesses of all time, he is left with an undeniable desire to make her his own. Failure in his task means only one thing: death. Will he follow his orders, or will he follow his heart?

Bryn's whole world crumbled when she left Odin's service to protect the other valkyries. Now living with the humans, she is the only thing standing between them and total destruction. But her beliefs are about to be shaken to the core when she meets Korvain—a volatile, completely irresistible dark elf who threatens to take away more than just her innocence ...

The hand around Loki’s bicep squeezed harder to stop his struggle, the blood flow in his arm slowing, slowing, until finally coming to a stop. He was numb. He attempted to pull free from those strong fingers, but he got the handle of a hammer jabbed into his solar plexus instead, pushing all the air from his lungs and doubling him over. Loki’s knees gave out, letting the hand feel his slack weight. They had finally caught up with him, but it didn’t mean he had to make it easy for them.

“Walk properly or I’ll break your legs and drag you,” an all-too-familiar male voice thundered. Glancing over his shoulder, he could see the god’s free hand gripping the hammer so tightly his knuckles had turned white. Loki sneered at him and let even more of his weight drop.

Without releasing him, Thor backhanded Loki, smiling as blood tumbled down Loki’s chin from the freshly split lip. Loki stood up to spit on the other god’s sandals and smiled back sardonically. Thor glowered at him, raising his hammer as if to strike him, when a powerful voice jerked him to a stop.

“Enough!” The All-Father’s voice crackled and carried from behind them, echoing resonantly.

Thor glared at Loki, hatred boiling behind his ice-blue eyes. The god’s chest heaved with rage, his arm shaking with a fine tremor.

“Thor!” Odin boomed again, his tone not just a warning but a promise of punishment if Thor chose to ignore him. Loki blinked up at the other man, watching to see if he was going to listen to his father. Thor growled at Loki—baring his teeth—but lowered his weapon.

“Move!” Thor shoved Loki in the back, marching him forward once more. Loki stumbled—the ground becoming rockier, the air thicker. The breeze was hot on his face, the sun an oppressive beast beating against the skin of his bare body. The sting from the wound on his lip turned into a throb, pounding in time with his erratically racing heart.

A sharp rock bit into the heel of Loki’s foot, hobbling him instantly. His blood trailed behind him, following him up to the entrance of the cave that would no doubt become his prison, its dark maw open and waiting for him. Fear turned his stomach to stone, a cold sweat breaking out on his brow despite the blistering heat. Loki slowed his pathetic march, coming to a stop on the sharp rocky ground just before the shadowy entrance. This time Thor wasn’t so gentle with him… 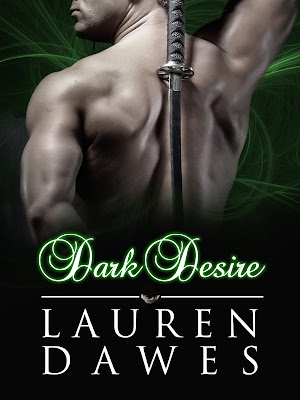 The time of Odin is over. The Aesir gods now live among the humans in their bustling modern cities. Their brutal dominion over the other gods and their eradication of the entire dark elf race may have ended, but their actions have not been forgotten.

With the death of Adrian still haunting Taer’s every waking breath, she dreams of getting revenge on the dark elf responsible for her brother’s murder. But when the one person she’s depending on to train her in the art of weaponry refuses to help, she has no other choice but to get instruction from the most unlikely of people. Driven by an undeniable desire, Taer finds herself learning more than just how to fight.

Eir, the goddess of healing, has had her spirit destroyed with the death of her twin at the hands of a deranged god. Still struggling with her loss, she is merely surviving each day. That is until a chance encounter with a human shows her that her broken heart can be mended in the simplest of ways.

Galen watched his partner finishing off their current hit in the reflection of the floor-to-ceiling plate glass windows of the high rise apartment block nestled in the Chicago skyline.

The male cowering at the end of Rhys’s knife was making soft mewling sounds in the back of his throat. With a wicked grin, and his blue eyes flashing brilliant gold for a split second, Rhys plunged his knife into the human’s throat, the pitiful bleatings turning into his final gurgling breaths.

Galen refocused his eyes onto the dark waters of Lake Michigan beyond the glass. Lights from the surrounding buildings bounced off the nearly flat surface, creating a kaleidoscope of blues, yellows and reds. It was almost serene, until he caught glimpses of the fresh blood splashed on the front of his shirt in his reflection.

Galen turned back around to face Rhys, who was just getting to his feet, his hands and forearms slick with blood. Galen’s eyes drifted down to the corpse, a sadistic smile tugging up the corners of his mouth.

Craine was going to be happy with them.

“We’re done here,” he said. Rhys nodded once and faded from the room. Galen wandered over to the front door, stepping over the body casually, and unlocked it. He didn’t have to worry about the human authorities tracking them, recognizing them, although their crimes were already notorious.

As Walkers, they would never be discovered and never be caught.

As Craine’s wet men, they were untouchable.

When Galen faded back to the apartment, he found Rhys at the kitchen sink, washing away the blood caking his skin. Galen didn’t know why their boss had wanted their latest target liquidated, but what Craine wanted, Craine got.

And in all honesty, Galen didn’t give a fuck.

He’d been born and bred for this shit. Killing. Blood. Torture. He thrived on the hunt, on the kill… 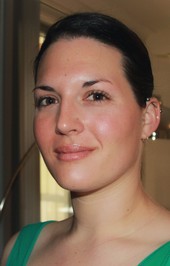 Lauren Dawes is an urban fantasy/paranormal romance writer and the author of the Half Blood Trilogy. You won’t find any friendly vampires in between the pages of her books; just blood, teeth and violence. When she’s not writing, she’s reading or teaching. She currently lives in Victoria, Australia with her husband and cat.