Welcome to the Book Blitz for The Reader by M.K. Harkins thanks to YA Bound Book Tours. Today as part of the blitz I have an interview with the author to share with you as well as the tour wide giveaway. Enjoy :) 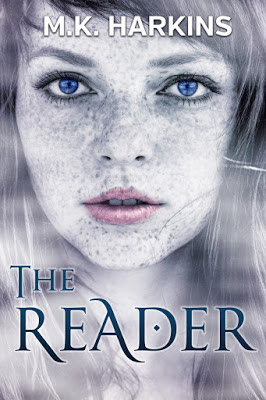 Hunted, shot, and without her memory, eighteen-year-old Ann Baker wakes in shallow water on a deserted Pacific Northwest island. She is soon approached by two young men claiming to be her friends. Something isn’t right, but when gunshots sound, Ann is left with little choice but to allow Devon and Archer to help her escape. Soon she finds herself in their North Bend mountain compound, where the higher evolved humans claim to be mind-readers. While Ann heals, she realizes they believe her to be one of the last and most powerful of all – The Lost One.

She’s welcomed by most with opened arms, but not everyone is happy about her arrival. A jealous adversary has plans for Ann, which spirals the entire Reader community into chaos.

As lies, murder, and betrayal threaten to rip apart the once harmonious mountain dwellers, Ann is thrust into making a decision that could save or devastate not only The Readers, but all of mankind. But there’s just one glitch: by doing so it may require her to make the ultimate sacrifice.

When did you first realize you wanted to be a writer?
I know the exact date – February 3rd, 2013.  I ran out of reading material on my Kindle. I stared at the wall, for what seemed like hours. It was then that I had a light bulb moment.  I thought “Well, if I can’t find anything to read, I’ll just write something!”  The “something” became my first novel, Intentional.
Do you have a routine that you use to get into the right frame of mind to write?
Yes and no.  I need uninterrupted time (I’m not one of those authors who can write for an hour per day) Give me four hours, and I’m good to go.  I do my best writing in the parking lot waiting for my daughter to finish her basketball practice.
Where did you get the idea or inspiration for The Reader?
I have absolutely no idea!  When I sat down to write it, the words, plot, dialogue literally flew from my fingers to the keyboard.
What books have most influenced your life?
The first book I remember reading was Exodus. I was in the 7th grade and I couldn’t put it down. Although I can’t remember all the details, I’m sure it has made me more compassionate.
The next book would have to be Slammed by Colleen Hoover. I know these two books are polar opposites, but nonetheless they both left their mark.  With Slammed, I was introduced to a simple, yet complex love story. It brought out all my dormant feelings of first love. My heart raced, my palms became sweaty – all of those feelings came back in a rush. If it were not for Colleen Hoover, and her wonderful writing, I would not have written my first book. That’s a pretty big influence!
What do you like to do when you are not writing?
When I’m not writing, I like to think about writing.  When my fingers are not on my keyboard, my brain is batting around dialogue.  I think it’s called “Voices in my Head” but for writers, it means creativity, not craziness (I think - lol)
Any future writing news you would like to share?
Yes!  I am currently working on Famous by Default (another YA book).  Also, if I get enough requests, I’ll continue with The Reader Series :)  (So email me!) 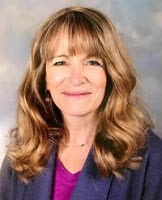 MK has always been a voracious reader. After hitting a dry spell of reading material, she decided to write the kind of book she'd like to read. This resulted in the creation of her debut novel, Intentional. (Award for Best Sweet Romance - eFestival of Words- August 2014)

Unintentional, her second book, is based on the life of one of the characters in Intentional. Unintentional was written as a stand-alone book.

Breaking Braydon and Taking Tiffany have both been released. Available on Amazon.

When she's not writing novels, she likes to spend her free time traveling the world, splashing in mud puddles (She lives in Seattle, what can she say?), watching movies and reading (!)


MK also runs her own business in her current hometown of Mercer Island, Washington.