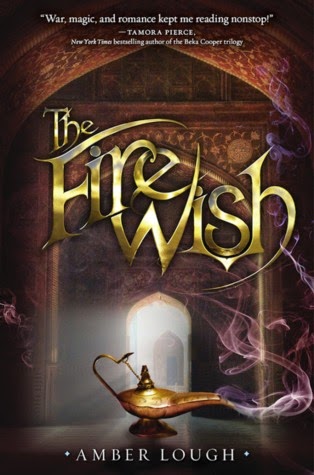 The Fire Wish by Amber Lough
Releases on: July 22nd 2014
Add on Goodreads!

A jinni. A princess. And the wish that changes everything. . . .

Najwa is a jinni, training to be a spy in the war against the humans. Zayele is a human on her way to marry a prince of Baghdad—which she’ll do anything to avoid. So she captures Najwa and makes a wish. With a rush of smoke and fire, they fall apart and re-form—as each other. A jinni and a human, trading lives. Both girls must play their parts among enemies who would kill them if the deception were ever discovered—enemies including the young men Najwa and Zayele are just discovering they might love.

Thoughts:
This book sounds really interesting, and unlike anything I've read before! I love the idea of two very different girls living each other's lives....and falling in love along the way.


What do you think of The Fire Wish? Do YOU want to read it?
And what are you waiting on this week?