Today on the blog I have the Book Blitz for Divine and Dateless by Tara West thanks to Xpresso Book Tours! Below you'll find a very juicy and entertaining excerpt as well as the tour wide giveaway :) Plus, I've got an ecopy of Divine and Dateless to give away! 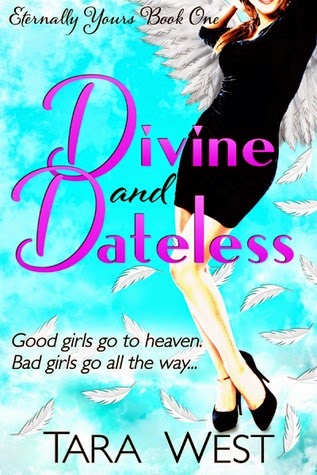 What can be worse than electrocuting yourself while getting ready for your Internet date? Realizing the hot stud you’ve been fondling is the grim reaper? Being chased by a sex-crazed bloated, naked corpse?

How about an eternity of more bad hair days and horrific dates?  Or lusting after the one guy in all the afterlife whose hydrophobia rivals his fear of commitment?

"Come on, let's go. I've got a heart-attack victim waiting."

"Heart attack?" I gasped. "So you're a doctor?" Maybe his profile said oncologist and I'd read it wrong. Even so, if he did have heart attack patient, what was he doing going on a date when he should have been saving this person's life?

"Angel of Death, Grim Reaper, Gabriel, Yama, Azrael, depending on your religion."

Shit! Fake Roger is a weirdo.

I should have known. Despite being raised in a very religious household, I’d started to question whether there even was a God. Because if there was a God, surely he wouldn't have deprived me of sex with a real person for a year only to have set me up with the world's hottest psychopath. "This is a joke, right?"

Fake Roger, or Grim, or whoever the hell he was, scrunched up his handsome features and looked at me as if I'd just sprouted an arm out of the top of my head. "Have you seen yourself?"

"I know." I pushed back a wiry strand of hair that had slipped out of its headband. "I think I can fix this with a little conditioner and mousse. Excuse me."

I turned on my heel and ran straight for the bathroom, slamming the door behind me. Letting out a shaky breath, I stared at the warped wooden door. I didn't know why I was expecting Fake Roger to bang it down with a machete, but the guy was creeping me out. What the hell had that been about? Where had this guy come from, and where was Roger?

The Angel of Death? Really?

Then it hit me. This guy might actually be a genuine serial
killer. One thing was for sure, he was delusional if he thought he was the Grim Reaper.

I stood at the door for several seconds. When my arms and legs got this tingly, weightless feeling, I realized it must be from fear. Then I remembered my cellphone. I had set it on the counter right before I got shocked.

I backed away from the door and spun around. That’s when I nearly tripped over my head.

My body was on the floor, my hair was fanned out in a wild mess, and my lifeless eyes were staring up at the ceiling. But wait. What was I doing down there when I was also up here?

.....Want more? Be sure to grab a copy of Divine and Dateless! 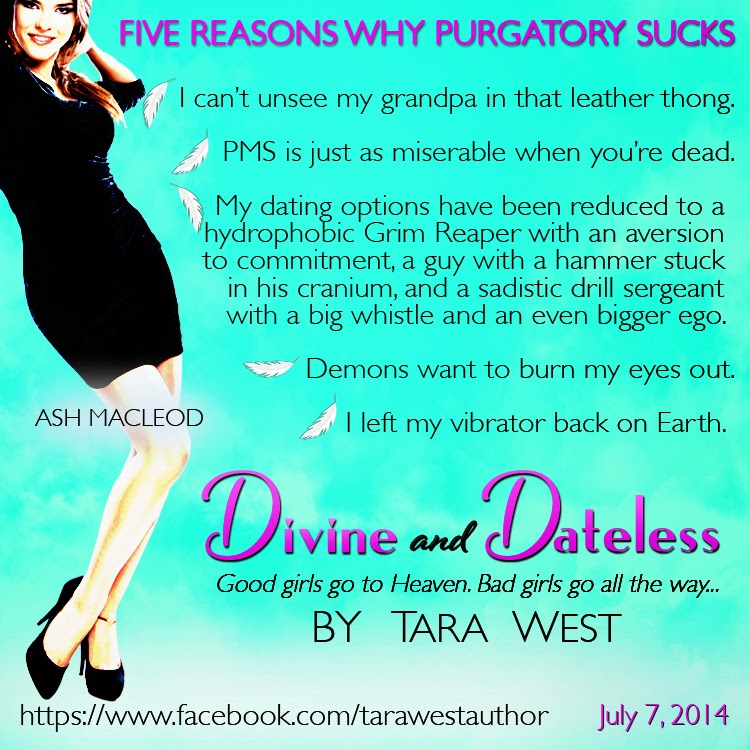 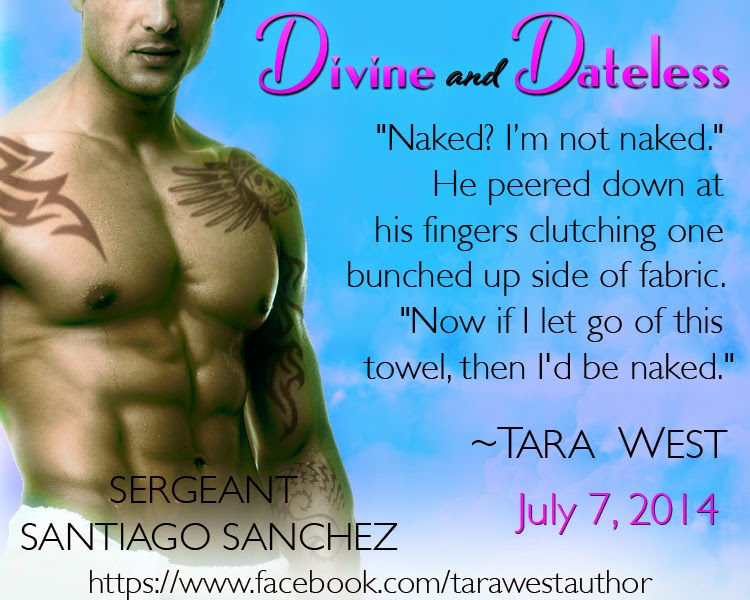 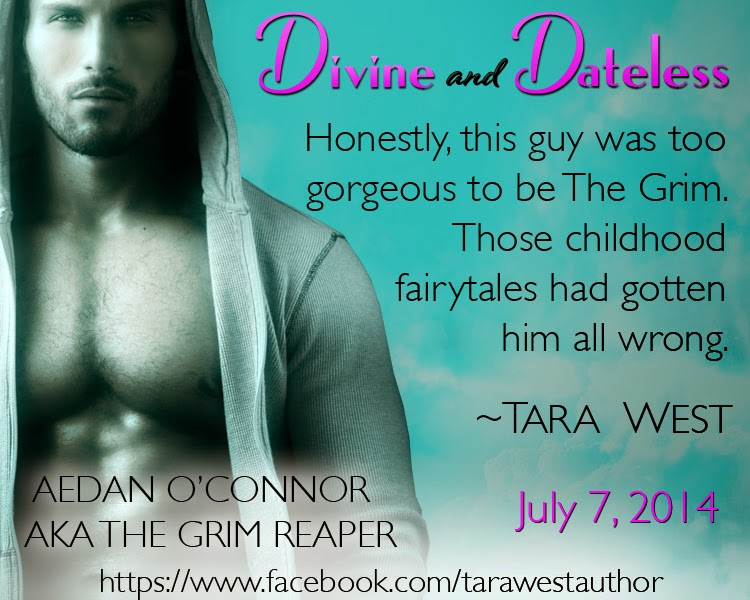 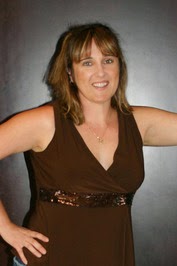 Tara West's young adult and new adult romances have been Kindle bestsellers. A former high school English teacher, Tara is now a full-time writer and graphic artist. She enjoys spending time with her family, interacting with her fans, and fishing the Texas coast.

Thanks to Xpresso Book Tours and author Tara West I have an ecopy of Divine and Dateless to give away :) To enter simply comment with your email address and which format you would prefer! That's it! Giveaway ends on July 27th!