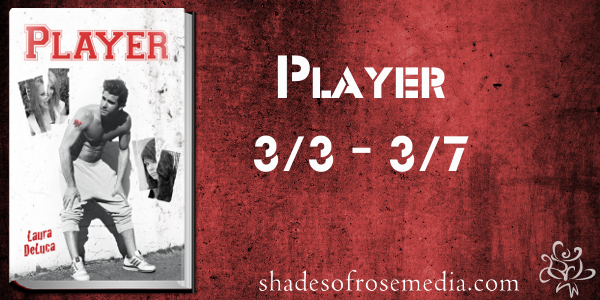 Welcome to the Blog Tour for Player by Laura DeLuca thanks to Shades of Rose Media! Personally I think this book sounds fabulous and the exceprt I have to share just makes me want to read it asap! Plus, don't forget the awesome giveaway going on during the tour also. 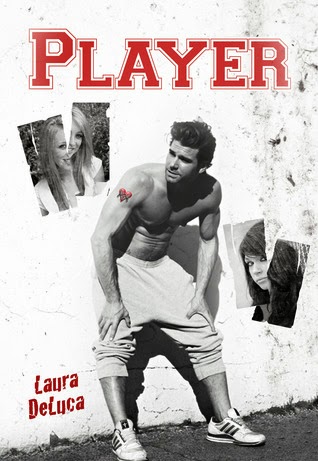 Joshua Handover had it all. He was handsome, rich, athletic, and had always been popular with the ladies. Yet, until he gets paired up with his beautiful but shy lab partner, Rosa, he never allowed himself to fall in love. As the chemistry between them grows, Josh realizes that his player days have come to end. But it seems his change of heart has come too late. Not only is Rosa leery of his bad boy reputation, he has four vindictive ex-girlfriends who are on a rampage. At first he doesn’t take their threats seriously, but then his tires are slashed, someone tries to poison him, and one of the girls turns up dead. Josh doesn’t know who to trust, but one thing is certain. It definitely isn’t worth the price he’s paying to be a player.

.......Someone else came over to offer Nadine their congratulations, so Josh said goodbye and went to his locker to get his backpack. He figured he would meet up with Andrea and Rosa in the parking lot. He fumbled with the combination before finally getting the door to swing open. Something glittered on the top shelf and caught his eye. He reached for it, and a small scrap of paper fluttered to the floor.

At first he wasn’t sure what he was holding. It was a pink plastic tiara with some big gaudy plastic jewels. It was the type of thing he had seen in dollar stores for little girls’ birthday parties. It was practically broken in half, and the edges were sharp. Josh pricked his finger on the jagged point, and a few drops of blood welled from the small wound. He put his finger in his mouth as he bent to pick up the paper that had fallen. When he read it, the broken crown suddenly made sense and he wondered how he could have been so naïve. He should have realized from the instant he saw it what it meant.


“Josh decided to play around
Now one of his girls is under the ground.
Another has a big bump on her head.
And by the end of the dance, the queen will be dead.” 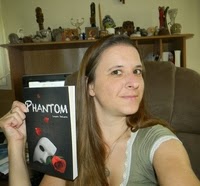 Laura “Luna” DeLuca lives at the beautiful Jersey shore with her husband and four children. She loves writing in the young adult genre because it keeps her young at heart. In addition to writing fiction, Laura is also the editor of a popular review blog called New Age Mama. She is an active member of her local pagan community, and has been studying Wicca for close to eight years. Her current works include Destiny, Destiny Unveiled, Phantom, Morrigan, Player, and Demon.
Visit Laura:
Website | Twitter | Facebook | Goodreads