Today author Amy Talkington guest post's as part of the Blog Tour for her debut novel Liv, Forever, talking all about the books leading man Malcolm Astor! Thanks to Soho Press Amy details exactly who she'd cast for the role. 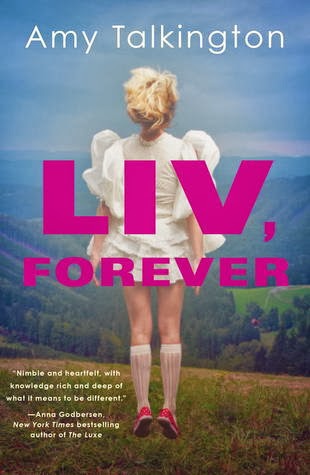 When Liv Bloom lands an art scholarship at Wickham Hall, it’s her ticket out of the foster system. Liv isn’t sure what to make of the school’s weird traditions and rituals, but she couldn’t be happier. For the first time ever, she has her own studio, her own supply of paints. Everything she could want.

Then she meets Malcolm Astor, a legacy student, a fellow artist, and the one person who’s ever been able to melt her defenses. Liv’s only friend at Wickham, fellow scholarship kid Gabe Nichols, warns her not to get involved, but life is finally going Liv’s way, and all she wants to do is enjoy the ride.

But Liv’s bliss is doomed. Weeks after arriving, she is viciously murdered and, in death, she discovers that she’s the latest victim of a dark conspiracy that has claimed many lives. Cursed with the ability to see the many ghosts on Wickham’s campus, Gabe is now Liv’s only link to the world of the living. To Malcolm.

Together, Liv, Gabe, and Malcolm fight to expose the terrible truth that haunts the halls of Wickham. But Liv must fight alone to come to grips with the ultimate star-crossed love.

Who Would You Cast


Malcolm is your typical privileged insider at first glance, but underneath that facade he’s artistic and passionate. Unlike his fellow Victors, Malcolm isn’t interested in preserving a legacy—he’s intent on following his heart. Beneath his (nearly) flawless exterior, he’s soulful with a genuineness that catches us (and Liv!) off guard. Ansel Elgort seems perfect for the part. Yes, he’s incredibly good-looking but he’s got more than that going on. His classic smirk gives him an air of superiority but those eyes make you want to trust him, even if you aren’t sure you should. Just like Malcolm, Ansel is the perfect combination of upper-class sophistication and passionate rebelliousness. 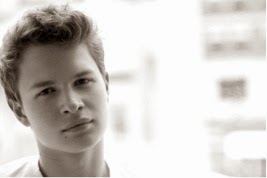 Come on, this guy reciting poetry to you? Yes, please.

Not a terrible canvas. (Liv draws on his chest and arms) 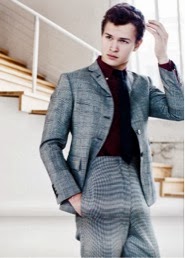 Yes, he can rock the stuffy school uniform and still look cool. 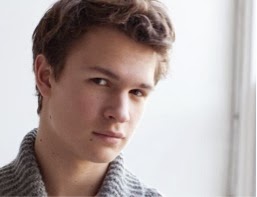 But can you trust him? Like Liv, we won’t be so sure at first.

If you want to know all the latest on Liv, Forever follow me on Twitter @amytalkington and Tumblr: http://amytalkington.tumblr.com 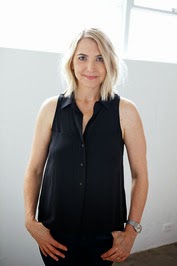 Amy Talkington is an award-winning screenwriter and director living in Los Angeles. Before all that she wrote about music for magazines like Spin, Ray Gun, Interview, and Seventeen (mostly just as a way to get to hang out with rock stars). As a teenager in Dallas, Texas, Amy painted lots of angsty self-portraits, listened to The Velvet Underground and was difficult enough that her parents finally let her go to boarding school on the East Coast. Liv, Forever is her first novel.
Visit Amy:
Website | Goodreads | Facebook | Twitter | Tumblr