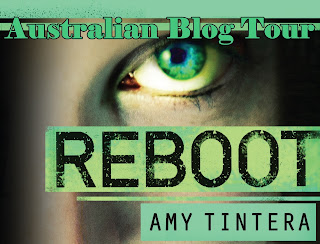 Welcome to the Australian Blog Tour for Reboot by Amy Tintera thanks to the incredible guys over at Allen & Unwin!

I'm so very excited to share with you guys today my interview with Amy as well as a giveaway for 3 paperback copies of Reboot for Australian residents only (sorry international followers!).

Hopefully, you've all had a chance to check out my review of Reboot from yesterday but if not feel free to check it out---Reboot is a fantastic new edition to the dystopian genre! 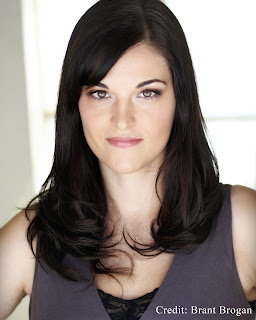 Hello Amy! Thank you SO MUCH for taking the time to answer some of my questions. I'm really excited to have the chance to talk with you, having just recently finished Reboot. It was a fantastic - one of my favorites so far this year - so I'm eager to learn more about what's going on inside your head.

But enough from me, let's get to the questions....

1. Congratulation on the release of your debut novel - you must be so excited! How does it feel knowing your book has just hit the shelves?
Thank you! It feels great. It’s really nice to have the book out there in the world, so people can read it!

2. If you had to sum up Reboot in one sentence, what would it be?
In a post-apocalyptic Texas, teenagers Reboot after death and are forced into slavery by the humans.

3. The concept of the actual Reboots within Reboot is so fresh and different from what's in a lot of dystopian fiction nowadays, where did this idea come from?
I got the idea for Wren first. She was in my head, telling me she’d been dead for 178 minutes, and I built the idea of Reboots around her. I wanted to write something from the perspective of characters who were considered “scary” and “bad.”

4. Wren is such a kick-ass female lead. Can you tell us about where you took the inspiration for her character?
I’ve always loved kick-ass characters like Buffy or Starbuck (from Battlestar Galactica), so I wanted to write one of my own. I particularly wanted to write a character who didn’t express her emotions well, so she had decided she no longer had any. I think women in particular are expected to show their emotions in a certain way, so I decided to write a character who did it “wrong.”

5. If you knew you were about to become a Reboot, what would you rather be, a 178 (with all the speed, healing abilities and strength that comes with it) or a 22 (someone still very human) and why?
Tough question! I think I’d want to be a 22. The Under-sixties are generally the happier characters in the book (even though some terrible stuff happens to them!), and I’d like to still have friends and laugh occasionally.

6. Taking into consideration the film rights for Reboot have already been optioned (*squee*) what actress and actor would you love to be cast at Wren and Callum?
Everyone asks me, but I have no answer! I’ve never had a particular actor in mind for either part. If it gets made into a movie I’d love if someone I didn’t expect just came in and totally blew us away.

7. What's your writing process like? What goes into a typical day or writing for you?
I usually run errands in the morning and write in the afternoon or evening. But sometimes I get excited about what I’m working on and start first thing in the morning! I have a pretty relaxed schedule. In terms of the actual writing, I usually just dive right in with a vague idea of plot. I’m not much of a planner.

8. Are you a big reader yourself? And if yes, what would we find if we had a look at your bookshelf?
I’m definitely a big reader! I read mostly YA, with some romance sprinkled in. Recently, I read BELLE EPOQUE, by Elizabeth Ross, which is an amazing YA historical. Right now I’m reading DARE YOU TO by Katie McGarry, who is one of my favorite YA contemporary romance authors.

9. Glad to meet another Katie McGarry fan--her books are glorious! If you could meet any one person, living or dead, alive or fiction, who would you want to meet and why?
I have no idea! Maybe J.K. Rowling. I’d love to talk to her about how she plotted the Harry Potter novels, and what her struggles were.

10. Obviously there are people out there who are yet to read Reboot, but is there anything you want to tell us about what we're in store for in book two? Pretty please?
I can’t so much, but I will say that book two picks up right where book one left off, and there is just as much action and romance in the sequel!

Thank you again Amy for answering my questions! I'm super excited for people to read Reboot and am already looking forward to the next book! 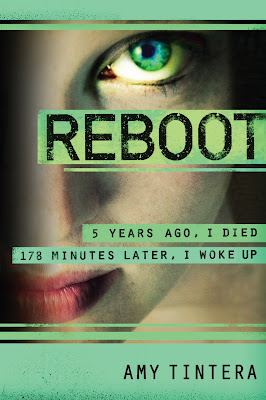 Five years ago, Wren Connolly was shot three times in the chest. After 178 minutes she came back as a Reboot: stronger, faster, able to heal, and less emotional. The longer Reboots are dead, the less human they are when they return. Wren 178 is the deadliest Reboot in the Republic of Texas. Now seventeen years old, she serves as a soldier for HARC (Human Advancement and Repopulation Corporation).

Wren’s favorite part of the job is training new Reboots, but her latest newbie is the worst she’s ever seen. As a 22, Callum Reyes is practically human. His reflexes are too slow, he’s always asking questions, and his ever-present smile is freaking her out. Yet there’s something about him she can’t ignore. When Callum refuses to follow an order, Wren is given one last chance to get him in line—or she’ll have to eliminate him. Wren has never disobeyed before and knows if she does, she’ll be eliminated, too. But she has also never felt as alive as she does around Callum.

Reboot is available now in all good bookshops and online where books are sold!

Giveaway!
As I mentioned in the beginning of my post, I have 3 copies of Reboot to give away thanks to Allen & Unwin which is really exciting because Reboot really was BRILLIANT and I'm happy to share it with my followers! To enter simply comment below with a way to contact you letting me know what you think of Reboot. It's that easy!

- Giveaway will run from June 10th (today) until June 24th (two weeks!) and winners will be chosen using Random.org
- Australian residents only!