Blog Tour: The Queen of the Realm of Faerie by by Heidi Garrett-Excerpt & GIVEAWAY!

Welcome to The Queen of the Realm of Faerie Book Blitz presented by Xpresso Book Tours!

An invisible wall blocked her every effort.

She sensed what was happening: the ancient door between the worlds was closing. She felt with her fingers for a seam, a crack, any open sliver, but all she could think of was Tatou. Had her friend made it through?

She opened her eyes; the river water had become something more like wind. It pushed her eyes shut. She opened her mouth and choked on a gust. If she didn’t push through to the other side…

Her frantic fingers found an edge. She shoved with the heel of her hand. Her head and neck passed through before a weight slammed into her chest. Immobile, she kicked harder.

She pulled up on her arms. Pressure caught one of her wrists. Frantic, she yanked with all her strength. The bracelet on her left hand burst; the individual pearls scattered between the worlds, lost to her forever.

Melia heaved. Her legs remained trapped. She found a plane with her palms. She pressed down. The door wanted to close; she focused her mind. She imagine fluttering through an archway. Resistance scraped her thighs, her knees, her shins.

When it slammed her toes, she screamed. 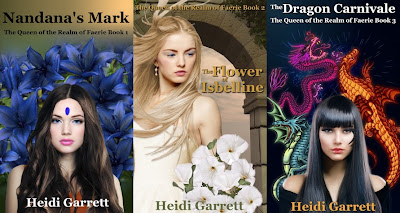 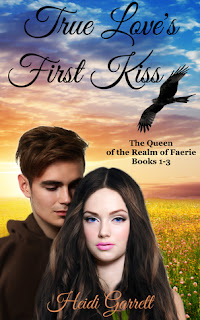 In the Enchanted World, true love’s first kiss is magic.

The Flower of Isbelline, Book 2: Nothing but true love’s first kiss can save Melia’s younger sister from blind ambition and ruin.

The Dragon Carnivale, Book 3: Melia must choose the freedom she cherishes or true love’s first kiss—and a relationship that promises to secure her place in the Whole.

The Queen of the Realm of Faerie is a fairy tale fantasy series that bridges the Mortal and Enchanted worlds. The main character, Melia, is an eighteen-year-old half-faerie, half-mortal. She lives in Illialei, a country in the Enchanted World, with her two sisters and their mother. Melia’s father has been exiled to the Mortal World, and her best friend is a pixie.

When the story opens in the first book, Melia is troubled by her dark moon visions, gossip she overhears about her parents at the local market, and the trauma of living among full-blooded faeries with wings—she doesn’t have any.

As the series unfolds, the historic and mystical forces that shape Melia’s life are revealed. Each step of her journey—to find the place where she belongs—alters her perceptions about herself, deepens her relationships with others, and enlarges her world view.

True Love’s First Kiss is a compilation of the first three books in this ongoing series. 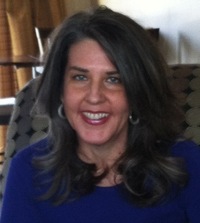 Heidi Garrett is the author of The Queen of the Realm of Faerie series. Her personal message to all her readers is:

Once upon a time, you lived in an enchanted world, too…

May you always see the magic in your life.

The Queen of the Realm of Faerie includes many strong female characters within an intricate fantasy land. It is also a fairy tale fantasy.

The first book, Nandana’s Mark, is one of those free ebooks; the second book, The Flower of Isbelline, is now available; and the third book, The Dragon Carnivale, will be released in June 2013.

Heidi's hope is that when you read her books, you will rediscover the enchantment in your own life.

She currently resides in Eastern Washington State with her husband and their two cats. So far, she loves the snow. Being from the South, she finds it very magical.

- Giveaway is international and will run from June 22nd (today) until July 6th (two weeks).
- Good-luck to all who enters!