Today on The Rest Is Still Unwritten I'm thrilled to be taking part in the Blog Tour for Myths of Mish by Katie Hamstead, the second novel in the Fairytale Galaxy Chronicles thanks to YA Bound Book Tours. 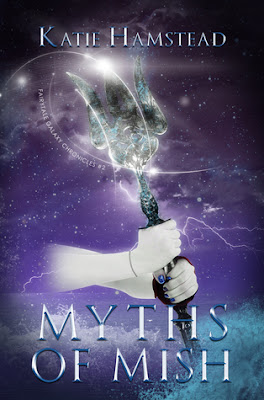 Having now read both books in the series, I was happy to share my review of Myths of Mish yesterday and an excerpt with you today.

Hansel and Gretel Herrscher survived the witch in the woods, but the experience has made Hansel paranoid for the past ten years. He sees dark magic at every turn. When Gretel has a marriage arranged to a much older man, and Hansel discovers he's about to be sent halfway across the galaxy, he knows something sinister is afoot.

Wilhelmine Nordon has plenty of experience with Hansel's quirkier side. So when she catches him and Gretel running away in the middle of the night, she follows to keep them from getting killed. The siblings have never left the capital of Mish on their own, so they need a babysitter. Except when she's discovered, Hansel gives her his usual cold shoulder, and Gretel secretly begs her to take them back.

The problem is, Hansel's paranoia turns out to be well founded, and they're all being hunted.


Add on Goodreads or check out my 4 star review!
Purchase:
Amazon 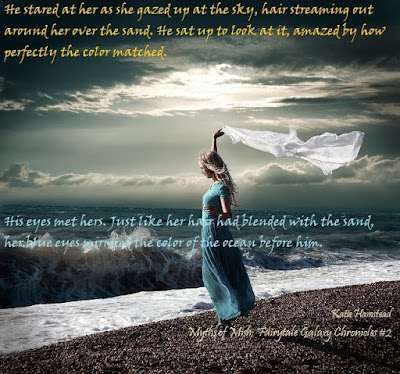 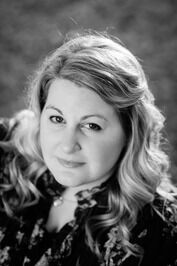 Born and raised in Australia, Katie's early years of day dreaming in the "bush", and having her father tell her wild bedtime stories, inspired her passion for writing. After graduating High School, she became a foreign exchange student where she met a young man who several years later she married. Now she lives in Arizona with her husband, daughter and their dog. She has a diploma in travel and tourism which helps inspire her writing.

When her debut novel, Kiya: Hope of the Pharaoh, climbed into bestselling status, she believed she was onto something, and now has a slew of novels now available, and is published through Curiosity Quills Press, Soul Mate Publishing, and REUTS Publishing. Katie loves to out sing her friends and family, play sports, and be a good wife and mother. She now works as an Acquisitions Editor to help support her family. She loves to write, and takes the few spare moments in her day to work on her novels.