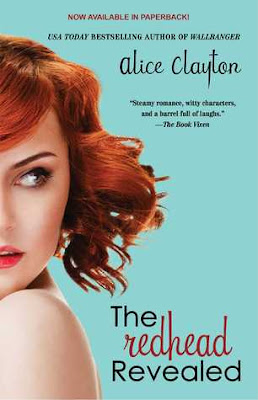 Life is sweet. Grace Sheridan has just won her dream role in a new off-Broadway play, and the talented hunk flooding her phone with scintillating texts and scandalous photos is Jack Hamilton, the twenty-four-year-old “it” Brit whose Hollywood career is about to climax faster than . . . you know. So what if their steamy relationship is bicoastal and under wraps, or that L.A. fangirls are grabbing Jack’s ass?

Absence does make the heart grow fonder and the libido hotter, but their few weekend visits feel more more like fast food than the five-course dinner they crave. And then—the creator of Grace’s new show is the man who broke her heart back in college, and he seems to have written the play just to make amends with his leading lady.

As rumors spread that Jack and his lovely, leggy ex-girlfriend have gotten back together, Grace starts to wonder about her own feelings. Can lust alone keep our favorite, feisty duo together, or will Grace find herself back in safer, more familiar arms?

The Redhead Revealed is the second book in Alice Clayton’s Redhead series and continues to follow aspiring actress Grace Sheridan in this sexy and funny sequel that sees Grace and her man face the next hurdle in their unexpected romance.

The Redhead Revealed picks up where the last book left off—Grace has just moved to New York to act in an off-Broadway show, while Jack is preparing for the launch of the movie that will kick off his Hollywood career and missing his redhead. Grace may be thrilled to be pursuing her dreams, but that doesn’t mean she isn’t deeply missing her Brit and wishing they were together. Grace and Jack are finally reaping the rewards of their acting dreams but as the distance between them begins to get harder and the stolen weekends together become less and less satisfying, will Grace’s fears and insecurities about their relationship cause them to find solace in the arms of other people? Or will they finally decide to fight for what they have, be damned what the media and Jack’s fans think?

It’s fantastic seeing them work through their issues while continuing to be so deeply in love with each other. Grace and Jack continue to connect so beautifully and I love the deep love and dedication Jack has for Grace. He absolutely adores her, and the comfortable way they interact and live with each other is very endearing. They’re so sweet. Their physical relationship is HOT, but they’re also so very sweet. Personally I think Grace is spunky and so much fun, and Jack Hamilton is just smoking. I mean the boy is a green eyed Brit with curls, a great body and who loves his girl. How can you not love that man?

Grace and Jack go through some tough times in this novel and overcome some obstacles. I’m a little bit aware about what the next novel has in store for them, so I’m expecting Alice Clayton to put them through the wringer once more and am hoping for a happy outcome for Grace, Jack and all the fabulous characters who make up their friends and family in this series!

Source: Sent for review by Simon & Schuster (Thank you guys!)
Format: Paperback
Buy it: Bookworld | The Nile | The Book Depository | Amazon
My Recommendation: Love NA? Don't miss this series.....
Cover: Fresh, colorful and simple--I like it.
Will I read sequel/continue with series: Yes!