I've got the Book Blitz for Artificial by Jadah McCoy on the blog today thanks to YA Bound Book Tours! Personally I think this book sounds quite good, so I'm happy to share teaser images and a tour wide giveaway with you guys. 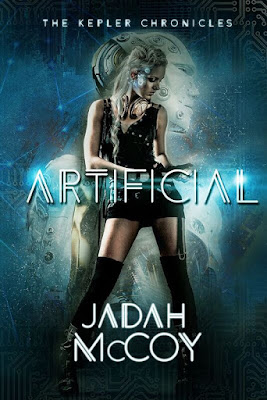 She struggles to feel human.

In 2256, the only remnants of civilization on Earth’s first colonized planet, Kepler, are the plant-covered buildings and the nocturnal, genetically spliced bug-people nesting within them: the Cull. During the day, Syl leaves her home in the sewers beneath Elite City to scavenge for food, but at night the Cull come looking for a meal of their own. Syl thought gene splicing died with the Android War a century ago. She thought the bugs could be exterminated, Elite city rebuilt, and the population replenished. She’s wrong.

Whoever engineered the Cull isn’t done playing God. Syl is abducted and tortured in horrific experiments which result in her own DNA being spliced, slowly turning her into one of the bugs. Now she must find a cure and stop the person responsible before every remaining man, woman, and child on Kepler is transformed into the abomination they fear.

He struggles not to.

For Bastion, being an android in the sex industry isn’t so bad. Clubbing beneath the streets of New Elite by day and seducing the rich by night isn’t an altogether undesirable occupation. But every day a new android cadaver appears in the slum gutters, and each caved in metal skull and heap of mangled wires whittles away at him.

Glitches—androids with empathy—are being murdered, their models discontinued and strung up as a warning. Show emotion, you die. Good thing Bastion can keep a secret, or he would be the next body lining the street.

He can almost live with hiding his emotions. That is, until a girl shows up in the slums—a human girl, who claims she was an experiment. And in New Elite, being a human is even worse than being a Glitch. Now Bastion must help the girl escape before he becomes victim to his too-human emotions, one way or another. 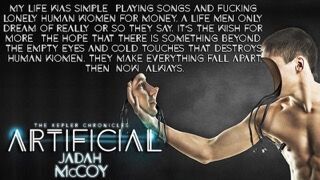 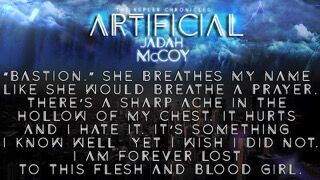 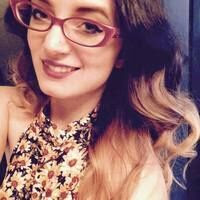 In Her Own Words: I currently live in Nashville and babysit attorneys for a living. My debut NA sci-fi, Artificial, is forthcoming from Curiosity Quills Press.