Welcome to the Book Blitz for Broken Fate by Jennifer Derrick. Hope you enjoy the excerpt and giveaway I have to share with you today thanks to Xpresso Book Tours. I have to say that boy does this novel sounds fabulous! 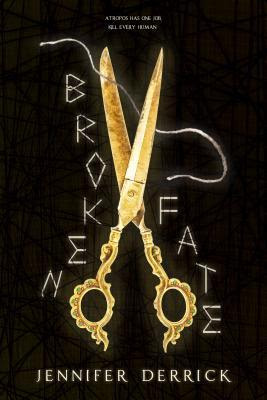 Zeus gave her one simple job: Kill every human. Atropos-daughter of Zeus and the third goddess of Fate from Greek mythology -spends her eternal life snipping human lifelines when their mortal lives are over. As if being a killer doesn't make life miserable enough, she and her Fate-wielding sisters must live amongst the humans on Earth thanks to a long-running feud between their mother and Zeus. Living on Earth means they must mingle with the mortals, attend the local high school, and attempt to fit in-or at least not stand out too much.

Killing and mingling don't mix, which is why Atropos' number-one rule is to avoid all relationships with the humans. Caring for the people she has to kill is a fast track to insanity. However, when Alex Morgan walks into her first-period English class, she knows she's in for trouble. He's the worst kind of human for her to like-one with a rapidly approaching expiration date. And he makes Atropos want to break all the rules.

“I’m only going to get sicker. Days like this, where we can do anything fun are going to be rare. If you spend time with me, you’re going to have to watch me go downhill. Hell, soon, I won’t even be able to go to the bathroom by myself. And then, I’m going to die. Which is fine for me, but you’ll be left behind. That’s a lot of crap to dump on a friend, much less a potential girlfriend.”

“I understand. Don’t think I didn’t think about all of that, too, because I did. But I’ve decided to deal with what comes when it comes. I can live on a day-to-day basis. I’m pretty strong,” I say.

“I can see that,” he says. “You’re not like the rest of the kids in school, are you? There’s something inside you that’s different. I just can’t figure out what it is.”

“Don’t look too hard,” I say. “You’re likely to end up disappointed.”

I turn away from the busy birds to face him. He reaches up, gently cupping my face in his hand. I start to pull back, startled, but then I close my eyes and lean into his hand. I can barely remember the last time anyone touched me with such tenderness.

“There’s not much love in your life, is there?” he asks, resting his forehead against mine. “You don’t know gentleness.”

Shaking my head, I keep my eyes closed. I am not going to cry in front of Alex, but he’s breaking down my carefully erected defenses, simply by seeing through them.

I feel him tilt his head, and his lips touch mine. I resist the urge to run. His lips are soft and tentative, as though he’s afraid I’m going to run away. Or smack him. When I do neither, he intensifies the kiss.

I reach up and place my free hand on the back of his neck, twining my fingers in the thick, soft hair at the base of his skull and pulling him closer. He moans softly against my mouth before pulling away. I’m simultaneously disappointed and relieved that he ended it. 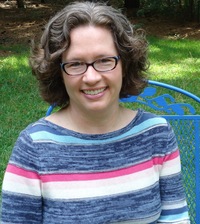 Jennifer is a freelance writer and novelist. As a freelancer, she writes everything from technical manuals to articles on personal finance and European-style board games. Her interest in storytelling began when she was six and her parents gave her a typewriter for Christmas and agreed to pay her $.01 per page for any stories she churned out. Such a loose payment system naturally led to a lot of story padding. Broken Fate, her first novel, earned her $2.80 from her parents.

Jennifer lives in North Carolina and, when not writing, can often be found reading, trawling the shelves at the library, playing board games, watching sports, camping, running marathons, and playing with her dog. You can visit her at her official website: www.JenniferDerrick.com