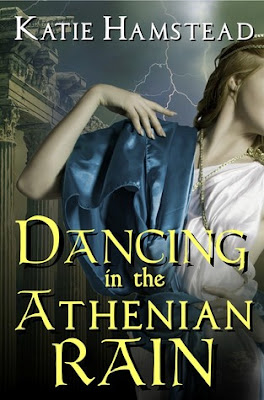 When Donna is sent back in time to Classical Athens, she’s furious at Dr. Stephens for sending her against her wishes. Then a Greek soldier purchases her to be his wife.

She’s forced to learn a new language and culture and faces her fears of never returning to her own time. The society hates her, especially because they think she’s an Amazon, which forces her to confront her issues—being compared to her genius brother, borderline abusive friends, and a cheating boyfriend.

But her husband, Peleus, is kind and patient. He counters all the negative voices from her past, but those voices drive a wedge between them. She must let go of her fears, her inhibitions, and insecurities, and admit her feelings, or she could lose him and the life they’ve built.

Peleus POV of the modern world:

Waking in a different time definitely left me confused and disorientated. The strange white walls, unnatural sounds…I thought maybe I had died.

But with Donna at my side, I realize I have a great adventure ahead of me! It’s like conquering without the bloodshed. In fact, war in this place that Donna calls her home doesn’t exist, at least not like I know it. There are no city walls to protect the citizens, they rely on invisible lines. I am not sure how well that works as a defense against one’s enemies.

I knew that Donna’s world would be vastly different to mine. How could it not be with two thousand years between us? But I could not comprehend how different. Everything I see and hear is surprising, and often overwhelming. Roads are paved with a strange black substance, and they have a moving box called an “elevator.” Donna explains that slaves aren’t used to make things function, but I can’t fully understand this electricity thing she keeps talking about. Whatever it is has replaced the need for slaves apparently.

I am lucky, though. As much as this world shocks and disturbs me, I have the perfect guide. Donna knows what it is like to be thrust out of her time into a strange place, so gently and patiently explains everything to me. My wife is a fine woman, and from what I’ve seen, I am not surprised this world gave her so much strength and fear all at once. 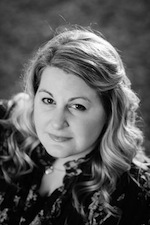 Born and raised in Australia, Katie’s early years of day dreaming in the “bush”, and having her father tell her wild bedtime stories, inspired her passion for writing.

After graduating High School, she became a foreign exchange student where she met a young man who several years later she married. Now she lives in Arizona with her husband, daughter and their dog.

She has a diploma in travel and tourism which helps inspire her writing.
When her debut novel, Kiya: Hope of the Pharaoh, climbed into bestselling status, she believed she was onto something, and now has a slew of novels now available, and is published through Curiosity Quills Press, Soul Mate Publishing, and REUTS Publishing.

Katie loves to out sing her friends and family, play sports, and be a good wife and mother. She now works as an Acquisitions Editor to help support her family. She loves to write, and takes the few spare moments in her day to work on her novels.