Right now there a number of FREE ebooks available from Amazon US and UK for your kindle and today I thought I'd share with you some of the ones I've found. There's nothing I love more than a freebie--who doesn't?
Check some of these out! 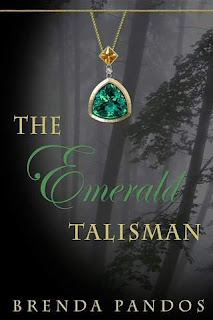 The Emerald Talisman by Brenda Pandos....
Get it here!

To be normal, sixteen-year-old Julia Parker would shed her empathic gift in a second. Life has been difficult since her mother's mysterious disappearance ten years earlier - an event she witnessed, but can't remember. Julia's situation becomes more complicated after a near death experience from a blood thirsty stalker. As high school students go missing it is clear there is a connection to her own experience--past and present. Someone has to stop the madness and a chance encounter with a creepy psychic foretells that only Julia is the key to stopping the madness, but it may require the life of the one she loves. 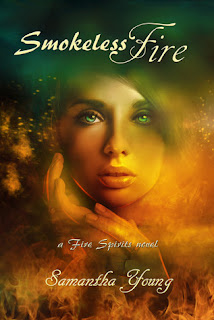 Smokeless Fire by Samantha Young.....
Get it here!

For the last two years Ari’s life has been anything but normal and on her 18th birthday, when her friends surprise her with a gimmick genie claiming to grant wishes, Ari discovers the truth. The tragic and strange occurrences surrounding her 16th birthday were not coincidental and her life is never going to be the same again.

They are Smokeless Fire. 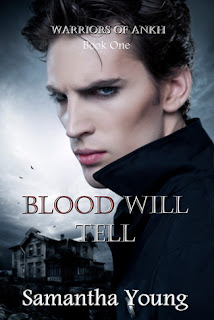 Blood Will Tell by Samantha Young.....
Get it here!

Eden is a Soul Eater. While that hasn’t meant much to her in the past, she’s pretty sure any minute now she’s going to go all "Carrie" on her eleventh grade class.

Noah is an Ankh. As an immortal Warrior, his purpose in life is to hunt down and kill Soul Eaters.

Eden is Noah’s next assignment. Problem is… this is an assignment with a difference. Eden’s not your average, run of the mill, Soul Eater. Noah’s job? To test Eden for possible redemption.

It would be kind of hard for Eden to listen to the angel on her shoulder when the devil on the other is telling her, her new best friend is a lying, scheming, immortal enemy...

So is Eden when you get on her bad side. 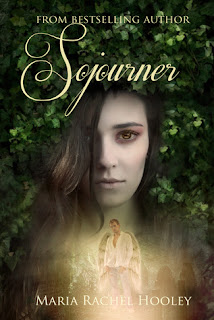 Sojourner by Maria Rachel Hooley......
Get it here!

Seventeen-year-old Elizabeth Moon has been dreaming of her murder her entire life, and in those dreams, a dark presence is there, watching. When she returns home to Hauser's Landing, the very place her father disappeared, she comes in contact with a gorgeous boy named Lev Walker, and it's not long before she's falling in love. But there's something wrong with Lev. When she realizes he's the eerie watcher in her dreams, she'll have to discover the truth. Is he a guardian angel or a sojourner, an angel of death who has come to collect her soul? 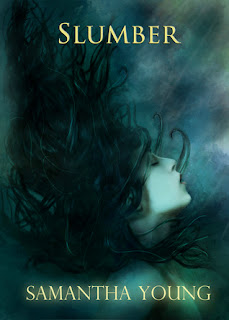 Slumber by Samantha Young....
Get it here!

A sleeping beauty may be the damsel in distress, but her White Knight? Why her rather un-knightish best friend of course. And the White Knight’s White Knight? Well… none other than her reluctant mortal enemy…

When Haydyn falls victim to the mysterious Sleeping Disease, the world of Phaedra is thrown into Chaos.

Rogan, Haydyn’s best friend and handmaiden, is the only one who can save her. Together, with the Royal Guard and their young Captain, Wolfe Stovia, Rogan must set off across the provinces to find the Somna Plant that will wake Haydyn from her dying sleep. 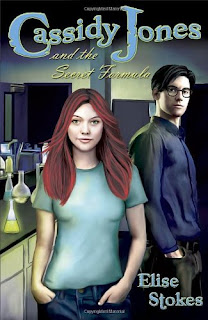 Cassidy Jones and the Secret Formula by Elise Stokes......
Get it here!

Fourteen-year-old Cassidy Jones wakes up the morning after a minor accident in the laboratory of a world-renowned geneticist to discover that her body has undergone some bizarre physical changes. Her senses, strength, and speed have been radically enhanced.

After exploring her newfound abilities, Cassidy learns that the geneticist, Professor Serena Phillips, is missing and that foul play is suspected. Terrified that her physical changes and Professor Phillips' disappearance are somehow connected, Cassidy decides to keep her strange transformation a secret. That is, until she meets the professor's brilliant and mysterious fifteen-year-old son, Emery. An unlikely duo, they set out to find Emery's mother, who is key in explaining Cassidy's newly acquired superpowers.

Their lives are put at risk when they find themselves embroiled in a dangerous, action-packed adventure. Soon they are forced to confront a maniacal villain willing to do anything - including murder — to reach his own ambitious goals.


What do you think?

Are you going to get any of these?
Personally, I downloaded them all, but The Emerald Talisman and Smokeless Fire caught my attention the most though. They all sound interesting!
Happy reading!