To celebrate the Australian release of Melissa Marr's Faery Tales & Nightmares on the 1st of February, I have 5 copies to give away on behalf of HarperCollins Australia who has kindly offered up 5 copies to 5 very lucky Australian residents! Are they awesome or what?!? 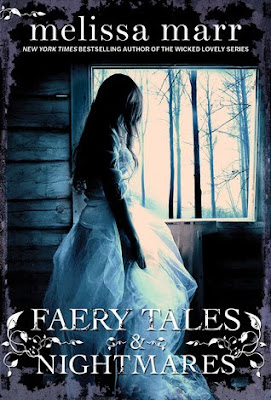 Uncanny and unexpected creatures appear from behind bushes, rise from under the seas, or manifest from seasonal storms to pursue the objects of their attention – with amorous or sinister intent – relentlessly.

From the gentle tones of a storyteller’s cadences to the terror of a blood sacrifice, tales of favourite characters from Marr’s Wicked Lovely novels mix with accounts of new characters for readers to fall in love with . . . or to fear.

Lush, seductive, and chilling, Marr’s stories revel in the unseen magic that infuses the world as we know it.

Giveaway Details:
-To enter, simply fill out the form below!
-Giveaway is open to Australian residents ONLY.
-Giveaway will run from 23rd of January (today) until the 6th of February.
-Winners will be contacted by me and will have 48 hours to confirm their email addresses and provide their details before a new winner is chosen.
-Prizes won will be sent directly from HarperCollins Australia and The Rest Is Still Unwritten takes no responsibility for lost or damaged items . Please see my contest policy for full details.

Fill Out The Form To Enter!

I'd like to say a big thank-you to Lara and HarperCollins Australia for offering up these wonderful prizes and wish you all the best of luck!