Today I have author Annie Oldham guest posting as part of the Blog Tour for her latest novel Possession! Talking about her heroine, Oldham's post is definitely worth a read! Plus, I have a great giveaway to share with you all :) 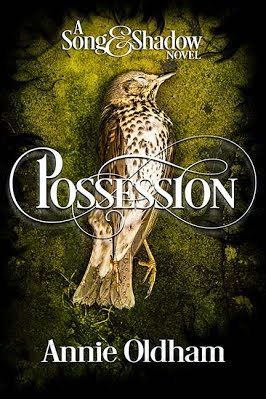 Constance Jerome wants nothing more than to make it through her senior year of high school without being noticed. But when her mother drops the world's biggest bombshell, flying under the radar just isn't in the cards. It turns out Constance is a necromancer—one of the few who can travel the realms of the dead.

Apparently it runs in the family. And now there's a threat coming: another necromancer with plans to disturb the living and the dead, and Constance and her mother are the only ones who can stop him. If only they knew who he was. Or what exactly he was up to. A quiet senior year isn't an option, and Constance must race to stop a high school apocalypse before the balance between the living and the dead is overturned.

I've read books where the heroine is female in anatomy only—she acts like a man, talks like a man, and a lot of the time thinks like a man. What? Having this approach to the strong female lead is a disservice to women. Why can't a woman be strong and successful and still be a woman?

I've tried to find that balance in all of my other books. In The Burn trilogy, my main character Terra faced hard choices and saved the people she loved, but not at the expense of forgetting what was best about her—she had the ability to nurture, to sacrifice, and to love completely. She wasn't pigeon-holed into being strong and nothing else.

In Possession, Constance is less sure of herself than Terra in The Burn. Constance is on uncertain social footing, she only has one good friend, but she'd like to become more than that. She has an amazing role model of a mother (she's strong but still motherly), and a dad who is trying his best to be supportive. I wanted to create a family unit that was functional but still had problems. The family is where girls and young women should learn to be women, and I wanted that fundamental structure in my book.

I'm excited as I continue with Constance on her journey in the next book in the series to see how she develops into a woman. And I'll help her stay true to the real strong female lead—one that is still a woman, no matter how rough the conflict gets. 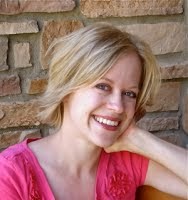 Away from her writing, Annie is the mother of the most adorable girls in the world, has the best husband in the world, and lives in the hottest place in the world (not really, but Phoenix sure feels like it). She loves to cook, sing, and play the piano.