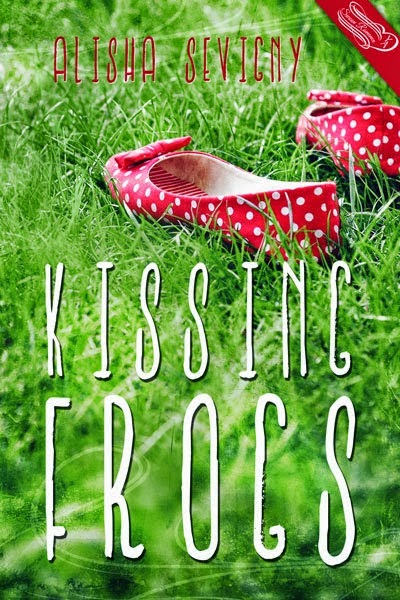 Set in the lush and tropical El Valle de Anton, this modern fairytale re-imagining of “The Frog Prince” is toe-curling contemporary romance with an environmentalist heartbeat, in the tradition of Stephanie Perkin

Kissing Frogs by Alisha Sevigny is an incredibly fun and adorable debut novel that is perfect for fans of Stephanie Perkins, Kelly Oram and Morgan Matson! Fresh, flirty and addictive from the beginning, Kissing Frogs is a great contemporary twist on the frog prince that will have you jumping for joy.

Following sixteen year old Jessica Scott, a pretty and popular teenage girl who finds her perfect plans for the summer turned upside down when the discovery that she is failing Biology sees her head to Panama with the science club to help protect some endangered frogs from extinction, Kissing Frogs is light and fun from it’s opening chapter. As a series of unexpected events lead Jess to question just what she wants for her future, this former nerd turned party princess see the inclusion of the boy who used to tease her constantly as a girl change a lot more than her attitude as Jess discovers she’s more than a pretty face….

Honestly, Kissing Frogs was just a really fun, enjoyable book to read. The storyline is fairly basic, and nothing too overly dramatic happens, but author Alisha Sevigny does a great job of keeping her reader entertained with plenty of sweet moments, blossoming friendships and budding romances.

Main character Jess was great to follow with her down to earth, likable nature and willingness to change. Jess had been caught up in being popular after reinventing herself and as her trip to Panama opens her eyes, she begins to see what is really important. I liked Jess and I liked seeing her make new friends and learn a lot.

Travis was sweet as a love interest for Jess, but she had another fighters for her attention in the form Enrique, the sexy Panamanian and briefly Miles, her boyfriend. Personally I thought Travis was the cute one, and it’s understandable that Jess finds her prince where she does.  Light and quite addictive, Kissing Frogs will entertain you from beginning to end and is a perfect summer read!

Source: Sent for review by YA Bound Book Tours and the author (Thank you ladies!)
Format: Kindle ebook
Buy it: Amazon
My Recommendation: A fun contemporary read!
Cover: Very cute and colorful
Will I read sequel/continue with series: This is a standalone but I wouldn't discount reading more by this author.