Legacy by Ellery A. Kane- Excerpt

Today I'm featuring Legacy by Ellery A. Kane on the blog! I have an excellent excerpt from Legacy for you to check out! 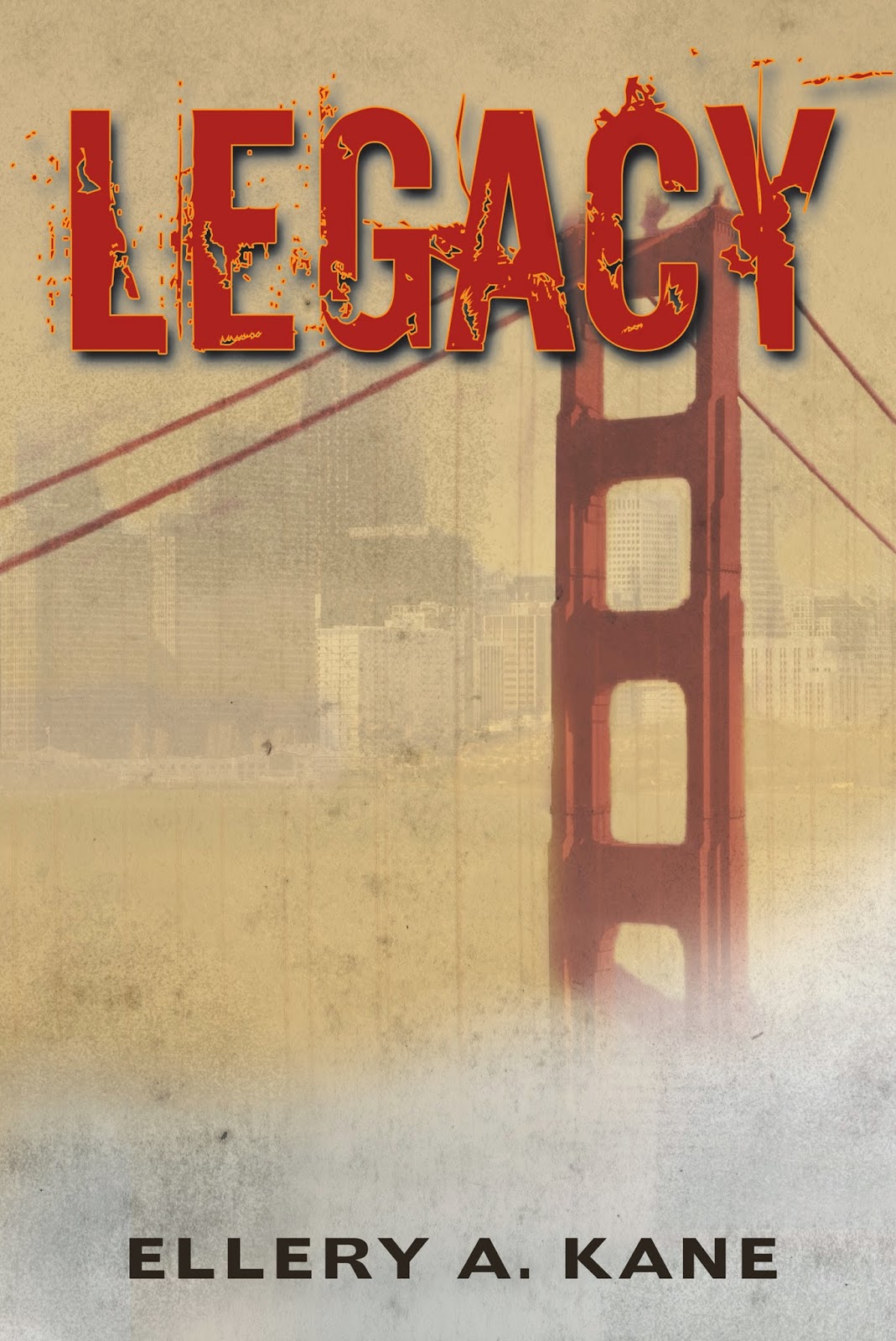 The first time I saw Quin, I was on the edge of sleep, thinking of my mother. She would read to me every night, then run her fingers through my hair until I fell asleep. That world, the world containing my mother, had died so long ago—was it really only twenty days?—that sometimes I believed it had happened to someone else, not me. When I thought of my old life, I imagined it far above me, like a child’s lost balloon. At first there was the hope of grabbing it, recovering it, bringing it safely back to the clutches of my hand. Then it was out of reach, and I could only watch it and wonder where it would go. Finally, the tiny dot of it disappeared, and I realized it was never mine to begin with.

I sat upright, nearly hitting my head on the desk—a graffitied table hidden in the library’s stacks—where I slept. At first, I thought it was a dream. How long had I been sleeping? A pinprick of light darted across the library floor. I held my breath.

In the twenty days, now twenty-one, that I had been in the library, a small brown bird fluttering near the doorway had been the only sign of life. I heard muffled footsteps and a click-click-click sound, like nails tapping on glass.

Cursing myself for getting too comfortable, I fumbled for the backpack my mother had given to me, rifling hurriedly through its contents—a few remaining cans of food and granola bars, a flashlight, a map of the city, a wad of money that had so far been useless, a change of clothing, and toothpaste—until I found it . . . the gun. When I slept, I usually kept it close to me, but tonight, of all nights, I had forgotten.

I positioned myself behind the metal stacks, concealing the gun close to my side. It was heavy and cold. My mother had taught me to use it, but firing a weapon seemed like something that someone else would do, some other version of me. Still, I told myself that I was prepared to. I had to be.

Ellery Kane is a forensic psychologist residing in the San Francisco Bay Area. She spends her days evaluating violent criminals and trauma victims. A voracious reader herself, some of her favorite books include Toni Morrison’s The Bluest Eye; Slyvia Path’s, The Bell Jar; and Veronica Roth’s Divergent Trilogy. Legacy is her first novel.