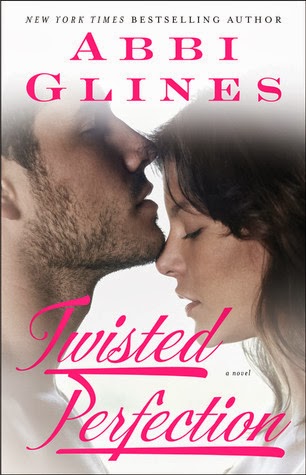 My future was about to be completely thrown off track because Della Sloane was under my skin, and I had to have her. I couldn’t ignore it anymore . . . I’d gotten close enough to her to see deeper.

Della Sloane is not your average girl. Yearning to break free of her dark and sheltered past and the memories of the illness that claimed her mother, Della plans a solo road trip to experience real life on her own terms. But the trip is nearly cut short in the little beach town of Rosemary when she realizes she can’t even pump her own gas—until Woods Kerrington shows up, more than willing to help out a pretty girl in need.

Woods’s family wants him to settle down with a wealthy woman in pearls, but he can’t resist this carefree girl in cutoffs passing through town. A one-night stand should have been enough, but months later, Woods can’t get the irresistible Della out of his head.

When a twist of fate brings Della back to Woods, all signs point to trouble if they don’t keep their distance. Neither is truly free, and a relationship could destroy both of them. With their hearts on the line, Della thinks the safest bet is to walk away. But Woods isn’t about to let that happen.....

Twisted Perfection is the sizzling Too Far spin off by Abbi Glines that finally tells the story of one of the series best loved side characters; Woods Kerrington. Fans will finally have the chance to dive into Woods head, and heart, as Glines details his sexy and steamy romance with a free spirited girl whose demons threaten to tear them apart!

Like so many others, I’ve been a Wood’s fan ever since the first Too Far novel, Fallen Too Far. As one of the minor, but no less intriguing characters, Woods won me over with his strength and honor and his determination to stand by Blaire. He may have lost her to Rush, but the opportunity to see him discover his own happiness in his story was one I was not going to pass up!

In Twisted Perfection, Abbi Glines introduces us to Della Sloane, a beautiful and kind-hearted young woman who suffers from a painful past and who is as fragile and traumatized as she is carefree and fun-loving. I have to say, Della Sloane is a very fractured individual. Showcasing a bunch of flashbacks to Della’s earlier life, Twisted Perfection details Della’s journey of meeting Woods and ultimately falling for him; twisting together their steamy romance with Della’s hidden past and issues. Abbi Glines weaves together a sizzling romance, with hard-hitting and deep issues as Wood's stands by Della as she struggles at times.

Let me just say this….I..….love….Woods…..Kerrington! Abbi Glines has penned my new favorite leading man of hers in the form of Woods. If I thought I loved him before, Twisted Perfection just made me fall all that more harder as Woods demonstrates the amazing guy he is in this book. It’s always been obvious that despite his lavish lifestyle, Woods in an honest, good guy but it isn’t until Twisted Perfection, told in dual POV, that we have the chance to see inside Woods head. I adore the fact that despite everything Woods is a fair, honest guy who doesn’t look down on anyone and does right by his friends and staff.

In Twisted Perfection as Woods falls for Della he becomes a bit possessive and protective, but in honesty I found this to be quite sexy. You can't over think things in this kinds of novels. Seeing Woods brought to his knees by Della and seeing how deeply he came to care for her was a beautiful thing. He accepted her despite her flaws, weaknesses and issues and loved her anyway. Della was someone who deserved love. She’s had some a traumatic life for someone still so young and as Glines shares their intimate moments, the sexual tension and sexual escapades of these two off the charts.

It’s impossible not to support Woods and Della. Sexual relationship aside, seeing Woods put someone before his family and his money and seeing Della let someone into her heart as fantastic to watch. The smoldering sex scenes gave way to kinder, sweeter moments to leave a perfect balance to their relationship.

Becoming immersed in this world is something unavoidable with Abbi Glines at the helm of the story. Twisted Perfection marks a fantastic beginning to Wood’s spin-off series and with the ending a bit of a cliffhanger that threatens to change Wood’s and Della’s circumstances, I’m very much looking forward to the next book!

Source: Sent for review by Simon & Schuster (Thank you Anabel!)
Format: Paperback
Buy it: Bookworld | The Nile | The Book Depository | Amazon
My Recommendation: If you love Abbi Glines make sure you don't miss this!
Cover: I think it's beautiful. Simple, steamy but beautiful
Will I read sequel/continue with series: Absolutely!