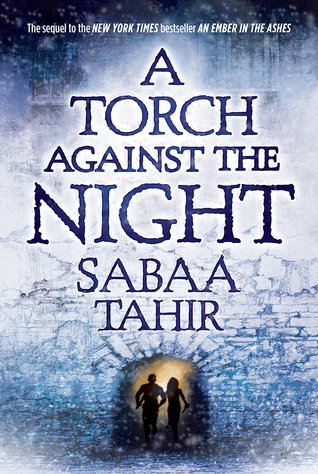 A Torch Against the Night by Sabaa Tahir
Releases on: August 30th 2016
Add on Goodreads!
A Torch Against the Night takes readers into the heart of the Empire as Laia and Elias fight their way north to liberate Laia’s brother from the horrors of Kauf Prison. Hunted by Empire soldiers, manipulated by the Commandant, and haunted by their pasts, Laia and Elias must outfox their enemies and confront the treacherousness of their own hearts.

In the city of Serra, Helene Aquilla finds herself bound to the will of the Empire’s twisted new leader, Marcus. When her loyalty is questioned, Helene finds herself taking on a mission to prove herself—a mission that might destroy her, instead.
Thoughts:
I absolutely adored the first book in this series An Ember in the Ashes last year. It quickly became an unexpected favourite and I am beyond excited to read this sequel. Sabaa Tahir did a fantastic job with the first novel and I'm really excited to see what happens to Laia, Elias and even Helene next!
What are you waiting on this week?