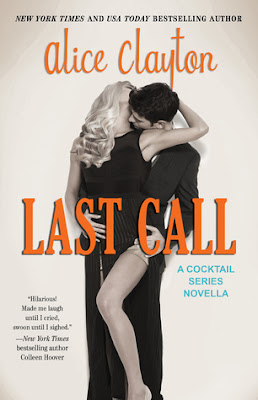 Simon and Caroline are back for another round of baking, banging, and big life changes. Settling in, but never settling down, Caroline has finally struck a balance between the professional and the personal. As one of the top interior designers in San Francisco, she travels all over Northern California between nook time with Simon.

Perpetual globetrotter Simon has cut his frequent flyer miles in half over the last year, preferring to balance his professional and personal life, as well.

The next step in their lives seems preordained—toasts, veils, and the aisle of rose petals. But when an accident on a photo shoot in Southeast Asia brings Caroline the most terrifying phone call she could ever imagine, she has to ask whether “till death do us part” is a more realistic prospect than faces most couples.

It’s been a grand adventure, and Caroline and Simon wouldn’t go out without the best surprise ending ever. One part sexy, one part laughter, a dash of exotic locales, and one pink nightie, mixed with passion, and you’ve got Last Call. Served with a side of Clive.

Last Call is the perfect ending to the Cocktail series by Alice Clayton and concludes Caroline and Simon's story as only Clayton can; with plenty of fun, sass and sensational entertainment as fans see their favorite couple take the plunge into the next stage of their lives together!

I've become such a fan of this series and admit I'm so sorry to see it come to an end, although Alice Clayton did not disappoint, with Last Call encompassing everything that makes this series so great! Each and every book managed to win me over just a little bit more; Simon & Caroline won me over in their first book and their second, and even Vivian and Clark managed to given them a run for their money as my favorite couple in the series. Last Call made me all giddy again over the perfection of their relationship.

Taking place after Mai Tai'd Up, Last Call kicks off with Mimi and Ryan tying the knot in an adorable wedding that is so very Mimi and Ryan. Sophia and Neil are engaged and expecting, a baby born half way through the novel in one of the cutest and funniest moments I've seen for a while and Caroline and Simon stronger than ever but debating the next step in their relationship. An accident during a photography shoot sees Simon injured and Caroline re-evaluating her stance on wedded bliss.....seeing Caroline and Simon diving into the inevitable sweet ceremony.

Perfectly written to reflect all the sass, humor and intelligence that encompasses the modern woman, Last Call is a swoon inducing, smile producing read filled with sensuality, playfulness and witty dialogue. Alice Clayton is a genius and I'll definitely read whatever she releases next!

Source: Sent for review by Simon & Schuster (Thanks Jen!)
Format: Paperback
Buy it: Bookworld | The Nile | The Book Depository | Amazon
My Recommendation: This is a brilliant NA/Adult series and soooo worth a read.
Cover: Another sexy-as cover
Will I read sequel/continue with series: This is the final book, but I'd never pass up the opportunity to visit with Caroline, Simon and their friends again if the chance ever arose!