The Book Blitz for The Truth Spell by Anita Oh is on the blog today thanks to YA Bound Book Tours! Personally, I think the book sounds really good and hope to read it myself. Hope you enjoy the excerpt and giveaway I have to share today! 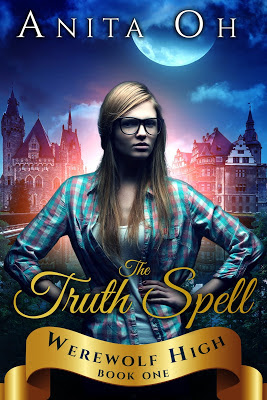 As soon as I stepped onto the grounds of Amaris High, I knew I'd made a big mistake. I could never fit in at such a snobbish school – I was more IT girl than "it girl". But then I saw him.

Sam Spencer. My childhood best friend. But it couldn't be. Sam Spencer had died three years ago, on the night that changed everything. I need to know what happened, why he's suddenly not dead and is hanging out with a bunch of rich kids.

When the school is hit by a truth spell, it seems like the perfect chance to find out what Sam and his creepy new friends are hiding, but the weirder things get, the less I'm sure I want to know. Even for Sam, even for the free food, Amaris High might be more trouble than it's worth.

The water danced in the fountain, and between beams of refracted light, they appeared.

There were four of them.  Even in silhouette they were impressive – the girl with long, straight hair and just the right amount of curves; the boys tall and broad-shouldered.  They emitted charisma like a beacon, confident and untouchable.  One of the boys turned to another and his eyes flashed in the sunlight.

He had an ethereal type of beauty, but there was an edge to it, a wildness.  Rather than moonlight, he seemed formed from a supernova, from the chaos of total destruction, and I could well believe that if you got too close to him, you’d be pulled in, you’d collapse on yourself.

As he turned, I caught a glimpse of the boy standing behind him.

But it couldn’t be.

It looked like him, with his floppy brown hair and puppy dog eyes, and smile so bright it could melt icecaps.  But it couldn’t be.  It couldn’t be Sam Spencer, because he had died three years ago, on the night that had changed everything.

But then, why was he standing right in front of me?

Want more? (I do!) Be sure to grab your copy today! 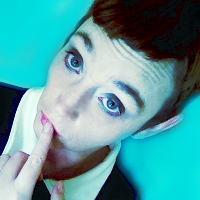 After several years in the warm, comforting cocoon of fandom, Anita has decided to see what's up with this real world she's heard about. Judgment is reserved until more information can be gathered.

Anita likes dogs, naps, food, and Japanese idol group Arashi. Everything else can be improved when combined with these four things.

Anita lives with a grumpy beagle who bosses her around terribly, and won't even snuggle.