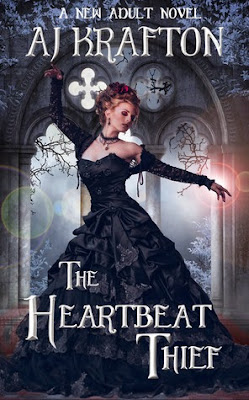 Haunted by a crushing fear of death, a young Victorian woman discovers the secret of eternal youth—she must surrender her life to attain it, and steal heartbeats to keep it.

In 1860 Surrey, a young woman has only one occupation: to marry. Senza Fyne is beautiful, intelligent, and lacks neither wealth nor connections. Finding a husband shouldn’t be difficult, not when she has her entire life before her.
But it’s not life that preoccupies her thoughts. It’s death—and that shadowy spectre haunts her every step.

So does Mr. Knell. Heart-thumpingly attractive, obviously eligible—he’d be her perfect match if only he wasn’t so macabre. All his talk about death, all that teasing about knowing how to avoid it…

When her mother arranges a courtship with another man, Senza is desperate for escape from a dull prescripted destiny. Impulsively, she takes Knell up on his offer. He casts a spell that frees her from the cruelty of time and the threat of death—but at a steep price. In order to maintain eternal youth, she must feed on the heartbeats of others.

It’s a little bit Jane Austen, a little bit Edgar Allen Poe, and a whole lot of stealing heartbeats in order to stay young and beautiful forever. From the posh London season to the back alleys of Whitechapel, across the Channel, across the Pond, across the seas of Time…

How far will Senza Fyne go to avoid Death?

Add on Goodreads or purchase on Amazon

Things were really different way back in the when.

The language, the dress, the entertainment—life for the average Victorian was drastically different than life as we know it in 2015.

Take the ball gown, for instance—call to mind the hourglass waist and the puffy poof of the voluminous skirts. What you see is elegance of the enhanced feminine form.

But there’s something you don’t see.

What you don’t see is the structure beneath the dress—the corsets and hoops and cages that cinch the waist, elevate the bosom, and expand the skirts. One may look at a begowned debutante and remark upon her beauty, but what ensures she looks remarkable is actually the unseen structure beneath.

Like a young woman’s clothing, other aspects of Victorian life were also structured—in fact, structure was the prime element.

The Victorian family unit was highly structured: the father was the figurehead, the mother ran the household, and children “knew their place”, usually out of sight of the parents, off in the nursery in the care of their nannies.

Social obligations and interactions followed strict protocol, from the permissible types of personal touch to the familiarity of the words spoken right down to the directness of a glance. Crime was abhorrent because it went against every social norm imaginable.

The structure of the moral code was the most rigid of all. Modesty was demanded. Sexuality was repressed. People referred to arms and legs as limbs and extremities—because saying the word arm or leg referred to the flesh and was therefore considered provocative.

Every word, every action was governed by a sense of propriety. Delicate topics were never openly discussed, and even expression of one’s sincerest feelings required the use of metaphors so that direct language could be avoided. Hence, the development of the language of flowers to express emotions.

Queen Victoria and Prince Albert set forth this heightened sense of morality; they were sensitive to the often-lacking moral values of previous monarchs, and Albert himself had been a child of divorced (and scandalous) parents. The royal family provided the example that would come to structure and define their era, and the country followed dutifully behind.

High morality and low vulgarity was sharply delineated by the gap between the upper and lower classes. Upper society followed tea party protocols and covered nearly every inch of visible skin and wouldn’t dream of speaking one’s mind, whereas crime, prostitution, and child labor ran rampant in the poorer districts.

From where I stand in the present, I wonder if there wasn’t a lot more middle ground than those two extreme classes dictated. After all, even the stern, conservative Queen Victoria had a certain fondness for the nude male form, and enjoyed sketching and viewing it in art form. (Saucy lady :D)
Likewise, respectability mattered to just about everyone, whether they were high born or working class. A reputation was a precarious position, something that could be ruined by as much as an unintended action or a penchant for speaking out, or for saying unconventional things. Women, mainly, were the victims of such branding. 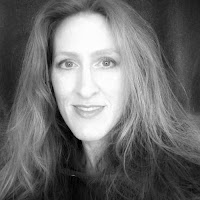 AJ Krafton is the author of New Adult speculative fiction. Her debut The Heartbeat Thief is due out on Kindle in June 2015. Forthcoming titles include Taking' It Back & Face of the Enemy. She's a proud member of the Infinite Ink Authors. AJ also writes adult spec fic as Ash Krafton.

ENTER TO WIN AN ECOPY: Thanks to author A.J. Krafton and Xpresso Book Tours I have an ecopy of The Heartbeat Thief to give away to ONE (1) lucky follower. To enter simply comment with what format you'd like, making sure you leave an email address to contact you. Giveaway will run from today and end on June 28th with the winner contacted via email and announced on this post afterward.