As a serious Backstage Pass series, I'm super duper excited to be taking part in the Blog Tour for Daisy and the Front Man by Rebekah L. Purdy thanks to YA Bound Book Tours. Yesterday I posted my review for Daisy and the Front Man and I'm happy to say I loved it as much as the previous two books in the series. Below you'll find a guest post from Rebekah L. Purdy detailing how this stunning boy band came to be, as well as a tour wide giveaway to enter. Enjoy! 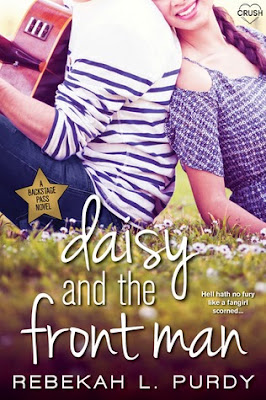 When Daisy Morris finds out she’s spending the summer with her dad, bodyguard for Seconds to Juliet—the hottest boy band around—she knows it couldn't be more perfect. But not because she’s a fan. Oh, no. Because ever since front man Trevin Jacobs completely humiliated her by standing her up for homecoming, Daisy is out for a little revenge. Yup, Trevin Jacobs is goin' down...

When one of his bandmates bets Trevin he can't make Daisy—the gorgeous but surprisingly ice-cold daughter of their bodyguard—fall in love with him, it’s a bet he can’t resist. Sure, Daisy won’t give him the time of day for reasons he can't understand, and her dad’s hell-bent against his little girl spending time with a superstar. But the terms are set, and Trevin is determined to make Daisy fall…hard.

How to Prepare to Write a Book About Boy Bands

Okay, so this whole book series started out as an idea on twitter. Basically throw in a few authors talking about their love for boy bands on the net and BOOM, a book series proposal is born. But before we could start writing our books, we had to discuss, how many guys we wanted in the band and who wanted to write what guy/girl combo.

And once we had a general idea of what kinds of storylines/tropes we each wanted to write, we had to pitch it to an editor. Which, lucky for us Stacy Abrams at Entangled Publishing loved our idea to take 5 authors and each write about a guy in this super famous (made up) boy band.

To prepare ourselves to write this series, we created a google group/google docs page where we had to update information on where we wanted our to urs to be (dates/venues etc). But this was a place to also list our characters and their information ( descriptions/likes-dislikes/friends/what part of the tour we wanted to write/names of fake songs/also backstories for some of our people).

We also had to depend on pictures of insides of tour buses, photos of famous people who reminded us of our characters to post and give ever yone kind of a visual of how we saw our guys/girls. We shared playlists and numerous emails back and fo rth asking one another stuff like “Hey would your guy do something like this?” And sometimes we wouldn’t all agree on one thing, like our band name (LOL). We were glad to have some help naming our band from readers and our editor.

But for me, I started to watch a lot of boy band videos—as in the behind the scenes type stuff. Like what certain bands did while out on tour, back stage stuff (and yes I bought some 1D DVDs and also brought out some of my old New Kids on the Block VH S tapes I still had). I took lots of notes and I re ad online columns and such regarding tours etc. I tuned into TV shows/specials that had to do with boy bands. I wanted to know everything there was to kno w about how the different groups ticked and what some of their downfalls were. I wanted to make things realistic, even though this book is about a fictional band.

One of the most fun parts of writing this series wi th other authors was the emails back and forth, with hot guy pics and links to boy band music videos. And since my character, Trevin, who is Korean American is kind of based off some of the KP OP bands I discovered through my niece and daughter, it was awesome sharing some of those videos with the others. If I got the chance to work with these ladies again, I’d jump on it.

The only sad thing about this series is that this band doesn’t exist in real life (LOL). I LOVE Seconds to Juliet and all our fabulous guys we created: Miles, Ryder, Trevin, Will, and Nathan.

**As someone who has read all the books in this series so far and who can't wait for the rest of them, I can honestly say I LOVE the Seconds to Juliet guys and the way these talented authors have put together their band! Just brilliant!** 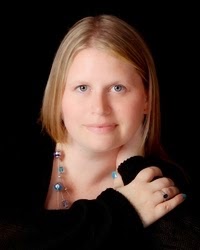 Rebekah Purdy grew up in Michigan, where she spent many late nights armed with a good book and a flashlight. When not hiding at her computer and getting lost in her stories, she enjoys reading, singing, soccer, swimming, football, camping, playing video games and hanging out with her kids. She loves the unexplainable like Bigfoot, the Dogman, and the Loch Ness Monster (lots of good story material)! She admits to still having all the books she bought throughout her childhood and teen years, and she may or may not have an obsession with anything chocolate…