Welcome to the Book Blitz for Ink: A Mermaid Romance by Melanie Karsak thanks to Xpresso Book Tours! Please feel free to check out this awesome excerpt and tour wide giveaway I have to share with you today :) 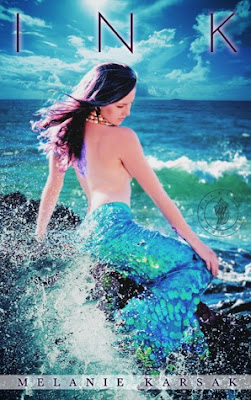 A mermaid princess destined to wed a handsome king…

It sounds like a fairy tale, but the reality is far murkier.

Ink, Princess of the Florida Atlantic mers, is slated to wed the ancient enemy of her tribe, the King of the Gulfs. After years of war that led to countless mer deaths, as well as the genocide of aquatic shapeshifters and the freshwater mers of Florida, Ink’s marriage will bring lasting peace.

Or so it seems.

Mere hours before she’s supposed to leave the ocean for her customary year as a drywalker, Ink meets Hal, an alligator shifter who warns her that a storm is brewing. There is malicious intent behind Ink’s marriage—and worse, meeting Hal has also caused a storm to rage in Ink’s heart. Nevertheless, loyal to her tribe, Ink will put aside her feelings and journey to Miami to marry the decadent King Manx.

Ink soon learns that her only hope of surviving the crashing force swelling around her is to tap into a power deep inside—a forbidden power that might destroy them all. 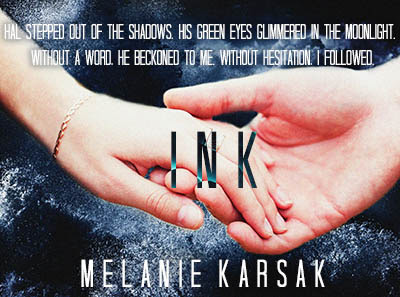 I gritted my teeth and turned back, staring at those gathered on the small island. Steeling my nerve, I swam forward. My tail dragged along the sandy ocean bottom. I curled it, resting it on the sand, then closed my eyes. I had seen the transformation many times, had come to bear witness as the others left the tribe for their year in exile. I always pitied them.

The first crash of agonizing pain washed over me. I felt as if I had been stung by an entire bloom of jellyfish. Pain swallowed me. It was like I’d been sliced from my flipper to my waist. I betrayed myself by gasping out loud.

My body arched as another shooting wave of pain bolted upward. My body shook as jolt after jolt racked me. After the sharp pains subsided, I felt a warm tingling sensation. I opened my eyes. Blue and gold light spiraled around the lower half of my body. I stared down at the water in amazement, watching as my tail slowly transformed into legs.

The glowing light then traveled up my body. It centered on the tribal mark on my back. The mark began to feel very hot. Suddenly, pain seared across my back. I felt like I’d been scraped along a coral reef. A drywalker’s tribal mark forms into its final pattern when we make our first transformation. The mark on my back, strange and large, always puzzled me. Now I learned it was renowned enough to earn me a prophecy. I hardly knew what to think of that. Had Creon known? Would he believe something like that or did he just find a way to use it to his advantage? The answer, it seemed, was obvious. At the end of the pathway, King Manx waited for me.

The glowing light pulsated brightly once more, surrounding my body in an orb of light, then dissipated into the night’s sky. Moments later, I felt a strange sensation as cool water swished between my legs, touching my body in its most sensitive female parts which, without the protective covering of my tail scales, were exposed. It took me a moment to steady myself in the rocking waves. My hand drifted underwater to my sides. I gently stroked my hands over my body, feeling the bastardization of myself as a mer. Now, I was just like the humans. I stood on two feet, feeling the sand between my toes. Fighting the waves on wobbling knees, I made my way toward the beach.

Want more? Get your copy of Ink: A Mermaid Romance today!

Melanie Karsak is the author of the Amazon best-selling steampunk series The Airship Racing Chronicles (Chasing the Star Garden and Chasing the  Green Fairy) and the award-wining horror/dark fantasy Harvesting Series. She grew up in rural northwestern Pennsylvania and earned a Master’s degree in English from Gannon University. A steampunk connoisseur, white elephant collector, and zombie whisperer, the author currently lives in Florida with her husband and two children. She is an Instructor of English at Eastern Florida State College. 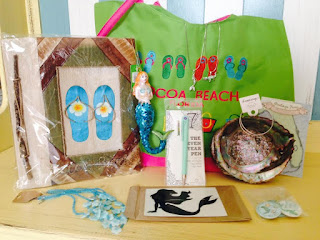