Welcome to the Book Blitz for The Undead: Playing for Keeps by Elsie Elmore thanks to Xpresso Book Tours! Personally, I really think this book sounds great so I'm happy to be sharing a brilliant excerpt and giveaway with you today. 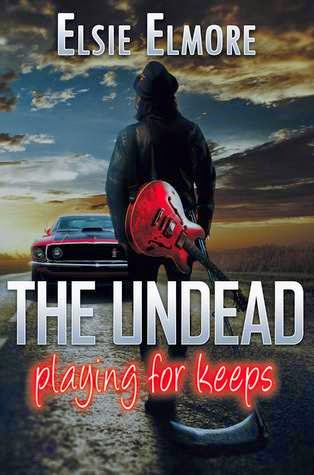 When an undead woman with serious de-comp issues stalks sixteen-year-old Lyla Grimm, her hope of rescuing her rock-bottom reputation takes a back seat. Especially once Lyla’s new talent of resurrecting the dead draws the attention of Eric, a Grim Reaper with a guitar and a chip on his shoulder.

While Lyla navigates the gossip-ridden halls, Eric works to gain her trust and discover why Death’s clients aren’t staying down. If she passes on her gift, his death-messenger destiny might be altered. But the closer he gets to Lyla, the less sure he is of his plan. The dead are way easier to deal with than the living. 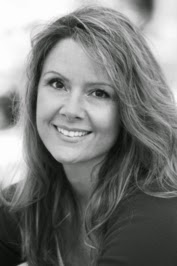 What led you to write YA paranormal and corpses becoming reanimated?
Explaining my warped creative process is challenging because the stories I tend to create all begin with “What if?” That simple question can take me down a rabbit hole of possibilities and I never worry about whether an idea is plausible. In my mind, the boundary for reality is permeable.
The Undead started as a “what if” after a personal experience. The story then began to unfold in my mind, but it never ventured near The Walking Dead, which is a series I was addicted to once. I wanted the return to be less problematic and gory than the zombies in the apocalyptic stories.

Are the characters in The Undead based on real people?
Every character I create comes from bits and pieces of people that I’ve encountered, but no one person translates into a full character in one of my stories. At least not yet.

Is The Undead a series?
I wrote The Undead as a stand alone, although the door was left slightly ajar at the end. While Lyla, Eric and Ben’s tale could go on, it will be up to the reader to determine what happens next.

What’s your favorite genre to read?
I like so many different types of fiction. I have specific favorite books and favorite authors that span romance, action, drama, suspense, and memoir (and for adult, NA, and YA audiences).

Elsie Elmore lives in North Carolina with her husband and two kids.
She loves the color red, has an appreciation for chocolate and coffee that borders on obsession, writes stories that challenge the laws of nature, and wishes fall temperatures would linger year round.

Elsie is a member of several writing organizations: RWA, SCBWI, and WSW. The Undead : Playing for Keeps is her debut novel.

Thanks to Xpresso Book Tours and Elsie Elmore a giveaway for one (1) ebook copy of The Undead: Playing for Keeps. Open internationally. To enter simply comment with a way to contact you and which format you would like. Giveaway ends 23rd of September!