Today I'm THRILLED to be participating in the cover reveal for A Little Faith by Emma James! Soon to be released on October 9th, A Little Faith is the debut novel from Aussie blogger Michelle from Novels on the Run written under the pen name of Emma James! Below I have an awesome excerpt to share as well as the cover reveal giveaway for 5 mobi copies of the book, but first lets look at that awesome cover..... 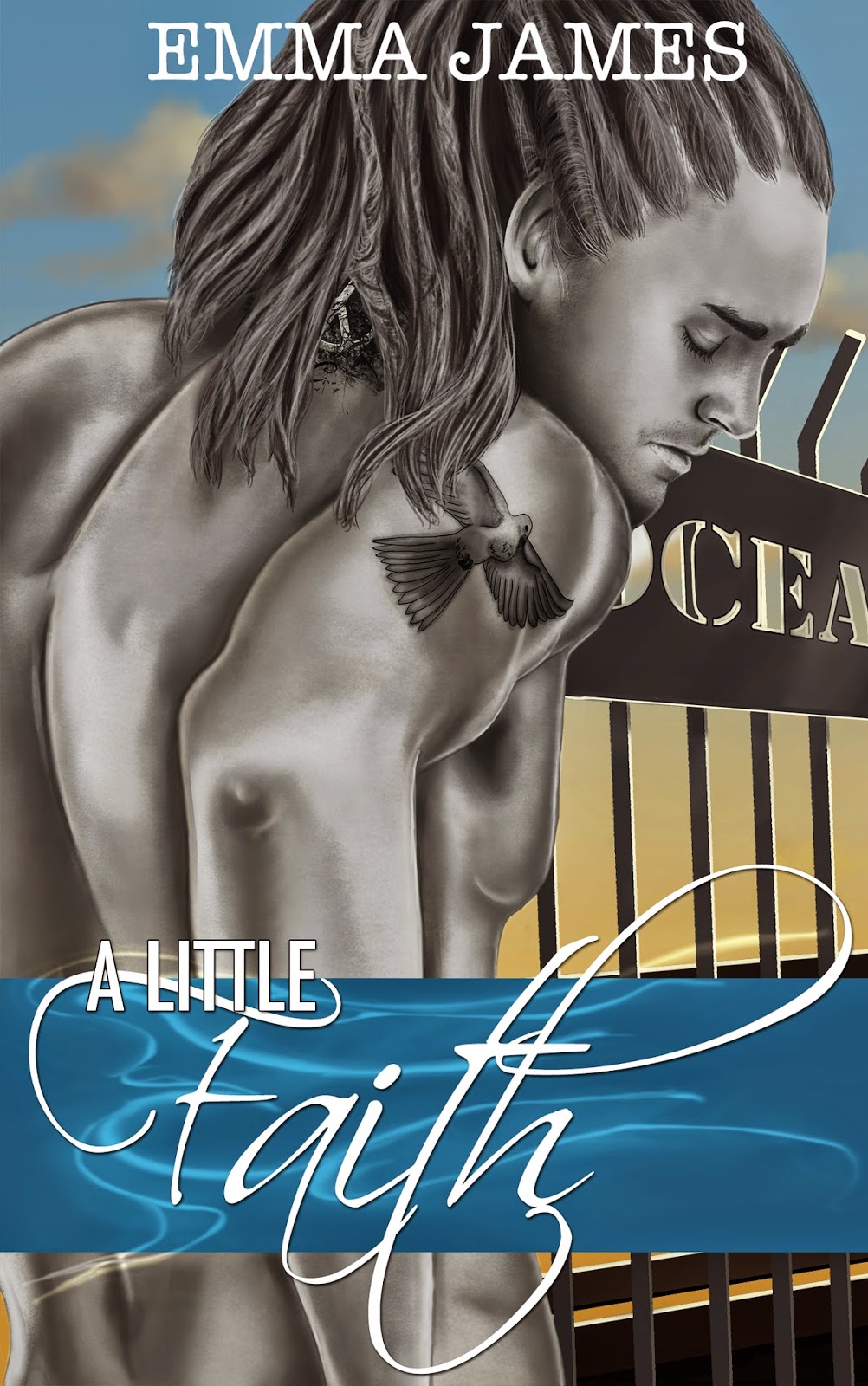 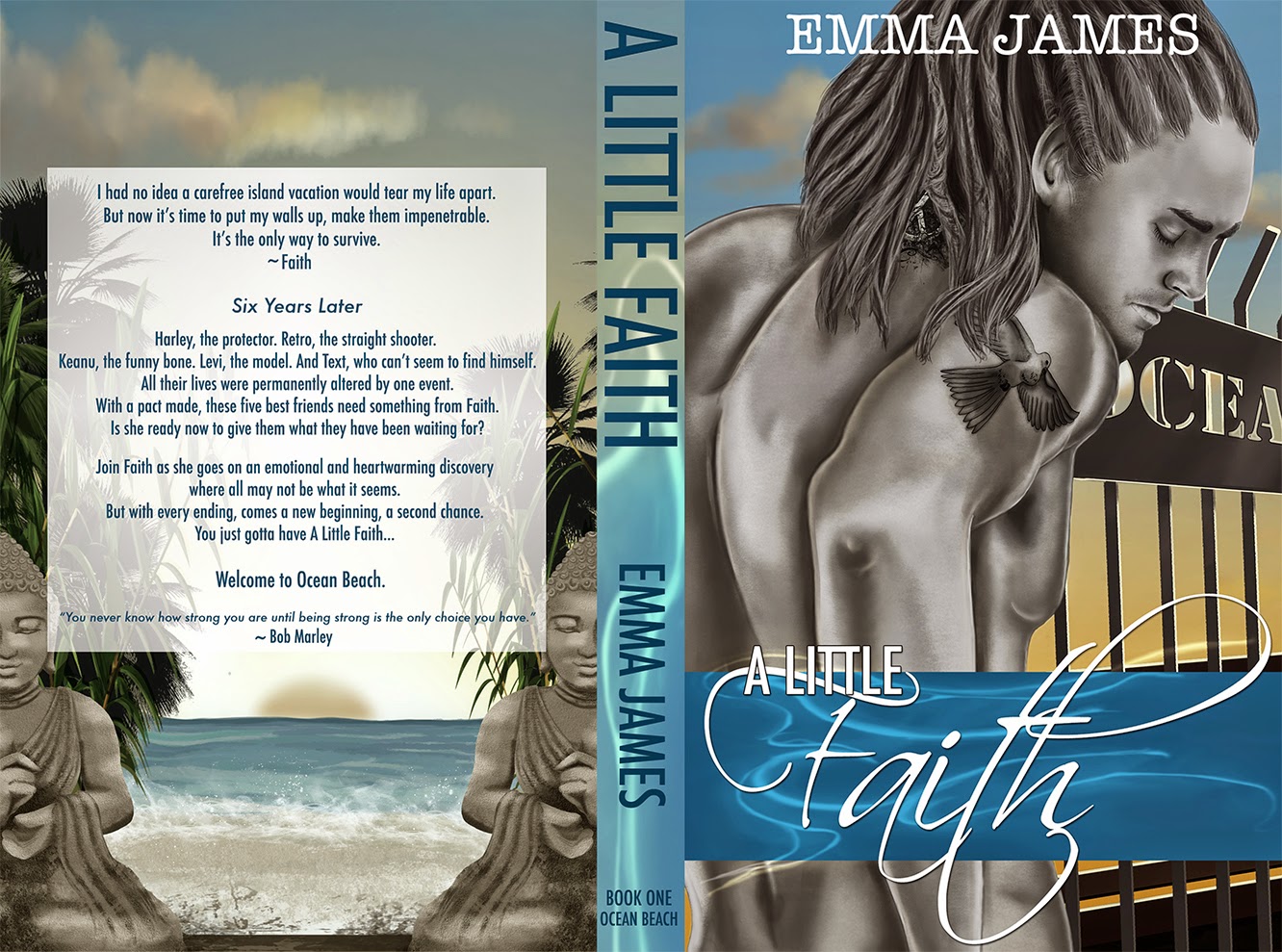 Title: A Little Faith
Author: Emma James
Publication date: 9th October 2014
Genres: Contemporary, New Adult, Romance
I had no idea a carefree island vacation would tear my life apart.
But now it’s time to put my walls up, make them impenetrable.
It’s the only way to survive.
~Faith

Harley, the protector. Retro, the straight shooter.
Keanu, the funny bone. Levi, the model. And Text, who can’t seem to find himself.

All their lives were permanently altered by one event.

With a pact made, these five best friends need something from Faith.

Is she ready now to give them what they have been waiting for?

Join Faith as she goes on an emotional and heartwarming discovery where all may not be what it seems.

But with every ending, comes a new beginning, a second chance.

You just gotta have A Little Faith...

“You never know how strong you are until being strong is the only choice you have.”
~ Bob Marley 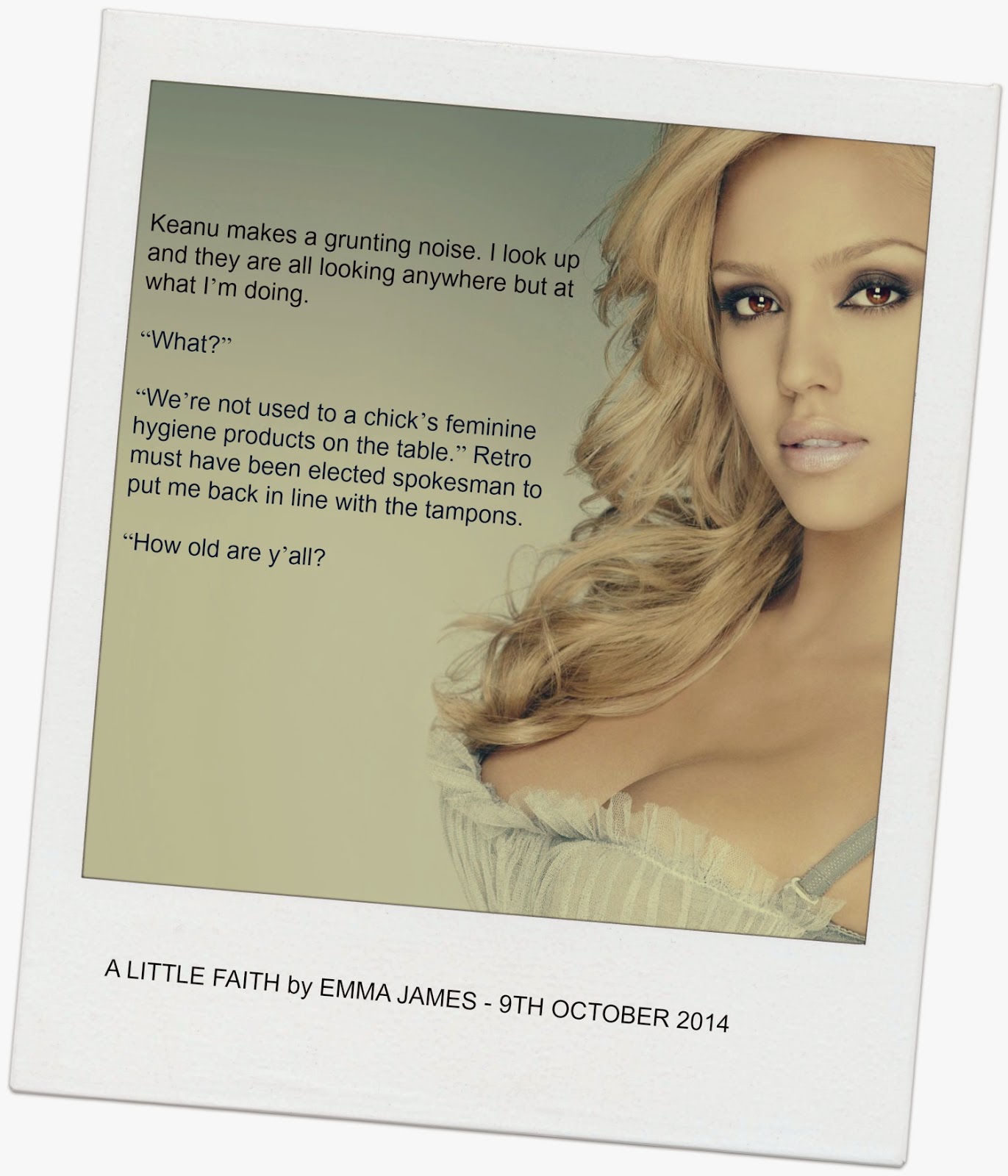 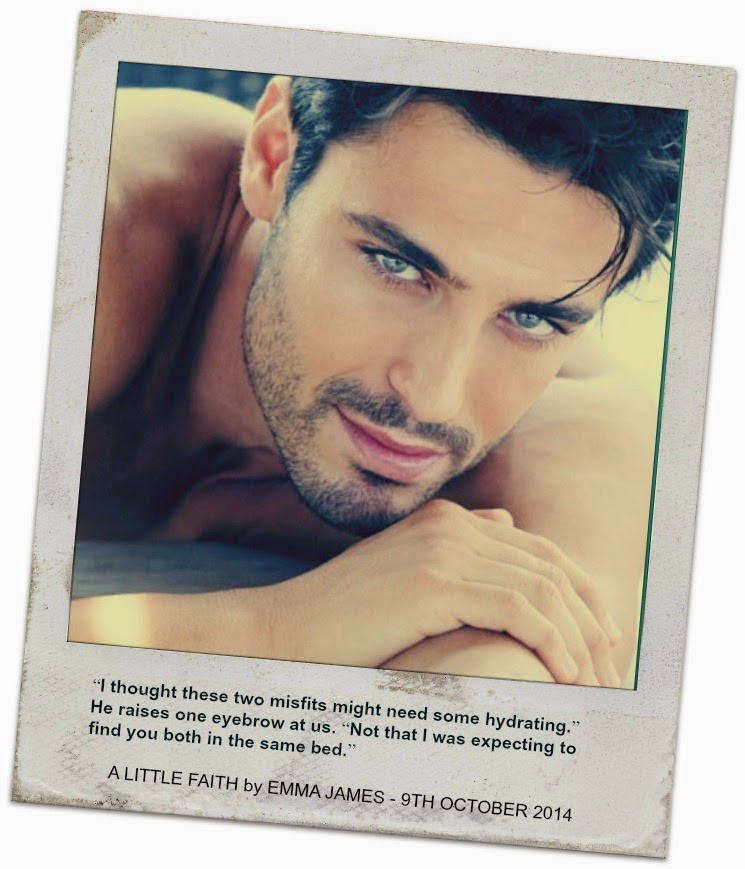 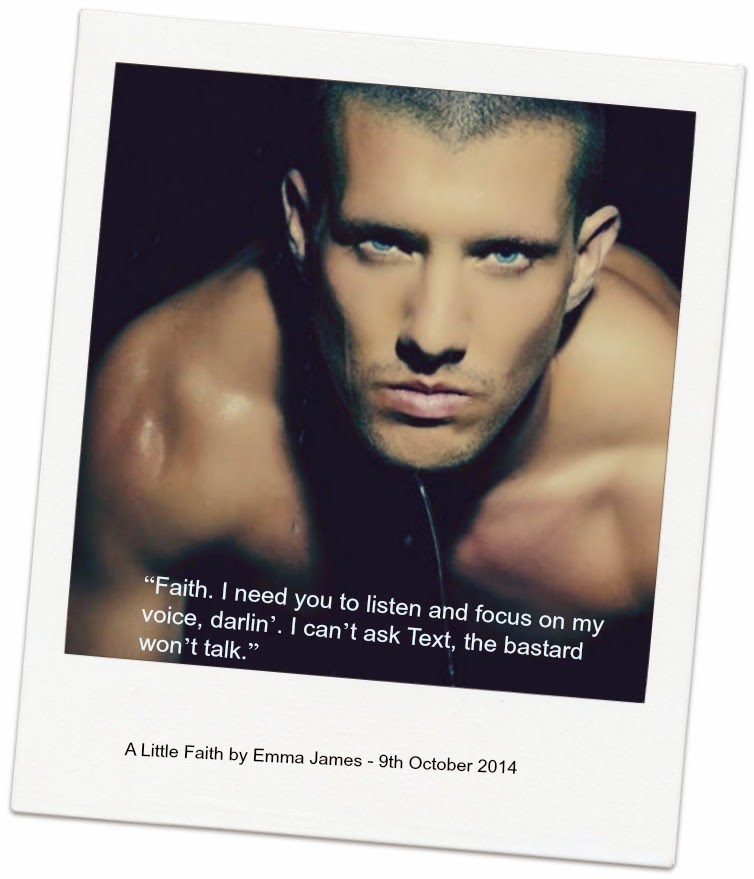 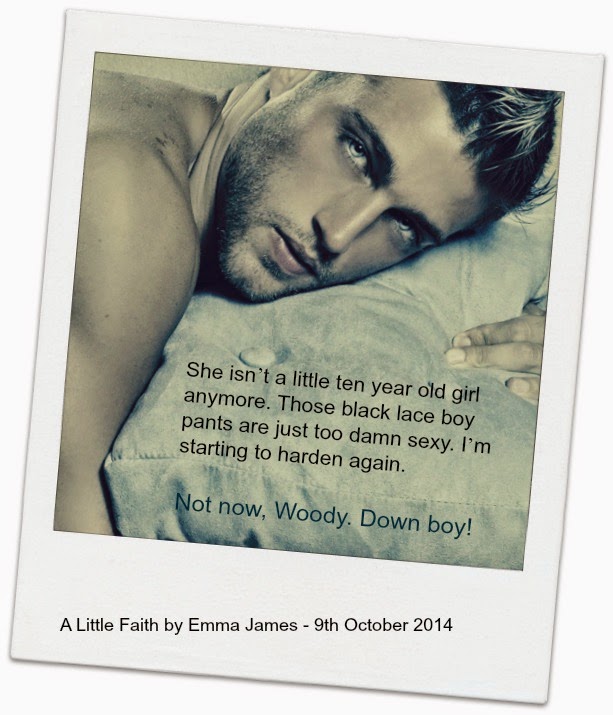 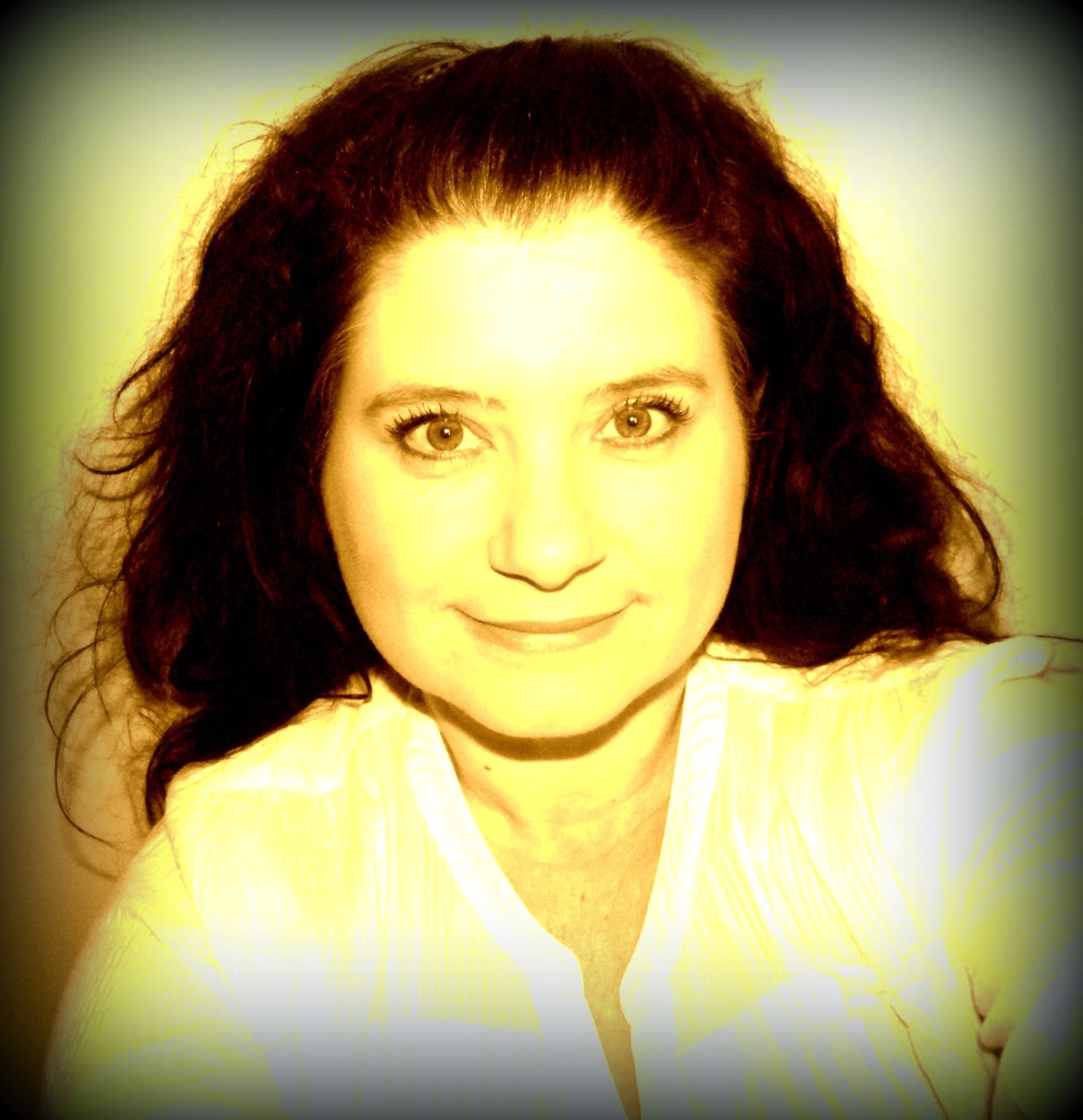 Emma James lives in Queensland, Australia with her smexi husband ,three children and a big black Labrador. Life is busy and most entertaining in the James household. She often bounces ideas off her family and gets very creative responses. She loves to read as much as write. Daytime for writing, night time for reading.

She hopes to surprise you with her debut book, A Little Faith.

5 x Mobi files – A Little Faith , up for grabs. Prizes will be sent out on 10th October 2014 a Rafflecopter giveaway

I have to say a BIG CONGRATS to Emma. I know this is such a big milestone for you and I'm so thrilled to be a part of this and help you celebrate this!