Book Shelf: Every Word (Every #2) by Ellie Marney 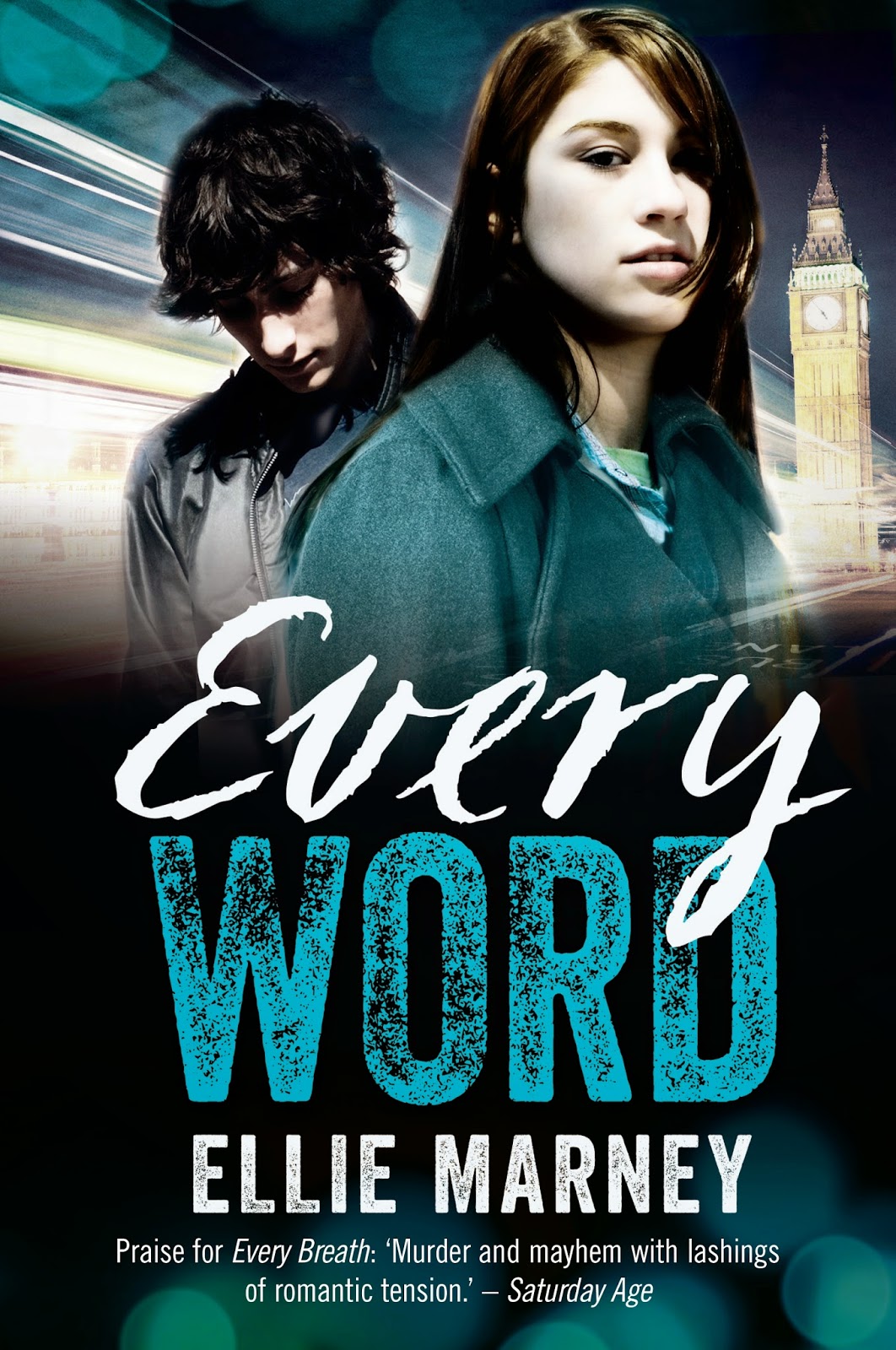 James Mycroft has just left for London to investigate a car accident similar to the one that killed his parents seven years ago...without saying goodbye to Rachel Watts, his 'partner in crime'.

Rachel is furious and worried about his strange behaviour - not that Mycroft's ever exactly normal, but London is the scene of so many of his nightmares. So Rachel jumps on a plane to follow him...and lands straight in a whole storm of trouble.

The theft of a copy of Shakespeare's First Folio, the possible murder of a rare books conservator, and the deaths of Mycroft's parents...Can Watts help Mycroft make sense of the three events - or will she lose him forever?

Sparks fly when Watts and Mycroft reunite in this second sophisticated thriller about the teen sleuthing duo.

Every Word is the sequel to Ellie Marney’s sensational debut Every Breath and is as easily as good as the first! With its rich setting and personable characters, Every Word will easily captivate with its thrilling storyline and the electric chemistry shared by its main characters.

I have to say, this is good Australian fiction, plain and simple. Admittedly I don’t read a lot of it, probably less than I should as a proud Australian, but even I can recognize well written and well told Aussie fiction. Set in the urban setting of Melbourne, Every Word continues to follow Australian teenager Rachel Watt’s and her best friend/neighbor turned boyfriend James Mycroft and sees the two teens jet off to London to help solve yet another mysterious murder.

I truly found myself falling in love with Rachel and Mycroft in the first book and I only love them together so much more after reading the second. Perhaps it’s because I haven’t read a lot of books like this, but I really appreciate the freshness and uniqueness Marney has brought to the page with her characters and storylines. It may seem far fetched—two teens so easily inserting themselves into different murder investigations, but the authenticity of the characters means this is never an issue. At least not for me; I just loved seeing two intelligent and focused Aussie teens doing what they do best.

Whilst the first book was set entirely in Melbourne, Every Word takes readers on a different kind of adventure with Marney taking her readers into the heart of London when Mycroft races off to assist in a murder investigation in his home country and Rachel soon follows. The setting of Every Word brings some authentic English culture and life to the story when our teens experience some every day London life whilst assisting in the investigating.

Rachel and Mycroft really are fantastic characters to read about. And don’t even get me started on the sexual tension that runs rampant between them! Rachel is a typical Australian teen; natural and normal, but she’s also very intelligent and daring, something that makes her the perfect match for Mycroft.

James Mycroft is one of those characters who are incomparable to anyone else. The way he thinks, acts and questions things is uniquely his own and I honestly think there isn’t a character out there like him. Being British and extremely quick thinking and intelligent, the likeliness between Mycroft and the infamous Sherlock Holmes is something Ellie Marney plays with well, and yet she still manages to give him his own distinct personality. Mycroft is a very haunted individual and has a difficult time letting people in, something he and Rachel struggle with throughout the series but he is making process with.

Mycroft and Rachel are, at their base, best friends. Theirs is a relationship built on an extremely strong foundation of friendship that steadily progressed over time into a romantic relationship. The thing I really love about them is that they’re actually really awkward with each other at times, but I can’t help but feel like this only enhances the natural chemistry they share. I adore their romantic interactions and seeing their physical relationship develop. These two are really fun to read about and I very much enjoy seeing their romance continue to blossom. I hope Marney continues to allow them to grow and keeps them strong together.

Overall, Every Word is a superb follow-up to Ellie Marney’s debut and Marney delivers yet another brilliant instalment. This chapter of the series ends wonderfully, but I’m still geared up for the third and final book Every Move!

Source: Sent for review by Allen & Unwin (Thank you Lara!)
Format: Paperback
Buy it: Bookworld | The Nile |  Kobo | Amazon
My Recommendation: If you love murder mystery think Aussie gem will be exactly what you're looking for!
Cover: Excellent with the first book's cover
Will I read sequel/continue with series: Yes--I can't wait until the next book!