Welcome to the blog tour for I Become Shadow by Joe Shine thanks to the guys over at Soho Press! Today Joe is stopping by to talk about how be came into writing and I also have a tour wide giveaway to share. 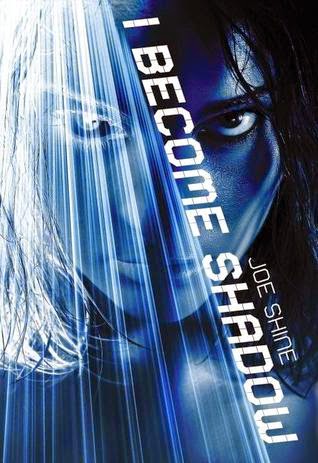 Ren Sharpe was abducted at fourteen and chosen by the mysterious F.A.T.E. Center to become a Shadow: the fearless and unstoppable guardian of a future leader. Everything she held dear—her family, her home, her former life—is gone forever.

Ren survives four years of training, torture, and misery, in large part thanks to Junie, a fellow F.A.T.E. abductee who started out as lost and confused as she did. She wouldn’t admit it was possible to find love in a prison beyond imagining, but what she feels for Junie may just be the closest thing to it.

At eighteen they part ways when Ren receives her assignment: find and protect college science student Gareth Young, or die trying. Life following a college nerd is uneventful, until an attack on Gareth forces Ren to track down the only person she can trust. When she and Junie discover that the F.A.T.E. itself might be behind the attacks, even certain knowledge of the future may not be enough to save their kidnappers from the killing machines they created.

I came to writing late in life which I believe is a bit unique in this world.  I think when you speak with most writers they’ll tell you they’ve loved writing since childhood, or that it’s been so long they can’t remember life without it.  Many will attribute this young start to a parent, or teacher who encouraged them.  The only encouragement I got concerning writing was from my English teacher who ‘encouraged’ me to drop AP English because I was so horrible at it.  So for most of my youth I saw writing as something I did because school required me to do it and nothing more.  I got no pleasure from it, and all it did was stand in the way of something else I’d rather be doing.  This feeling lasted for far too long and possibly never would have changed had it not been for grad school.


In order to keep our brains from melting my grad program had a required creative writing class stuck in the middle of it.  The idea made me smile.  Required creative writing.  Wasn’t writing supposed to be organic, fun, inspired?  The idea of the class being required did nothing to help change my feelings towards writing and I dreaded taking it.  Once again I was being forced to write for school with no choice in the matter.  Ugh.
Our first assignment was to write down three ideas for stories and then the class would vote on which one we would use for our project.  I didn’t even get the final say in what I would write?  This was going to be horrible.  Once our story was chosen we were to write out a one page summary outlining the major plot points.  Something very strange happened to me when I sat down to do this later that evening.  I wrote five pages instead of one and enjoyed every moment of it.  The next assignment was to turn our one page outline into a more detailed five pages.  I wrote 20.  And I was officially hooked.

Many years later I sat down with a computer, took a deep breath, and decided to take a stab at writing a book.  I BECOME SHADOW is what came out.

Joe Shine grew up in Austin, TX (the greatest city ever) and is a graduate of Texas A&M University. He has a MFA from the Peter Stark Producing Program at the University of Southern California, and after brief stints in Los Angeles and Washington DC Joe returned home to Austin (repeat: the greatest city ever). Joe has a normal human job like most everyone else but hopes to become a full time writer one day, and this is where you, the reader, must do him a really big solid and love I Become Shadow, his debut novel.