Welcome to the Book Blitz for The Camelot Code by Mari Mancusi thanks to YA Reads Blog Tours! Today I have all the book info and a really cute giveaway to share with you guys--enjoy! 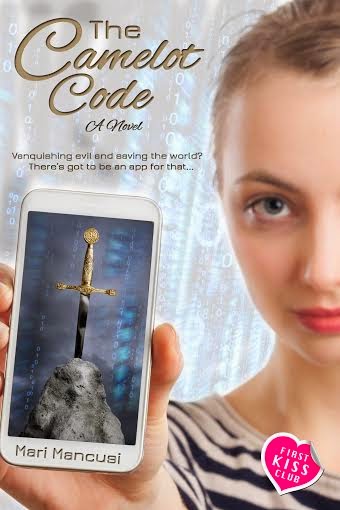 All fourteen-year-old gamer girl Sophie Sawyer wants to do is defeat Morgan Le Fay in her favorite Arthurian videogame. She has no idea the secret code sent via text message is actually a magical spell that will send her back in time to meet up with a real life King Arthur instead.

Of course Arthur’s not king yet–he hasn’t pulled the sword from the stone–and he has no idea of his illustrious destiny. And when a twist of fate sends him forward in time–to modern day high school–history is suddenly in jeopardy. Even more so when Arthur Googles himself and realizes what lies in store for him if he returns to his own time–and decides he’d rather try out for the football team instead.
Now Sophie and her best friend Stuart find themselves in a race against time–forced to use their 21st century wits to keep history on track, battle a real-life version of their favorite videogame villain, and get the once and future king back where he belongs. Or the world, as they know it, may no longer exist. Mari Mancusi always wanted a dragon as a pet. Unfortunately the fire insurance premiums proved a bit too large and her house a bit too small–so she chose to write about them instead. Today she works as an award-winning young adult author and freelance television producer, for which she has won two Emmys.

When not writing about fanciful creatures of myth and legend, Mari enjoys goth clubbing, cosplay, snowboarding, watching cheesy (and scary) horror movies, and her favorite guilty pleasure—playing videogames. A graduate of Boston University, she lives in Austin, Texas with her husband Jacob, daughter Avalon, and their dog Mesquite.

Giveaway: Arthurian charm necklace (US ONLY) 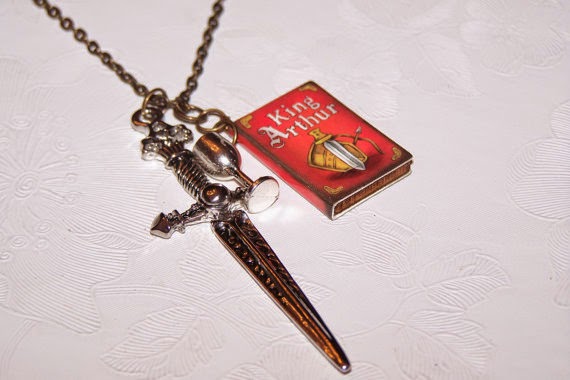