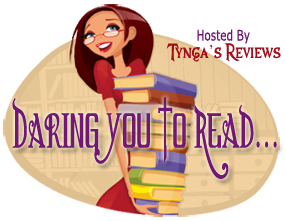 Daring You To Read is a new weekly meme hosted by Tynga of Tynga's Reviews, where you get to dare your followers to read a favourite book of yours (if it's at least 6 months old).
In celebration of this new meme, Tynga is giving away a surprise book as part of the two week kick off. To enter, simply participate in the meme. Head on over to join in the fun!

The Summoning by Kelley Armstrong 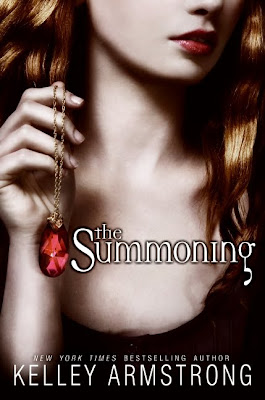 After years of frequent moves following her mother’s death, Chloe Saunders’s life is finally settling down. She is attending art school, pursuing her dreams of becoming a director, making friends, meeting boys. Her biggest concern is that she’s not developing as fast as her friends are. But when puberty does hit, it brings more than hormone surges. Chloe starts seeing ghosts–everywhere, demanding her attention. After she suffers a breakdown, her devoted aunt Lauren gets her into a highly recommended group home.

At first, Lyle House seems a pretty okay place, except for Chloe’s small problem of fearing she might be facing a lifetime of mental illness. But as she gradually gets to know the other kids at the home–charming Simon and his ominous, unsmiling brother Derek, obnoxious Tori, and Rae, who has a “thing” for fire–Chloe begins to realize that there is something that binds them all together, and it isn’t your usual “problem kid” behaviour. And together they discover that Lyle House is not your usual group home either…

Add it here
Why I'm daring you:
Kelly Armstrong seems to be so loved for her adult series, but I often find her Darkest Powers Trilogy is over looked. This is the first book in the series and it rocks. Join Chloe Saunders as she begins to see ghosts and gets sent to an asylum for troubled kids who really isn't what it appears. This series is seriously addictive and you won't regret reading it.

Email ThisBlogThis!Share to TwitterShare to FacebookShare to Pinterest
Labels: Daring You To Read