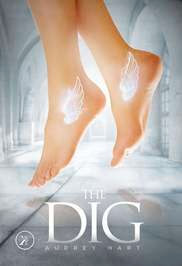 Zoe Calder has always been an outsider. Stashed away in boarding schools since her parents died, Zoe buries herself in the study of ancient worlds. Her greatest thrill is spending her summers with her archeologist aunt and uncle on digs around the world. And one day, while investigating a newly unearthed temple in Crete, Zoe discovers a luminous artifact that transports her to ancient Greece.

As Zoe quickly learns, the Olympian Gods are real, living people—humans with mysterious powers… Powers that Zoe quickly realizes she has come to possess, as well. However, when the people of ancient Greece mistake Zoe for an Olympian, the Gods must restore the balance of the ancient world… No matter what.

Zoe is forced to play a confusing and dangerous game as Hera rallies the gods against her—all except for Zeus, the beautiful, winged young god who risks everything to save her.

Out of time and out of her element, teenager Zoe Calder finds herself in ancient Greece, battling against the power of the Olympians and the vengeance of a scorned goddess—all for the strange and mysterious boy she has come to love.


Thoughts:
Not only is this a book I'm just dying to read, but how incredibly beautiful is this cover? It's so etheral and mesmerising and I just can't help but stare at it. The colours, the shades of it, those tiny little wings....it's just beautiful!