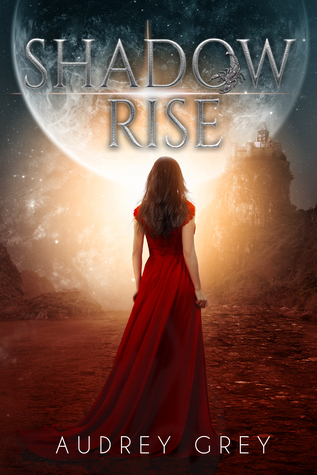 One rash decision during the Shadow Trials led to unspeakable horrors that left innocents dead, friends injured and hunted by the Empire, and Maia Graystone imprisoned in the Tower at the Archduchess’s mercy.

Unsure if Riser Thornbrook survived, Maia must find a way to battle the Empire from within its own walls and escape so she can fulfill the promise to her father and stop the asteroid. But when she breaks free and joins Nicolai's Rebel army, she discovers she’s been branded a traitor. With war between the Rebels and the Empire looming, old alliances shifting, and suspicion hanging over her head, she must fight in the Rebel Blood Courts—and win command—to regain their trust.

Only problem is, first she has defeat the reigning champion, someone she knows all too well. Will Maia’s emotions lead to her defeat, or will she rise up and claim her victory?
Thoughts:
SQUEEEEE! I'm soooooo excited for this book and absolutely stoked by this description. Personally I loved the first book Shadow Fall and am so dying to be with Maia and Riser again. Audrey Grey is killing me with this November 2017 release date, but I'll wait with baited breath for this beauty to be released. Oh, and speaking of beauty....how stunning is that cover?!? It's rocking!
Have you read the first book in this series? (If not I suggest you do!)
And what are you waiting on this week?