Today on The Rest Is Still Unwritten I'm happy to be celebrating the release of Ignite by Danielle Rogland! Ignite is Danielle Rogland's debut novel and an is an enjoyable dystopian read.

My review of Ignite went live yesterday and I hope you enjoy the excerpt I have today to share. 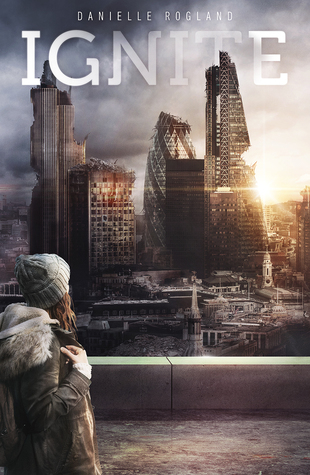 In the ruins of dystopian London, the Empire rules through fear and fire.

“Everyone knew about ‘The Flames’ and how much trouble they had caused the Empire. They were the only rebel group anyone knew of that had lasted longer than a few months without getting caught, leaving candles behind whenever they snatched somebody out of the Empire’s grasp. To get involved with people like them is stupid. So stupid.”

Ever since her parents were murdered by the empire’s agents, Jacks has been living on the street as a pickpocket trying to keep away from trouble. When she accidentally witnesses the rebel group ‘The Flames’ in the middle of an operation she is unwillingly swept up into their world, and has to decide if she’s going to go back to looking after herself or join the rebellion and help them fight for the people of London Ruins.

She knows that getting involved was stupid, but does she really have a choice?

Shouts. Warnings. I could hear footsteps echoing down the passageway, following after my distraction. I turned a corner and pressed up against a wall, listening to the footsteps slowing as they reached the scene of destruction.

I still hadn’t heard the shot. Maybe my distraction worked. What did I do? What the hell did I just do? I was breathing hard, my muscles tense as my veins flooded with energy and adrenaline, but I stayed perfectly still. I could feel hot blood trickling down my head beside my left eye, but the pain hadn’t come yet.

“It didn’t fall by itself,” I heard a burner’s voice say. How many of them had run after me when they heard the disturbance? Two, three, four?

“There’s no one over here. No one on the map.” That must be the female agent with the sensor.

“No one you can see, but if they have enough technology...” said another voice. So there were at least three of them.

“You think it’s The Flames?” the woman asked.

“Spread out and look around,” the third voice ordered. “They’re bound to have run that way.”

Oh, shit. I’d never been followed before. I’d stolen things from the government, messed with equipment, cut wires when the gang was with me. We’d liked to pull pranks and play the rebels, but I’d never done something like this on my own. Even with the gang, we’d never been pursued, except that once, when it ended.

I could hear their footsteps. I could hear their voices coming. I looked to both sides of me but there were no passageways, no caves, nowhere to run except farther down the tunnel, and they would see me. I couldn’t outrun a bullet.

A flood of terror surged through me. I couldn’t breathe. I heard them coming closer. I turned to flee, the only thing I could do, my one and only option even though I knew it was hopeless.

Just as I turned, a hand reached out from the wall behind me, clamped over my mouth as I screamed, and pulled me into the darkness...... 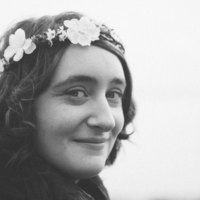 Danielle Rogland began writing Ignite at the age of 17, and finished at age 21. She is now 25 and lives in Seattle, Washington, where she earned her English degree from Seattle Pacific University, and works in marketing and freelance writing while working on her second novel. She grew up near Portland, Oregon, and was always one of those kids who carried around giant books like The Lord of the Rings to read during recess. She can currently be found frequenting comic conventions, pestering her three younger siblings, or hiding out in her home and posting things on social media.

Visit Danielle:
Goodreads | Twitter
Here's what Danielle had to say on whether Ignite will have a sequel.....
"Ignite was originally meant to be a stand alone novel - it's open ended, more because I wanted people to understand that the story of rebellion and re-building takes sometimes generations to end, not because I was intentionally leaving room for a sequel. But I do actually have some sequel ideas at the back of my mind that I've come up with recently, and I've considered writing one possibly after I finish working on some other projects."

YAY! I certainly hope to see more of this world in the future and join The Flames on more adventures!
Happy Release to Ignite! Be sure to check it out!