Thanks to GenreCrave, April marks a month of FREE BOOKS! Offering a range of titles including romance, fantasy, paranormal romance, sci-fi, dystopian and more there's 46 free books you can peruse and download to your hearts content!


Check on the banner below to head on over!

Here's a glimpse into NEPHILIM FALLING: A TRENTON INVESTIGATIONS NOVEL by Felicia Beasley whose novel DESCENT is one of the goes you can snag for free! 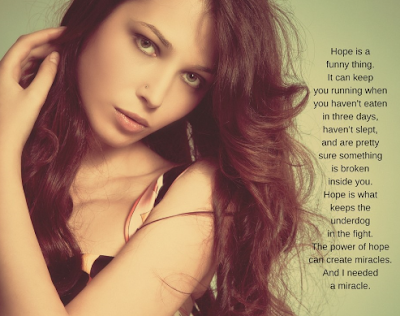 They say demons and angels don’t mix. I say people should mind their own damn business.

My brother, Damian, has been my rock ever since mom left. Didn’t matter that I'm demon-blooded. I was his and he was mine.

But nothing lasts forever.

He wants me to go to college. I’d rather fight a hundred sentinels than lead a boring, safe life hiding who I am. So when a nephilim goes missing, I go behind Damian’s back to find the teen. Maybe if I can solve the case, he will upgrade me to his partner in crime solving.

As bodies begin dropping, I realize I’m in way over my head. But there’s no way I’m going to admit that, not when my future hangs in the balance. It's do or die time, and I'm not going down without a fight.

Veronica Mars meets Buffy the Vampire Slayer in this murder mystery with attitude. Nothing but snark, butt-kicking, and sass. You’ve been warned…


Add on Goodreads or check out on Amazon!

Telling a girl she has to stay in the car and study while you and your bestie hunt down a swindling frog demon is like expecting a four-year-old to eat her broccoli while you eat a giant slice of chocolate cake.

Don’t be surprised when she lunges across the table and snatches it from your lips.

Just as Damian shouldn’t have been surprised when I flew out of the car at the first sight of the demon ribbiting out the back door of the bustling demon-run casino.

The biting winds of February cut my cheeks and brought tears to my eyes, blurring my vision. I only had an insulated parka for protection. Really needed to remember to put on a hat, mittens, and scarf next time I wanted to chase a bad guy in the middle of a Minnesotan winter.

The stench of swamp and mold hit my nose. I gagged. Even if I were a blind, deaf mute, I’d be able to follow this guy just with my sensitive nose.

I slipped on the ice patches coating the parking lot. I thanked my demon reflexes that I was able to remain on my feet and not land on my ass.

They should put down more salt. Wouldn’t want a pesky lawsuit or something.

He glanced over his shoulder, beady black eyes bugging out at how much I’d gained in just a few seconds. His powerful legs launched him high into the air. He landed farther with each leap as his feet hit grass. He hopped straight for the tree line in the distance. Probably hoped he could lose me in the dense thicket.

The casino was in no man’s land, but because it appealed to demons rather than humans, there was a nearby waypoint, just through the forest.

It saved on gas.

If he made it to the portal, he’d be gone. I wasn’t dumb enough to follow into the demon domain of Sheol. I liked living.

Snow crunched under my boots. Boots made for walking, not traipsing through a winter wonderland.

I pushed my legs to go faster, calves burning, arms pumping. A five-mile run every morning did wonders for my long-term stamina but did nothing to give me the burst of speed I needed to catch the fat toad.

You had to do sprints for that. I hated sprints.

Luckily I had some demon abilities to make up for the human-side deficiencies.

He broke the tree-line, swallowed by impenetrable darkness. My job just got a hell of a lot harder.

My pace slowed as I followed him into the foreboding forest. The snow here was packed tighter, with a narrow path all the demons used to go from the waypoint to gamble and drink to excess.

At first, there seemed to be too many tracks to know which belonged to the mad frog. Then I noticed where each step sank deeper into the snow. The stride was farther apart as well. Like someone had leaped with powerful fervor.

The trail of his hops swerved into the thicker woods where the snow was fresh and untouched except for his imprints.

I burst into a ten-by-ten clearing and stopped. The pristine snow marked the end of the line. There were no more footprints to follow. It took me a second to put the pieces together.