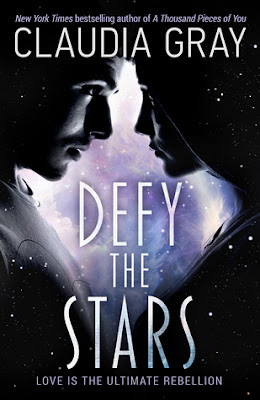 Noemi is a young and fearless soldier of Genesis, a colony planet of a dying Earth. But the citizens of Genesis are rising up - they know that Earth's settlers will only destroy this planet the way they destroyed their own. And so a terrible war has begun.

When Noemi meets Abel, one of Earth's robotic mech warriors, she realizes that Abel himself may provide the key to Genesis' salvation. Abel is bound by his programming to obey her - even though her plan could result in his destruction. But Abel is no ordinary mech. He's a unique prototype, one with greater intelligence, skill and strength than any other. More than that, he has begun to develop emotions, a personality and even dreams. Noemi begins to realise that if Abel is less than human, he is more than a machine. If she destroys him, is it murder? And can a cold-blooded murder be redeemed by the protection of a world?

Stranded together in space, they go on a whirlwind adventure through Earth's various colony worlds, alongside the countless Vagabonds who have given up planetary life altogether and sail forever between the stars. Each step brings them closer - both to each other and to the terrible decision Noemi will have to make about her world's fate, and Abel's.

Noemi is a well trained and capable soldier from the planet Genesis, fighting to defend her people from their enemy planet Earth. Abel is one of Earth's mechs; a perfectly created super machine, designed to fight in the war against Genesis and completely one of a kind. Highly intelligent and capable, Abel has spent thirty years alone on a ship lost in space, his conscience developing well past the expected levels of any mech. When one of Noemi's friends is injured in a battle against Earth, they seek refuge on the ship Abel inhabits, and Noemi quickly finds herself forced to rely on the human-like Abel to survive. When tragedy strikes, Noemi decides to make one last ditch effort to protect her people, but when it becomes clear Abel is far from the mindless machine she first thought him to be, will Noemi be able to make the ultimate sacrifice or will love change everything....

Claudia Gray is an author I have been reading for years. I first became a fan when I read her debut novel Evernight and have followed her career ever since. This woman never fails to write a stunning novel, but may have truly outdone herself with Defy the Stars! Perfect for fans of the Starbound series by Amie Kaufman and Meagan Spooner, Defy the Stars is a beautifully told and emotionally vivid story. I was very impressed with the well paced progression of the story and the way the characters and storyline developed.

I felt Noemi and Abel were well rounded and wonderfully developed. With the novel unfolding through the back and fourth point of views of both of them, Gray will make you fall absolutely in love with these two individuals who start out as enemies but soon come to develop a close and unexpected bond. Noemi and Abel are both honorable and noble characters who will make you contemplate who is in the right and who is in the wrong as they journey throughout the galaxy and come to see different point of views of the worlds around them and the ongoing war between planets.

As a mech, Abel was admittedly the highlight of the novel for me. Though I loved Noemi, Abel thrilled me from start to finish as he continued to experience new thoughts and feelings and became so very human. It was beautifully written on Claudia Gray's part, especially the complex relationship Abel has with his creator and the little things, such as adoring Casablanca, that made Abel such a personable character.

As the novel progresses, Defy the Stars will make you continually think and question things as you follow Noemi and Abel on their life changing journey. Entertaining and exciting, Defy the Stars was a spectacularly told story, well balanced and perfectly woven together story. Even if the ending of the novel did slay me and break my heart somewhat.

Perfectly written and so very good, Defy the Stars is a 2017 read I highly recommend and something I will continue to think about even though it's over. Can't wait to see what Claudia Gray has in store with this series next as there's so many facets of this world she could explore!